Dec 17, 2017 11:40 AM PHT
Rappler.com
Facebook Twitter Copy URL
Copied
Urduja (Kai-tak) is in the vicinity of Mobo, Masbate as of late Sunday morning, December 17. Its maximum winds are down to 55 km/h. 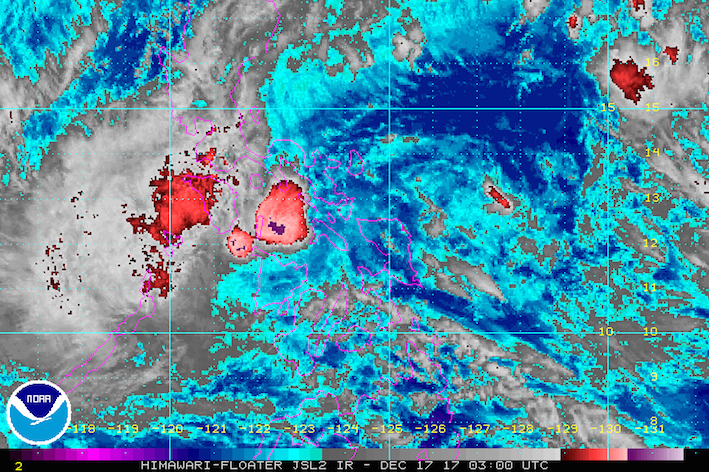 In a bulletin issued 11 am on Sunday, state weather bureau PAGASA said Urduja is already in the vicinity of Mobo, Masbate, moving west southwest at 15 kilometers per hour (km/h).

The tropical depression now has maximum winds of 55 km/h from the previous 60 km/h and gustiness of up to 90 km/h. (READ: EXPLAINER: How tropical cyclones form)

There are fewer areas under signal number 1: 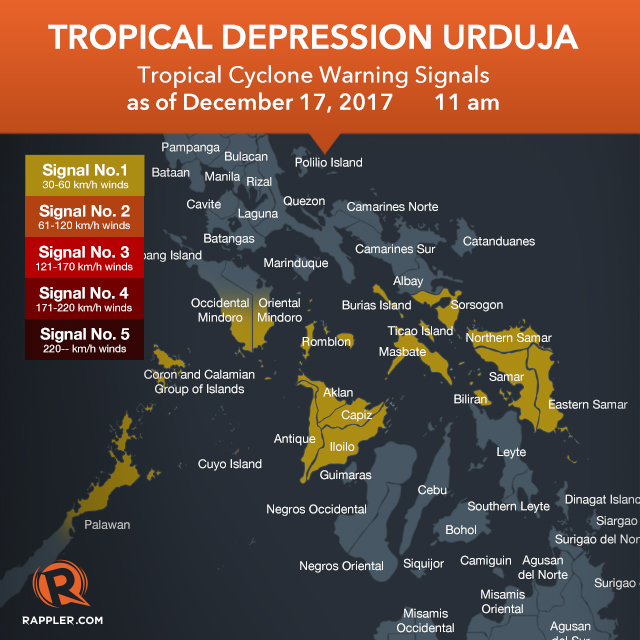 The DSWD said on Sunday that around 221,386 persons or 50,653 families across 4 regions are affected. (READ: #ReliefPH: Help victims of Urduja)

Based on its latest forecast track, Urduja will leave the Philippine Area of Responsibility (PAR) on Wednesday, December 20. 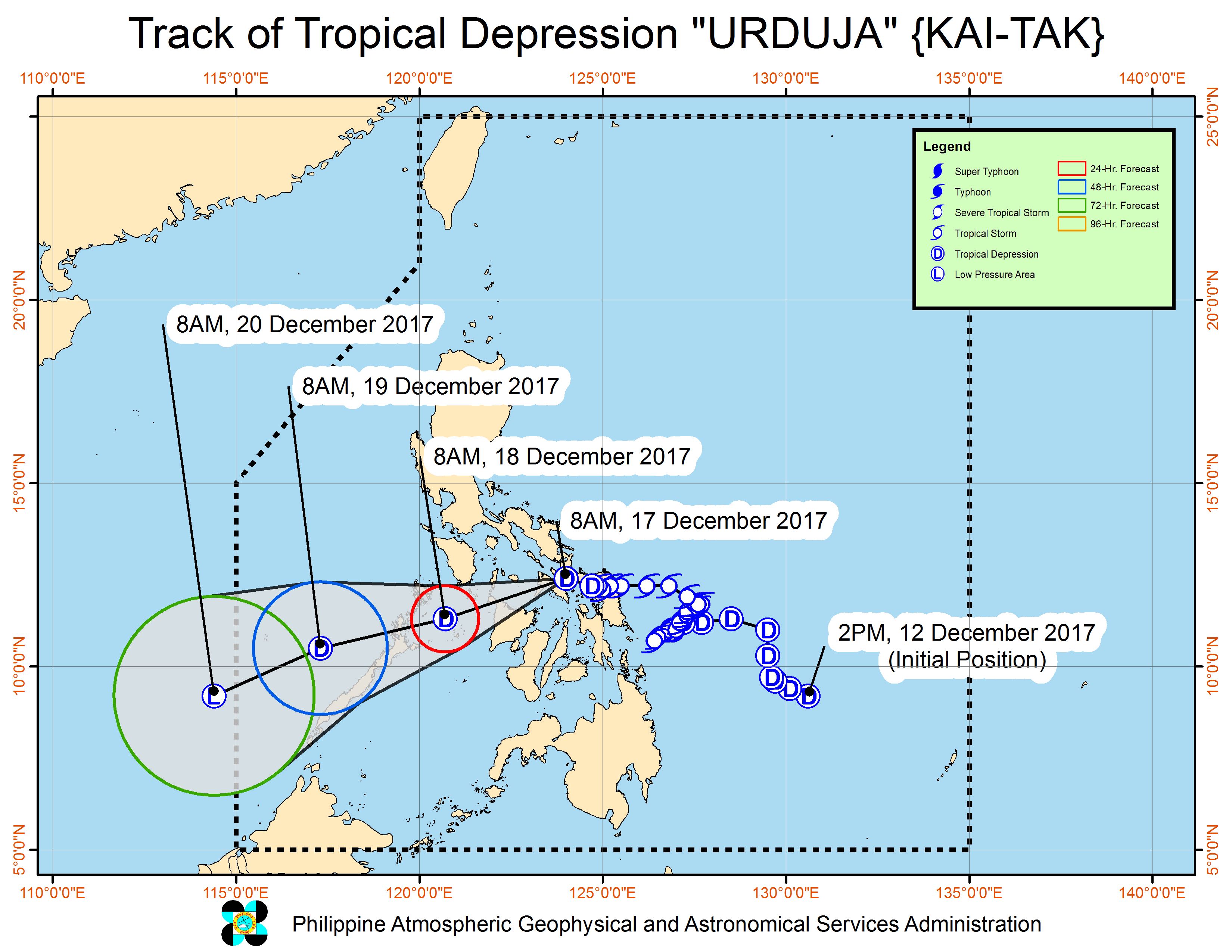 Aside from Urduja, PAGASA is also monitoring a tropical depression located 1,990 kilometers east of Mindanao, still outside PAR. It has maximum winds of 40 km/h and gustiness of up to 50 km/h.

The tropical depression will be given the local name Vinta once it enters PAR either on Wednesday or Thursday, December 21. – Rappler.com