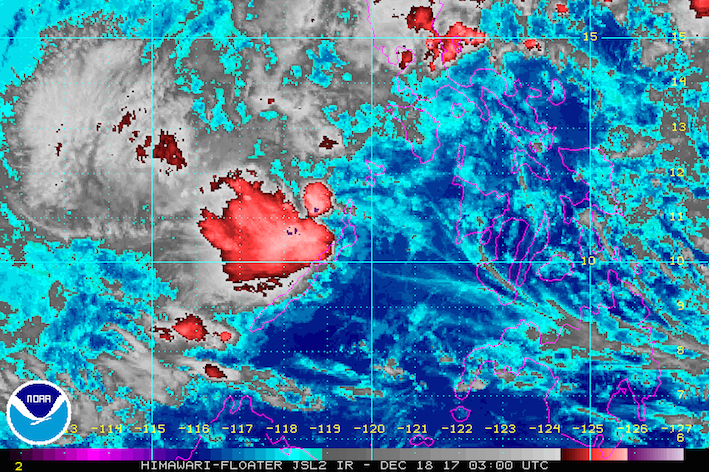 In a bulletin issued past 11 am on Monday, state weather bureau PAGASA said Urduja is already 90 kilometers north northwest of Puerto Princesa City, Palawan, moving west toward the West Philippine Sea at 18 kilometers per hour (km/h).

Urduja made landfall in the country 6 times:

Urduja, which was earlier a tropical storm before weakening into a tropical depression, left at least 26 people dead and 46 others missing, confirmed the National Disaster Risk Reduction and Management Council (NDRRMC) on Monday.

Urduja dumped heavy rain that triggered floods and landslides as well as disrupted travel, with its effects first felt in Eastern Visayas. (LOOK: Houses in Eastern Samar flooded due to Urduja)

Below are the top 5 areas which received the most rainfall in terms of millimeters (mm) last Friday, December 15.

In a statement on Sunday, Presidential Spokesperson Harry Roque gave an assurance that “vital services, such as preparedness and response to disasters or calamities shall continue with their operations even during holidays.”

Roque said the Department of Social Welfare and Development (DSWD) has a stockpile of 368,000 family food packs worth P223 million, food and non-food items worth P393 million, and available standby funds amounting to P245 million.

The DSWD earlier said around 221,386 persons or 50,653 families across 4 regions are affected. (READ: #ReliefPH: Help victims of Urduja) 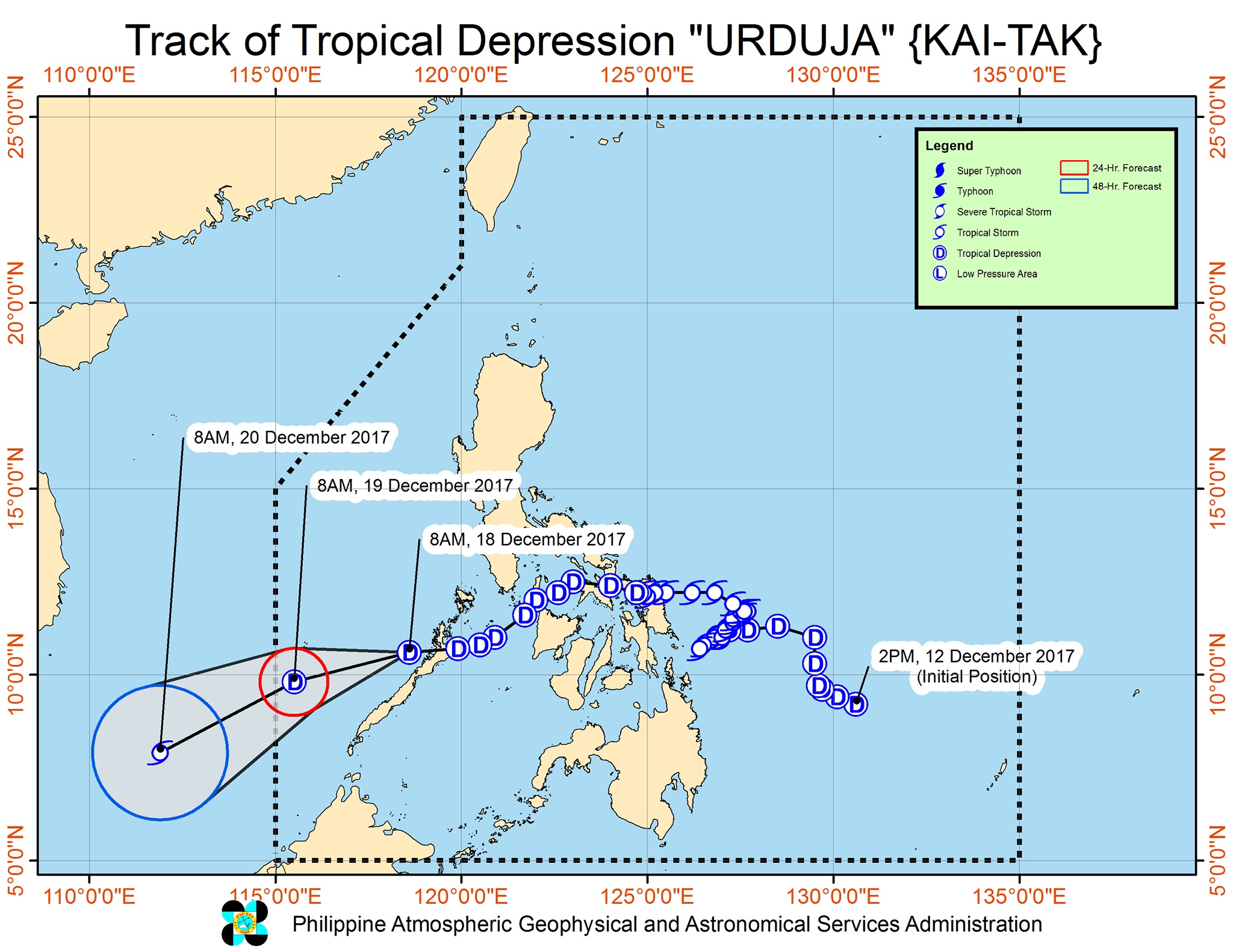 Meanwhile, the low pressure area (LPA) outside PAR – which used to be a tropical depression – is now located 1,500 kilometers east of Mindanao.

In the meantime, the tail-end of a cold front is also bringing light to heavy rain to Calabarzon, Bicol, Aurora, Oriental Mindoro, Occidental Mindoro, Marinduque, and Romblon on Monday. Residents of these areas should watch out for possible flash floods.

The Visayas and Mindanao will only have isolated thunderstorms. – Rappler.com