Dec 21, 2017 5:35 AM PHT
Rappler.com
Facebook Twitter Copy URL
Copied
Signal no. 2 is now raised in Surigao del Sur due to Tropical Storm Vinta (Tembin), while 13 other areas are under signal no. 1 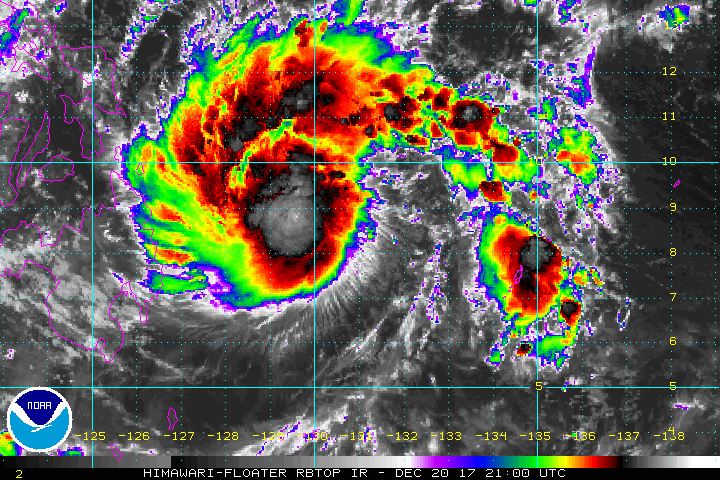 MANILA, Philippines – Tropical Depression Vinta strengthened into a tropical storm before dawn on Thursday, December 21, as it continued heading for land. It has been given the international name Tembin.

In a bulletin issued 5 am on Thursday, state weather bureau PAGASA said Vinta now has maximum winds of 65 kilometers per hour (km/h) from the previous 55 km/h and gustiness of up to 80 km/h from the previous 65 km/h.

PAGASA also warned that scattered to widespread rains are expected in Eastern Visayas, Caraga, and Davao within the next 24 hours. Residents of these areas should be on alert for possible flash floods and landslides.

Sea travel is risky in the eastern seaboard of Mindanao and the Visayas as well. (READ: FAST FACTS: Tropical cyclones, rainfall advisories)

Based on its latest forecast track, Vinta is expected to make landfall in the Surigao del Sur-Davao Oriental area between Thursday evening and Friday morning, December 22.

After landfall, the tropical storm is expected to cross Caraga, Northern Mindanao, the Zamboanga Peninsula, and southern Palawan. 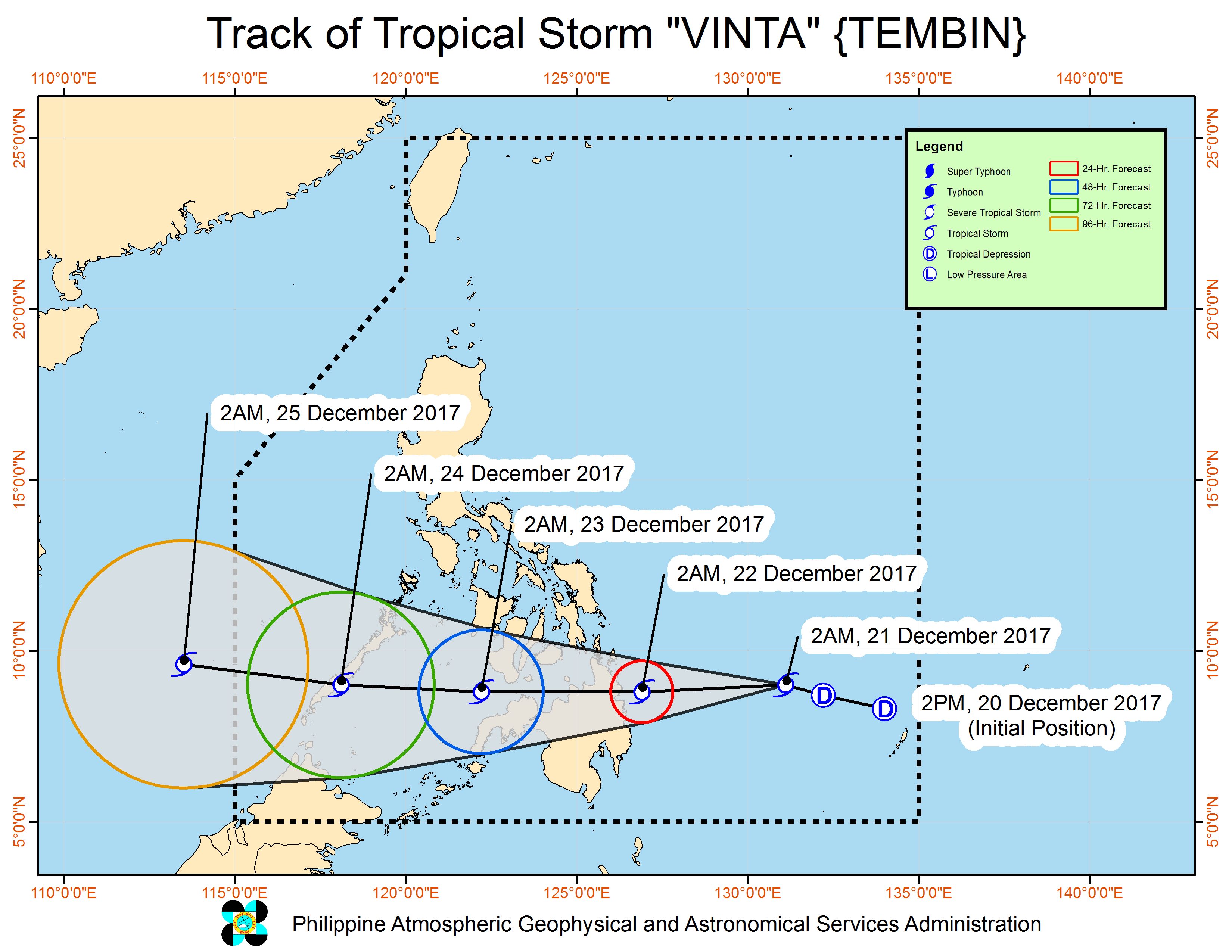 Meanwhile, the tail-end of a cold front will bring light to heavy rain on Thursday to the regions of Bicol, Mimaropa, and Calabarzon, as well as the provinces of Aurora and Quezon, including Polillo Island. Flash floods and landslides are possible.