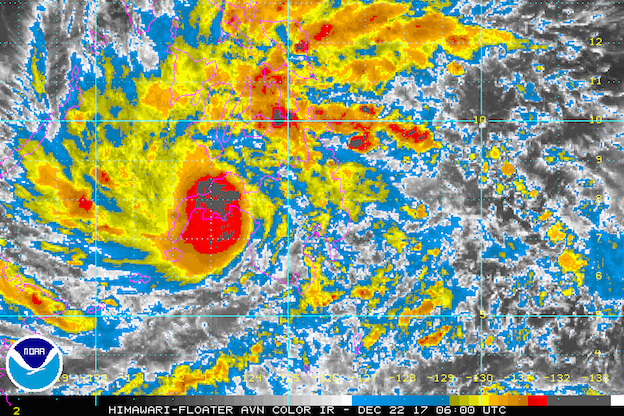 In a bulletin issued 2 pm on Friday, state weather bureau PAGASA said Vinta is moving west toward the Misamis Occidental-Zamboanga del Norte area at a slightly faster 20 kilometers per hour (km/h) from the previous 18 km/h.

Fewer areas are under signal number 2: 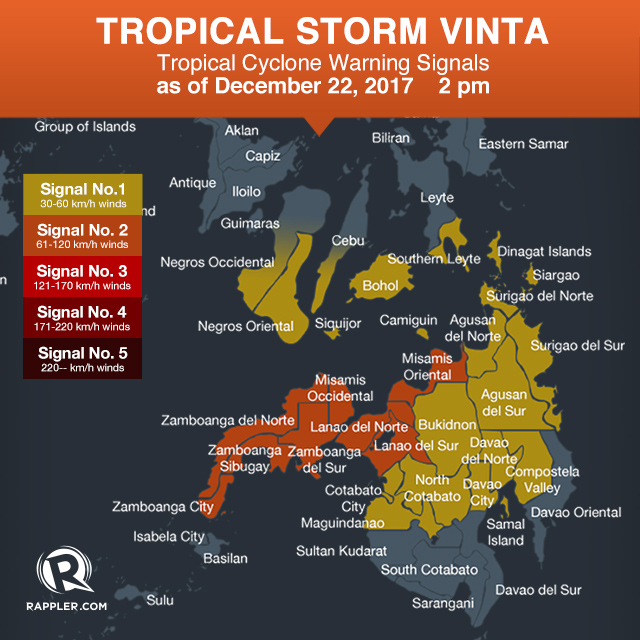 Though Vinta has weakened further, scattered to widespread rains will continue in the Visayas and Western Mindanao within the next 24 hours. Heavy flooding has already been reported in Lanao del Sur.

Sea travel is also risky in areas under signal numbers 1 and 2. Thousands of passengers have been stranded due to Vinta. (READ: FAST FACTS: Tropical cyclones, rainfall advisories)

The tropical storm is still expected to cross Northern Mindanao, the Zamboanga Peninsula, and southern Palawan. 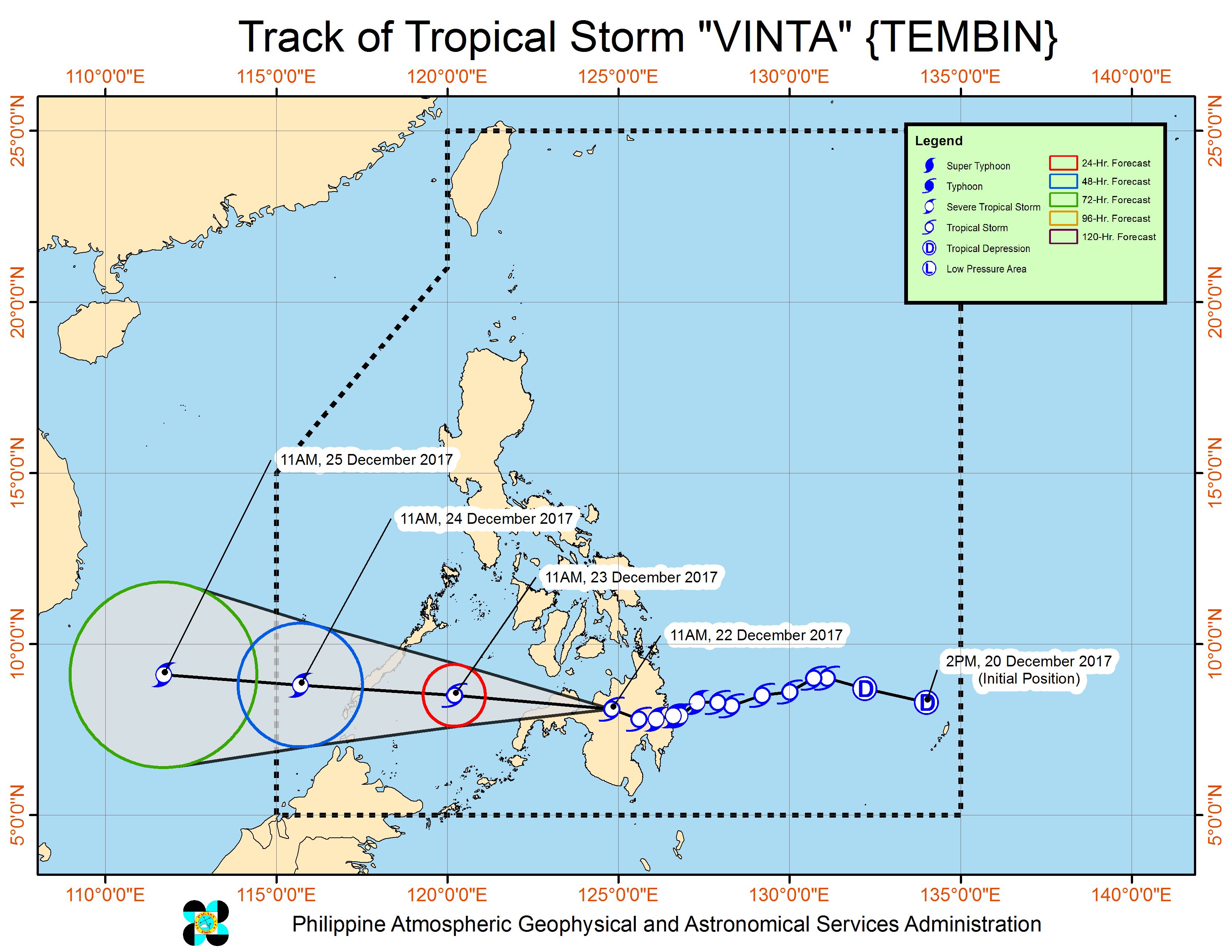 Meanwhile, the northeast monsoon will bring scattered rain to Luzon, but PAGASA said there will be “no significant impact.” – Rappler.com