Tropical Depression Vinta off to Sulu Sea after hitting Mindanao 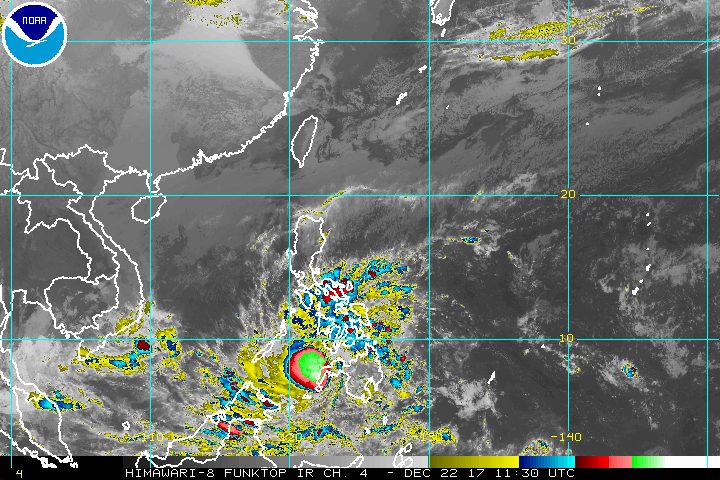 Facebook Twitter Copy URL
Copied
Signal no. 1 is now raised in southern Palawan, where Vinta (Tembin) will pass through after the Sulu Sea

In a bulletin issued 8 pm on Friday, state weather bureau PAGASA said Vinta is already in the vicinity of Naga, Zamboanga Sibugay, still moving west at 20 kilometers per hour (km/h).

The tropical depression continues to have maximum winds of 60 km/h and gustiness of up to 90 km/h. (READ: EXPLAINER: How tropical cyclones form)

Vinta had made landfall in Cateel, Davao Oriental as a severe tropical storm at 1:45 am on Friday. (READ: Nearly 16,000 evacuate as Vinta hits Davao Oriental)

So far, at least 3 people have been reported dead while 6 others are missing in the wake of Vinta’s onslaught.

Signal number 1 is raised over: Scattered to widespread rains will continue in the Visayas and Western Mindanao within the next 24 hours. PAGASA warned that these could trigger more flash floods and landslides. 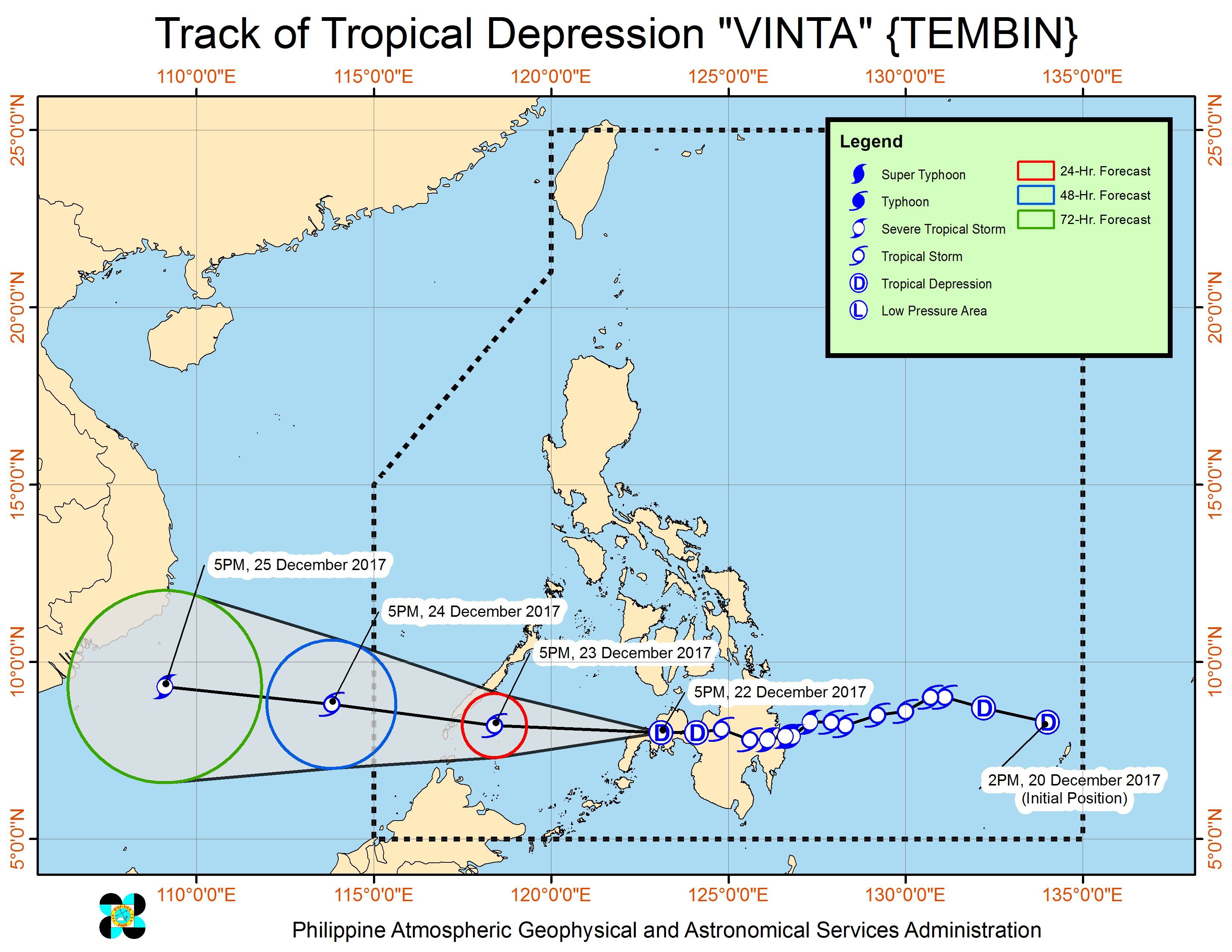 Meanwhile, the northeast monsoon will continue to bring scattered rain to Luzon, but PAGASA said there will be “no significant impact.” – Rappler.com