Vinta intensifies further on its way to southern Palawan

Dec 23, 2017 8:35 AM PHT
Rappler.com
Facebook Twitter Copy URL
Copied
Signal no. 2 is raised over southern Palawan while signal no. 1 is up in northern Palawan. Warning signals are lifted in Mindanao. 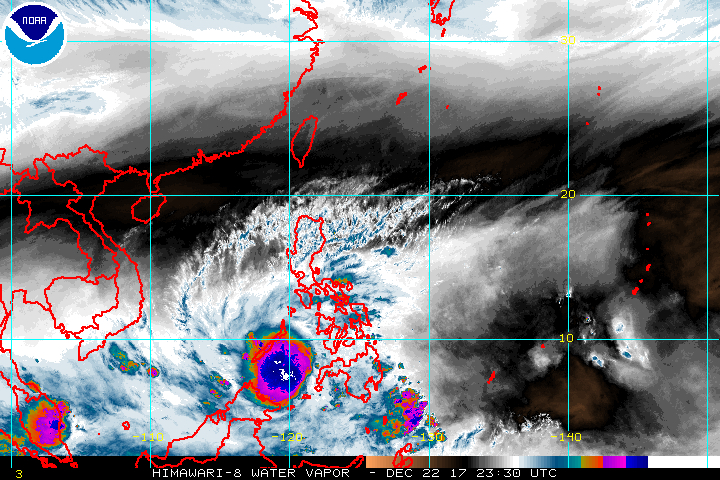 In a bulletin issued 8 am on Saturday, state weather bureau PAGASA said Vinta now has maximum winds of 80 kilometers per hour (km/h) from the previous 75 km/h and gustiness of up to 95 km/h from the previous 90 km/h.

There are no more areas in Mindanao under tropical cyclone warning signals.

But PAGASA said light to heavy rain is still expected in Mindanao, the Visayas, Bicol, and the rest of Mimaropa within the next 24 hours. (READ: FAST FACTS: Tropical cyclones, rainfall advisories)

Sea travel also remains risky in Palawan, the southern seaboard of the Mindoro provinces, and the western seaboard of Aklan and Antique. Thousands of passengers have been stranded due to Vinta.

Vinta had made landfall in Cateel, Davao Oriental as a severe tropical storm at 1:45 am on Friday, December 22. (READ: Nearly 16,000 evacuate as Vinta hits Davao Oriental)

In Lanao del Sur, 7 people have been reported dead and 4 others are missing, according to provincial authorities. Lanao del Sur and Cagayan de Oro are among the areas that experienced heavy flooding. 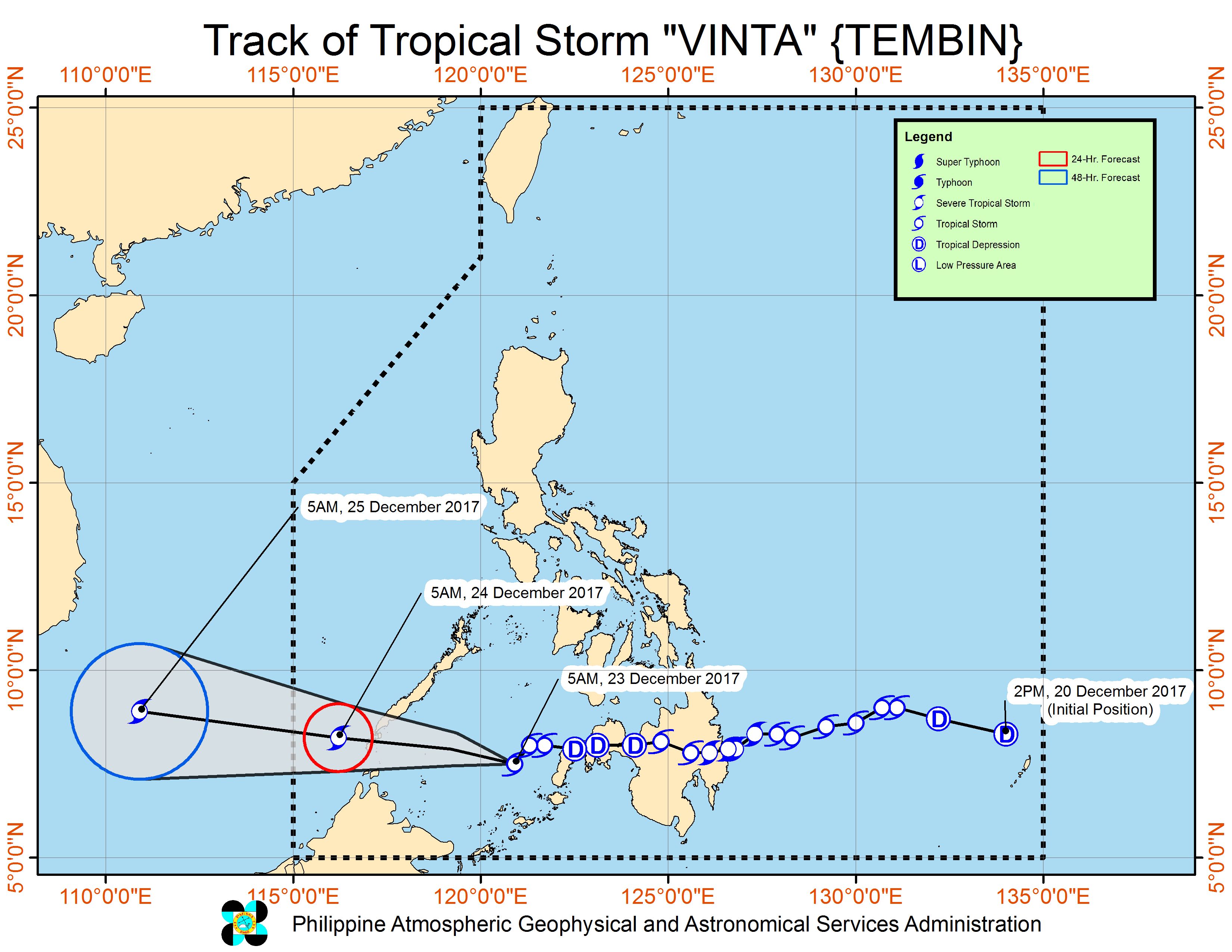 Meanwhile, the northeast monsoon will continue to bring scattered rain to Metro Manila, Cagayan Valley, and Cordillera, as well as the provinces of Aurora and Quezon, but PAGASA said there will be “no significant impact.” – Rappler.com