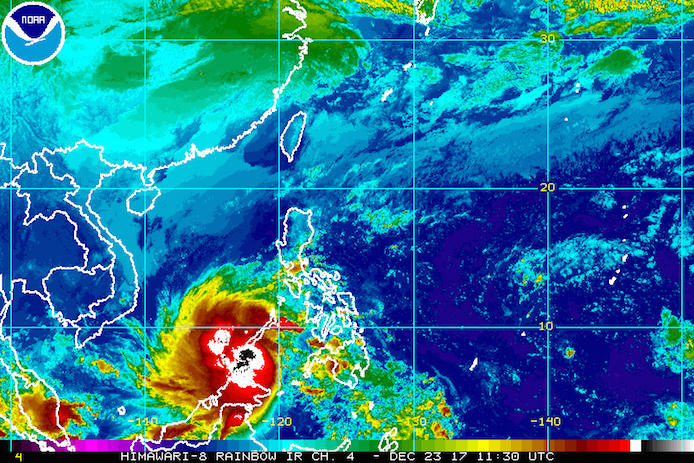 In a bulletin issued 8 pm on Saturday, state weather bureau PAGASA said Vinta now has maximum winds of 100 kilometers per hour (km/h) from the previous 90 km/h and gustiness of up to 135 km/h from the previous 115 km/h.

The 2nd landfall in Balabac, Palawan may happen between 10 pm and midnight on Saturday. Vinta earlier made landfall in Cateel, Davao Oriental as a severe tropical storm at 1:45 am on Friday, December 22. (READ: Nearly 16,000 evacuate as Vinta hits Davao Oriental)

PAGASA also said light to heavy rain is still expected in the Visayas, Mindanao, and the rest of Mimaropa within the next 24 hours. (READ: FAST FACTS: Tropical cyclones, rainfall advisories)

Sea travel also remains risky in Palawan and the southern seaboard of the Mindoro provinces. Thousands of passengers have been stranded due to Vinta.

The severe tropical storm has left more than 100 people dead, amid massive floods and landslides.

Lanao del Sur – which has been placed under a state of calamity – and Cagayan de Oro are among the areas that experienced heavy flooding. Hundreds of residents also evacuated in Davao City after a river overflowed. (READ: #ReliefPH: Help victims of Vinta) 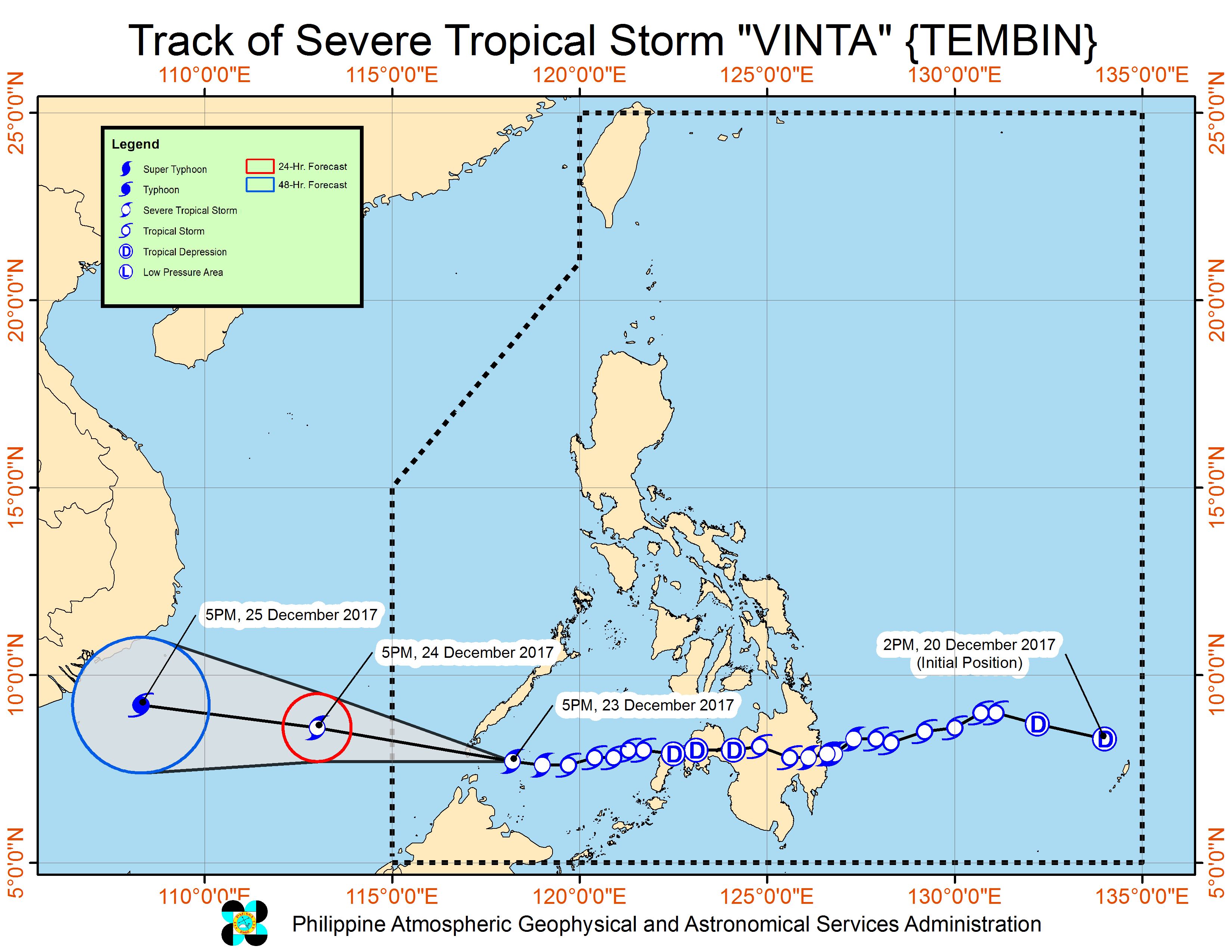 Eastern Visayas is still reeling from the damage wrought by Tropical Depression Urduja (Kai-tak), which battered the region as a tropical storm. Urduja left PAR last Tuesday, December 19, after leaving at least 45 people dead and around P1 billion in agricultural damage.

Meanwhile, the tail-end of a cold front will bring light to heavy rain to parts of Mimaropa, Bicol, and Quezon. PAGASA warned that there could be flash floods and landslides.

The northeast monsoon is also affecting Metro Manila, Cagayan Valley, and Cordillera, but PAGASA said there will be “no significant impact.” – Rappler.com