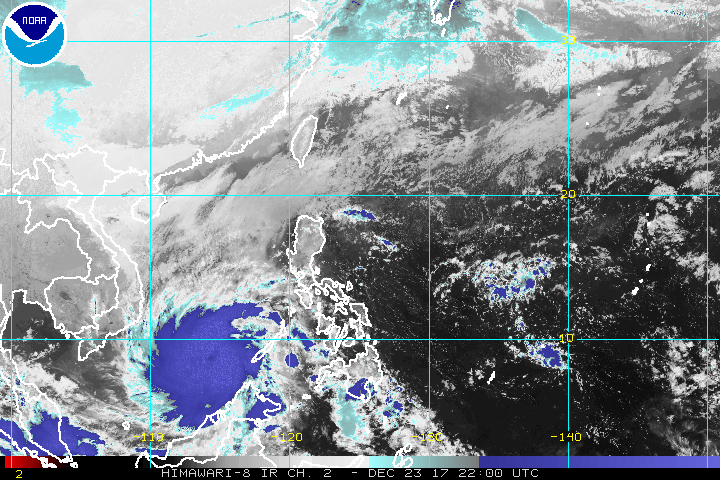 MANILA, Philippines – Severe Tropical Storm Vinta (Tembin) intensified into a typhoon as it started moving away from the country before dawn on Sunday, December 24, Christmas Eve.

In a bulletin issued 5 am on Sunday, state weather bureau PAGASA said Vinta is already 355 kilometers south southeast of Pag-asa Island, Palawan. It is moving west at a slightly faster 25 kilometers per hour (km/h) from the previous 23 km/h, heading for the western boundary of the Philippine Area of Responsibility (PAR).

At typhoon status, Vinta now has maximum winds of 120 km/h from the previous 105 km/h and gustiness of up to 145 km/h. (READ: EXPLAINER: How tropical cyclones form)

The southern part of Palawan is under signal number 1. Moderate to heavy rain will persist in the province, which may trigger flash floods and landslides. (READ: FAST FACTS: Tropical cyclones, rainfall advisories)

Sea travel also remains risky in the western seaboard of Palawan. Thousands of passengers were earlier stranded in various ports in the Visayas and Mindanao due to Vinta.

Vinta has left more than 200 people dead, amid massive floods and landslides.

Lanao del Sur – which was placed under a state of calamity – and Cagayan de Oro are among the areas that experienced heavy flooding. Hundreds of residents also evacuated in Davao City after a river overflowed. (READ: #ReliefPH: Help victims of Vinta)

Since Vinta is moving faster, it is expected to leave PAR on Sunday morning. 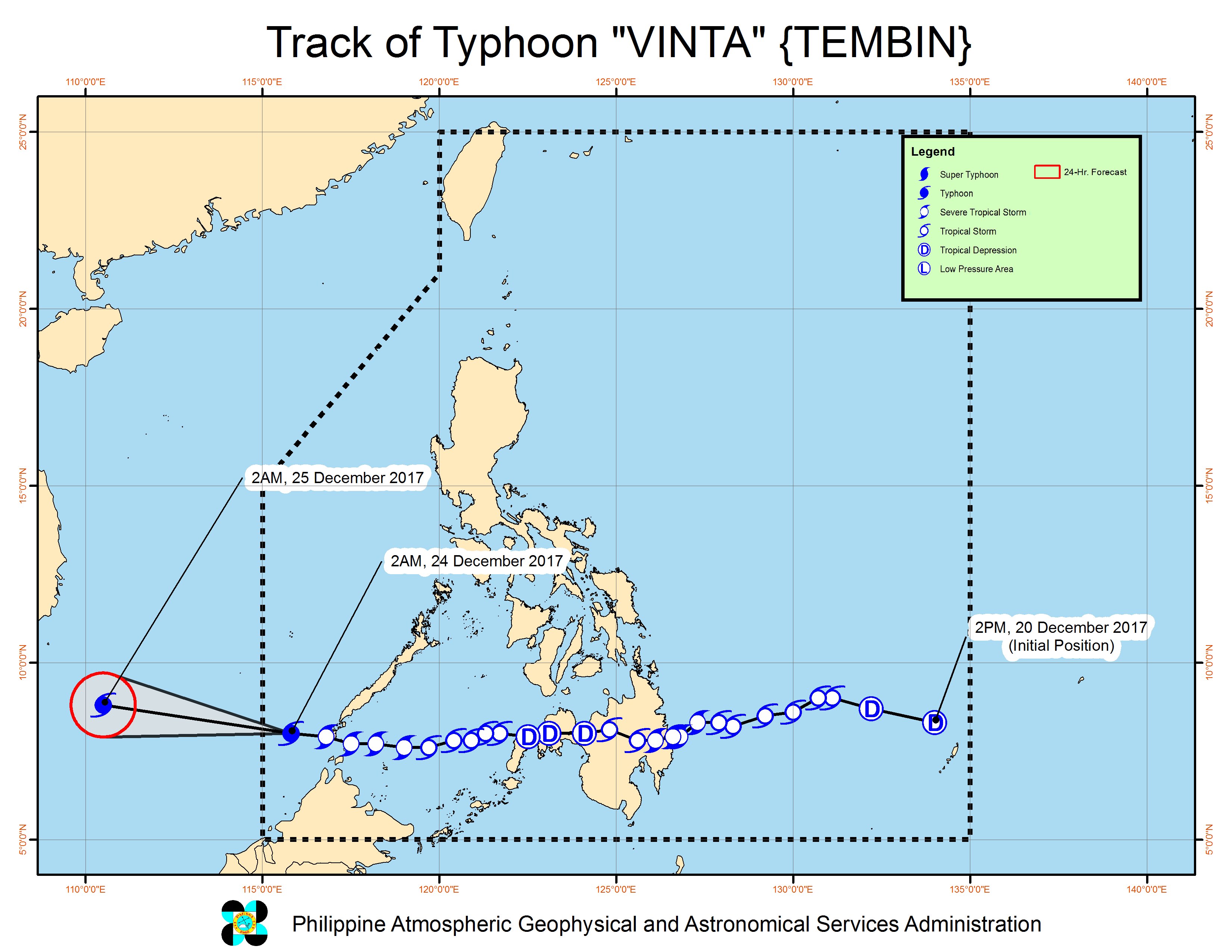 Vinta had struck right after Tropical Depression Urduja (Kai-tak), which battered Eastern Visayas as a tropical storm. Urduja left more than 50 people dead and around P1 billion in agricultural damage.

On Christmas Eve, Eastern Visayas, Bicol, and Quezon will have light to moderate rain due to the easterlies. PAGASA warned of possible flash floods and landslides.

Cagayan Valley, Cordillera, and Ilocos, meanwhile, will have isolated rainshowers due to the northeast monsoon, but PAGASA said there will be “no significant impact.”

The rest of the country, including Metro Manila, will also have localized thunderstorms. – Rappler.com