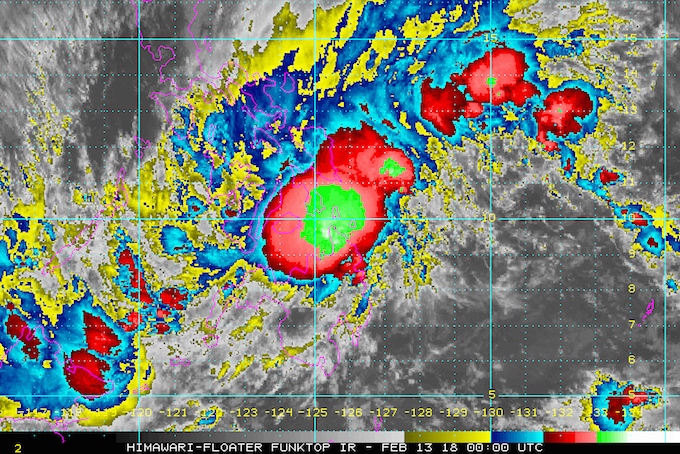 In an earlier bulletin issued at 8 am, PAGASA had said Basyang is moving northwest at 25 kilometers per hour (km/h), with maximum winds of 65 km/h and gustiness of up to 80 km/h.

Signal number 2 is raised in: 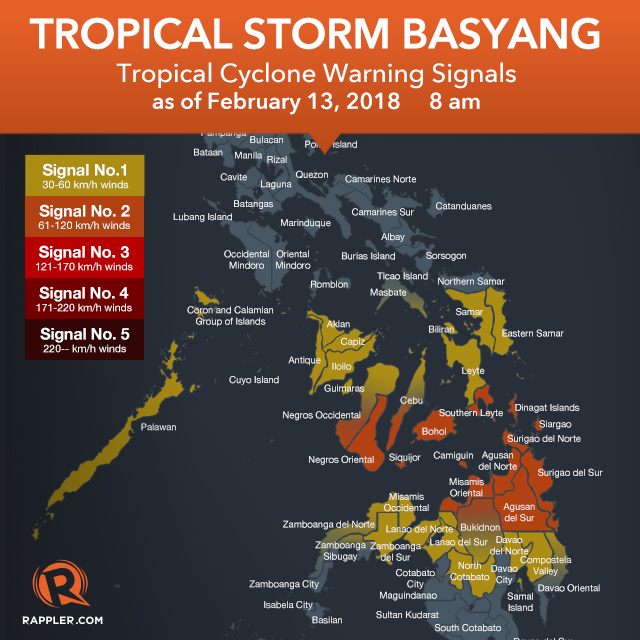 PAGASA warned areas under signal number 1 and 2 that moderate to heavy rain will persist within the next 24 hours. Residents should watch out for possible flash floods and landslides.

After making landfall, Basyang is expected to cross Caraga, Northern Mindanao, and Palawan.

Based on its latest forecast track, Basyang will leave the Philippine Area of Responsibility (PAR) late Thursday, February 15, or early Friday, February 16. 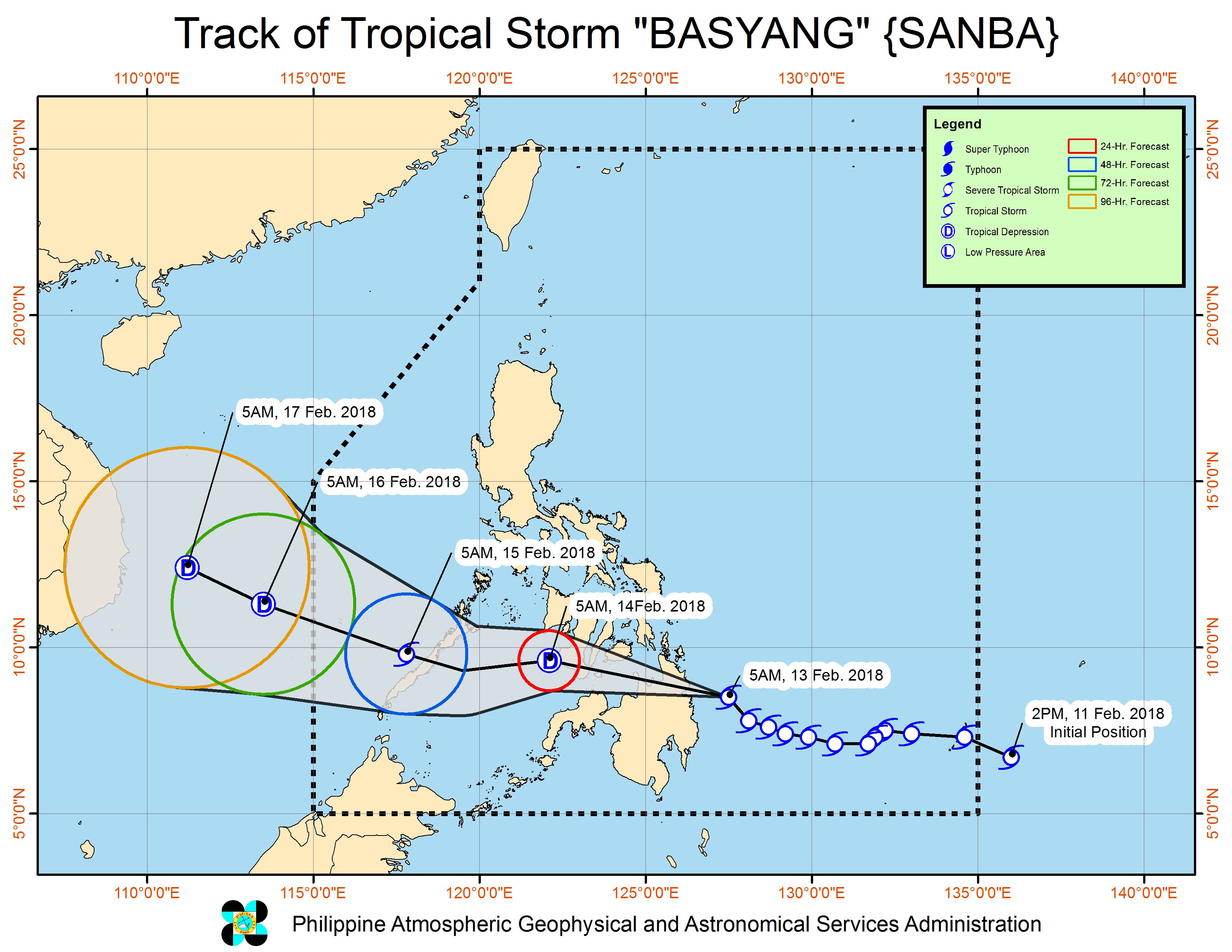 Hundreds of passengers have been stranded in the Visayas and Mindanao, according to the Philippine Coast Guard (PCG).

Meanwhile, the northeast monsoon will continue to bring scattered rainshowers to the regions of Cagayan Valley, Cordillera, and Ilocos, as well as the provinces of Aurora and Quezon, but PAGASA said there will be “no significant impact.”

The rest of the country, including Metro Manila, will only have localized thunderstorms. (READ: FAST FACTS: Tropical cyclones, rainfall advisories)