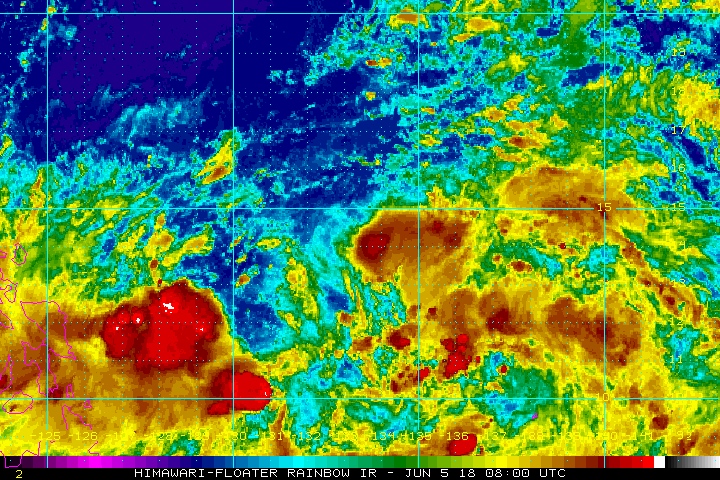 MANILA, Philippines – Tropical Depression Domeng is not expected to make landfall in the country, but state weather bureau PAGASA warned that it will still bring rain.

Domeng continues to have maximum winds of 45 km/h near the center and gustiness of up to 60 km/h. It could intensify into a tropical storm, and then a severe tropical storm, this week.

There are no areas under tropical cyclone warning signals, but Domeng, combined with the intertropical convergence zone (ITCZ), will bring moderate to heavy rain to Bicol, the Visayas, Northern Mindanao, Caraga, Davao, Soccsksargen, Maguindanao, and Lanao del Sur. Residents of these areas should be on alert for possible flash floods or landslides.

Once Domeng moves farther up north, it may also trigger the southwest monsoon or hanging habagat, which will bring moderate to heavy rain to the western parts of the Visayas and Luzon, including Metro Manila, this weekend. Flash floods and landslides are possible.

The tropical depression will be nearest to the province of Cagayan on Friday morning, June 8, though still relatively far from land.

PAGASA Weather Division chief Esperanza Cayanan emphasized that heavy rainfall, not strong winds, will be the main threat due to Domeng.

(Classes have already begun…. so we need to monitor rainfall, especially on Thursday, Friday.)

Coastal waters in the eastern and western seaboards of Luzon and the Visayas will also be moderate to rough. It will be dangerous for small sea vessels to sail, according to PAGASA. 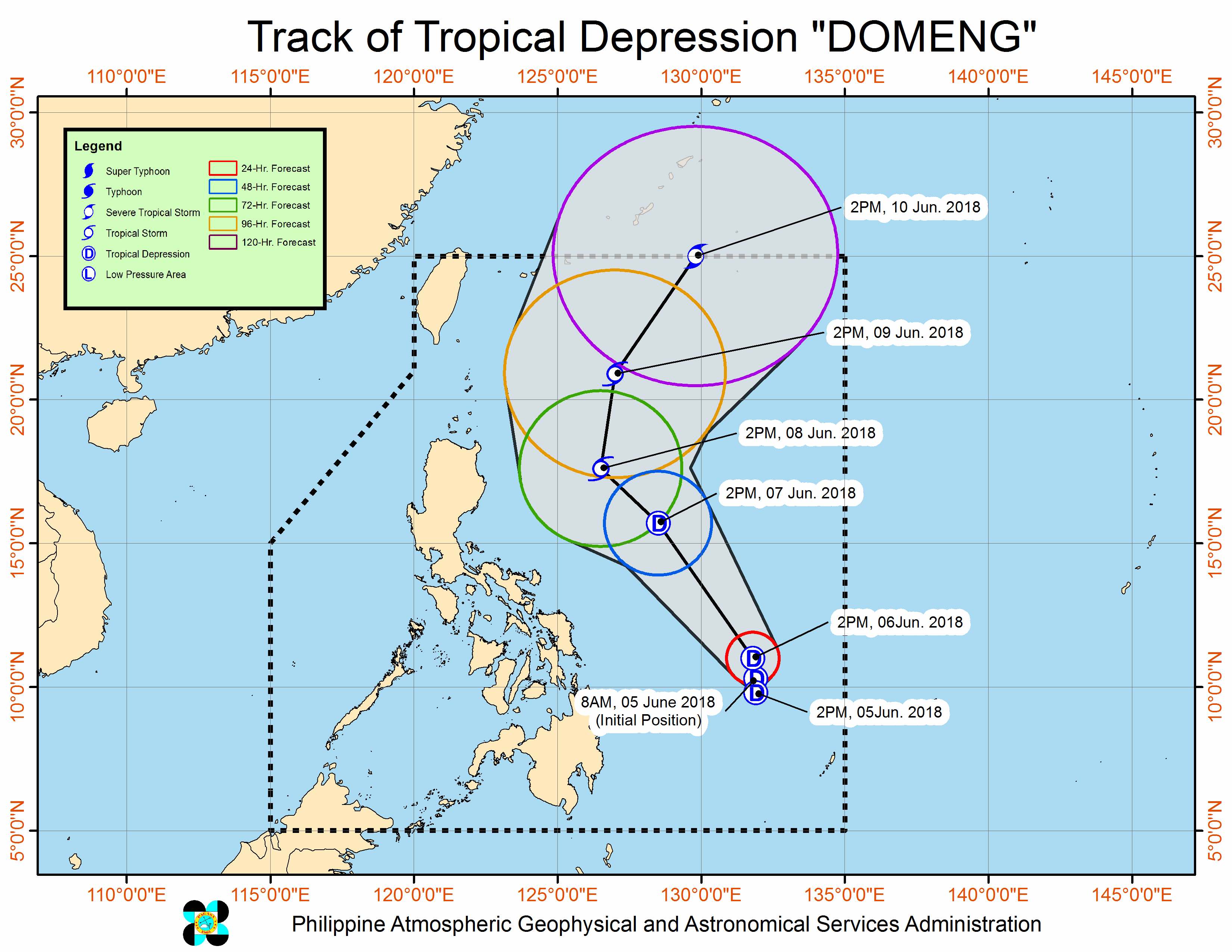 Aside from Domeng, there’s also a low pressure area (LPA) inside PAR. This LPA is expected to dissipate within the next 24 hours, so it does not pose a threat to the Philippines.

PAGASA said on Tuesday that it expects to declare the start of the rainy season this week.