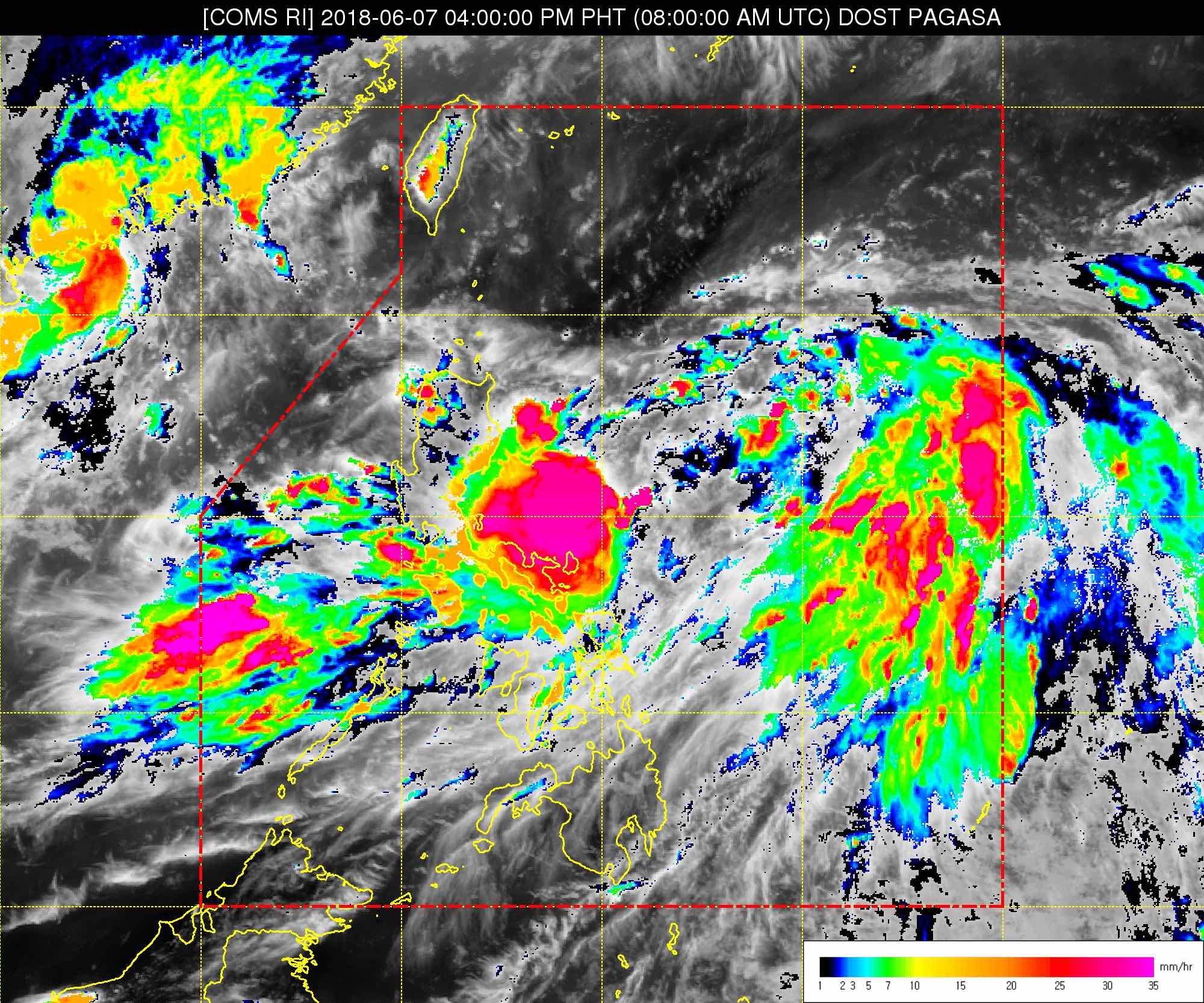 Facebook Twitter Copy URL
Copied
The regions of Calabarzon, Mimaropa, Bicol, and Western Visayas, as well as the provinces of Aurora, Bataan, and Zambales, will have moderate to heavy rain

MANILA, Philippines – Expect more rain in Luzon and the Visayas due to Tropical Depression Domeng and the monsoon trough, which is a portion of the intertropical convergence zone (ITCZ).

In a bulletin issued 4 pm on Thursday, June 7, state weather bureau PAGASA said Domeng is now 675 kilometers east of Casiguran, Aurora, moving north northwest at 15 kilometers per hour (km/h). Due to its direction, it is not expected to make landfall in any part of the Philippines.

Domeng continues to have maximum winds of 55 km/h near the center and gustiness of up to 65 km/h. PAGASA had warned that it could intensify into a tropical storm.

There are no areas under tropical cyclone warning signals, but Domeng is enhancing the southwest monsoon or hanging habagat.

Domeng, combined with the monsoon trough and the southwest monsoon, will bring moderate to heavy rain to the regions of Calabarzon, Mimaropa, Bicol, and Western Visayas, as well as the provinces of Aurora, Bataan, and Zambales. Residents of these areas should watch out for possible flash floods and landslides.

Due to the monsoon trough and the southwest monsoon, light to moderate rain will also hit the rest of Luzon, including Metro Manila, as well as the rest of the Visayas. Floods are possible in low-lying areas up until the weekend.

(Usually when it’s the southwest monsoon, rains are strongest in the morning and in the afternoon. During lunchtime, there’s less rain.)

Mindanao will only have isolated rainshowers or thunderstorms with “no significant impact.”

PAGASA also advised fishermen and those with small sea vessels not to venture out into the eastern and western seaboards of Luzon and of the Visayas. PAGASA had said that it expects to declare the start of the rainy season this week.