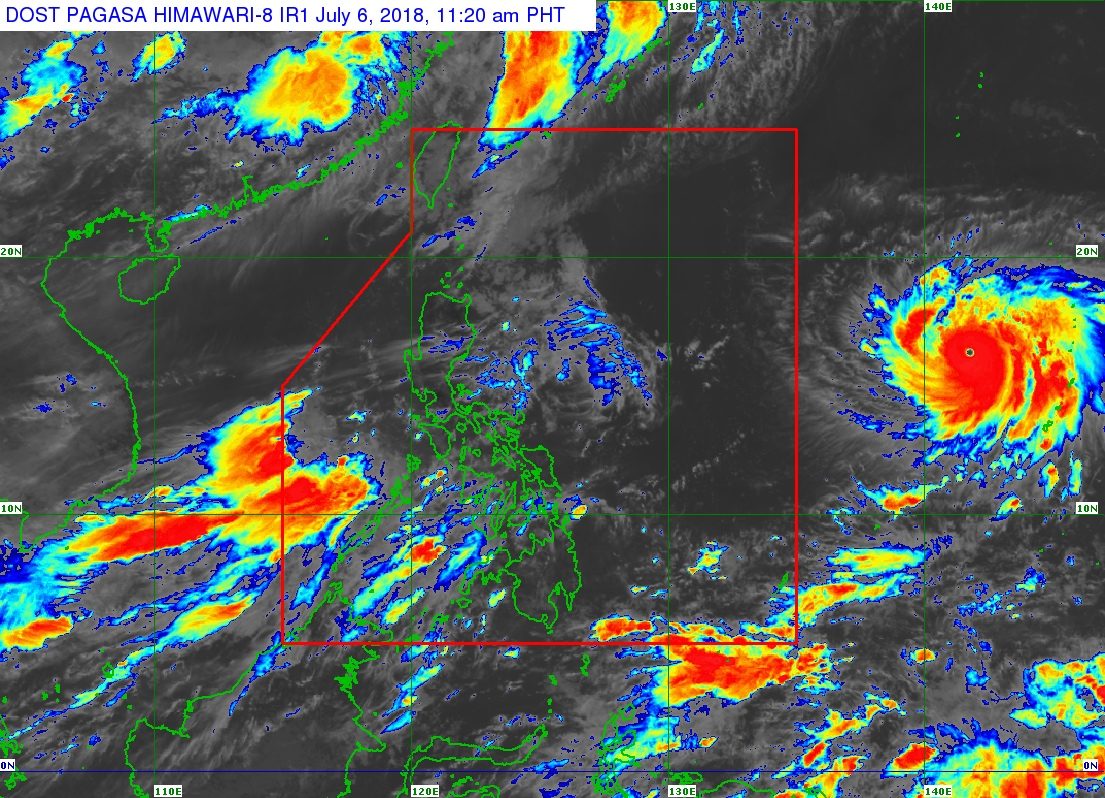 Facebook Twitter Copy URL
Copied
The typhoon, to be named Gardo once it enters the Philippine Area of Responsibility, is expected to enhance the southwest monsoon

MANILA, Philippines – The severe tropical storm outside the Philippine Area of Responsibility (PAR) became a typhoon before dawn on Friday, July 6, and then “rapidly intensified” further in the morning.

This typhoon, which has the international name Maria, will be given the local name Gardo once it enters PAR.

In a bulletin issued 11 am on Friday, state weather bureau PAGASA said Typhoon Maria is already 2,125 kilometers east of Central Luzon, moving north northwest at 15 kilometers per hour (km/h). Since it’s still outside PAR, it has no effect on the country yet.

The typhoon now has maximum winds of 165 km/h near the center and gustiness of up to 205 km/h. (READ: FAST FACTS: Tropical cyclones, rainfall advisories)

If Maria’s speed and direction do not change, it could enter PAR on Monday morning or afternoon, July 9. Maria or the potential Gardo is unlikely to make landfall in the Philippines, but PAGASA warned that it might enhance the southwest monsoon or hanging habagat.

PAGASA also warned that monsoon rain may affect Metro Manila as well as the western parts of Central Luzon, of Calabarzon, and of Mimaropa beginning Sunday, July 8.

Residents of those regions and provinces to be affected by the southwest monsoon, especially those in low-lying and coastal areas, should be on alert for possible flash floods and landslides.