The typhoon is already 1,015 kilometers east northeast of Basco, Batanes, still moving west northwest over the Philippine Sea at 30 km/h.

But PAGASA warned that the typhoon will enhance the southwest monsoon, which is affecting Luzon and the Visayas.

Light to heavy rain from the southwest monsoon is expected in the regions of Metro Manila, Mimaropa, Calabarzon, Bicol, and Western Visayas, as well as the provinces of Bataan and Zambales.

The rain in Mimaropa and Western Visayas is expected to last until Wednesday, July 11, while in the other areas, occasional rains are expected until Tuesday, July 10.

The rest of the country, not affected by the southwest monsoon, will have isolated rainshowers and thunderstorms. Flash floods and landslides are possible, too.

Based on its latest forecast track, Gardo will leave the Philippine Area of Responsibility (PAR) on Wednesday morning, exiting just off Taiwan. Taiwan is still within PAR, an area set by the World Meteorological Organization (WMO) for PAGASA to monitor, as weather disturbances here directly or indirectly affect the Philippines. (READ: PAGASA: Typhoon Gardo different from Yolanda) 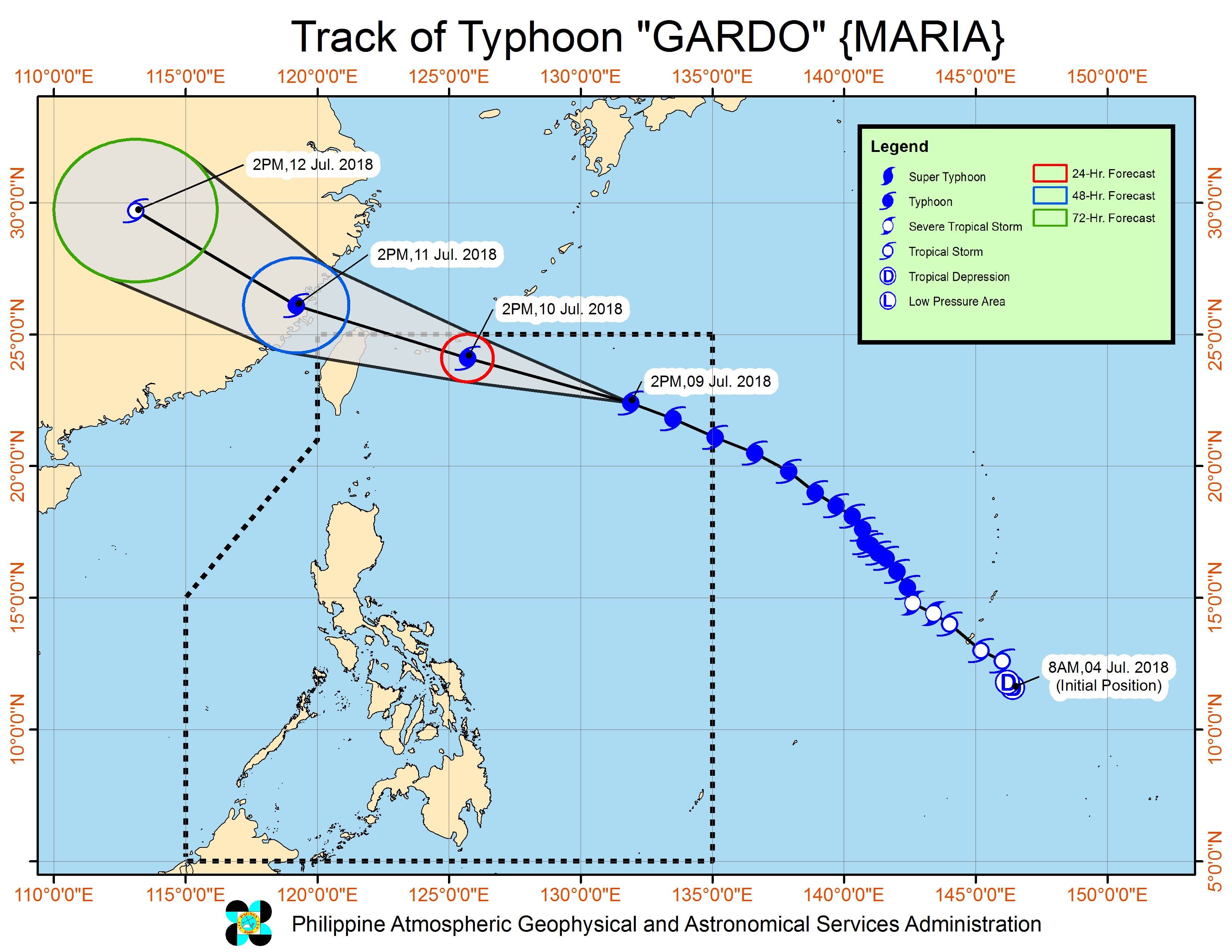