Facebook Twitter Copy URL
Copied
Henry is heading for extreme Northern Luzon and is expected to be in the vicinity of the Babuyan Group of Islands on Monday evening, July 16

In a bulletin issued 8 am on Monday, state weather bureau PAGASA said Henry is already 440 kilometers east of Aparri, Cagayan, moving west at 35 kilometers per hour (km/h) from the previous 25 km/h.

The tropical depression continues to have maximum winds of 55 km/h near the center and gustiness of up to 65 km/h.

PAGASA warned that occasional rains with gusty winds are expected in areas under signal number 1.

Henry is expected to pass in the vicinity of the Babuyan Group of Islands on Monday evening.

Scattered rainshowers and thunderstorms will also hit the rest of Luzon due to the southwest monsoon.

Areas affected by Henry and the southwest monsoon should be on alert for possible flash floods and landslides, especially in low-lying or in mountainous areas. (READ: FAST FACTS: Tropical cyclones, rainfall advisories)

Due to the heavy rain, some areas have suspended classes for Monday. (READ:  #WalangPasok: Class suspensions, Monday, July 16)

PAGASA also advised fishermen and others with small sea vessels not to venture out into the seaboards of areas under signal number 1, and in the western seaboard of Luzon. Both Henry and the southwest monsoon are causing moderate to rough seas.

Based on its latest forecast track, Henry is expected to leave the Philippine Area of Responsibility (PAR) on Tuesday, July 17. 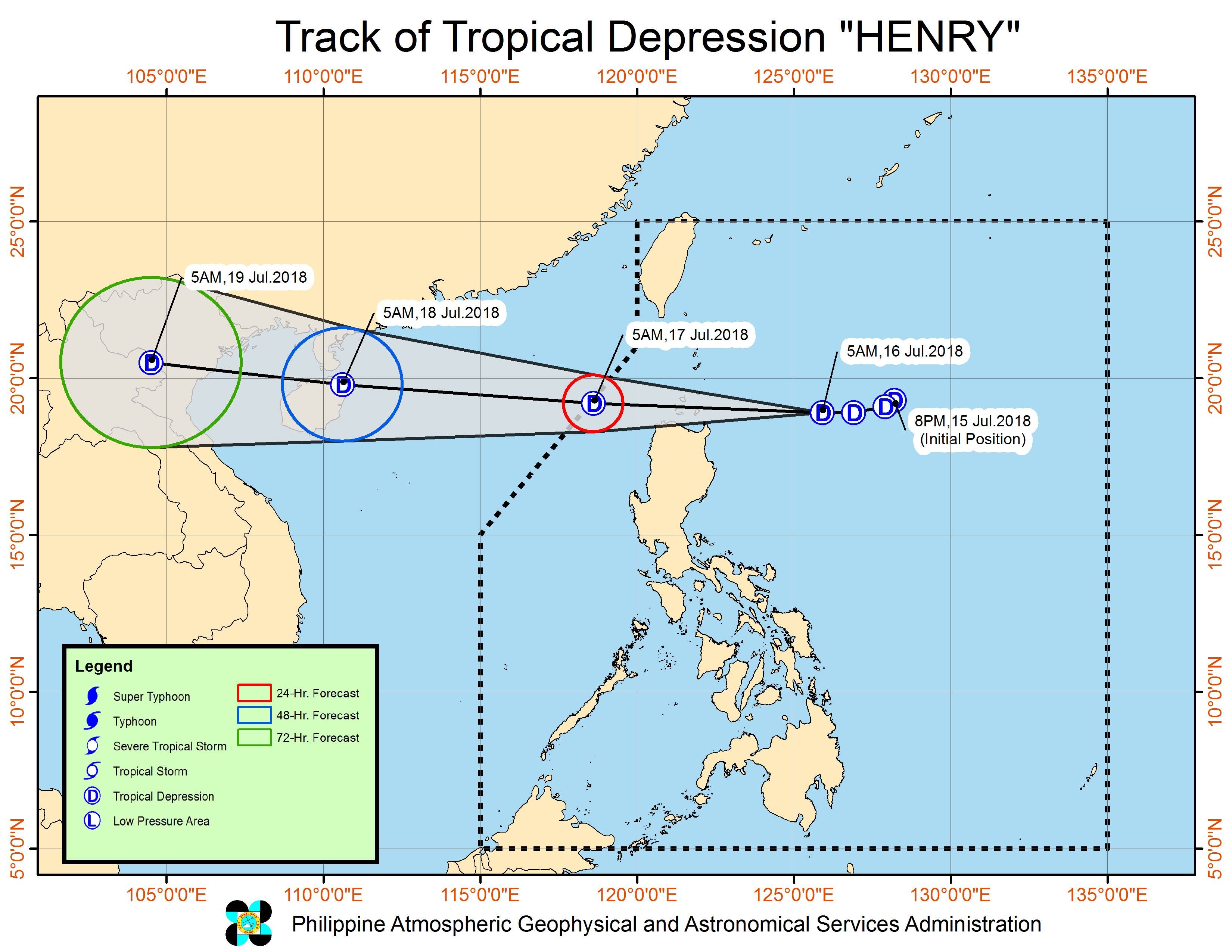