Extension of Typhoon Jebi to affect parts of Luzon, Visayas 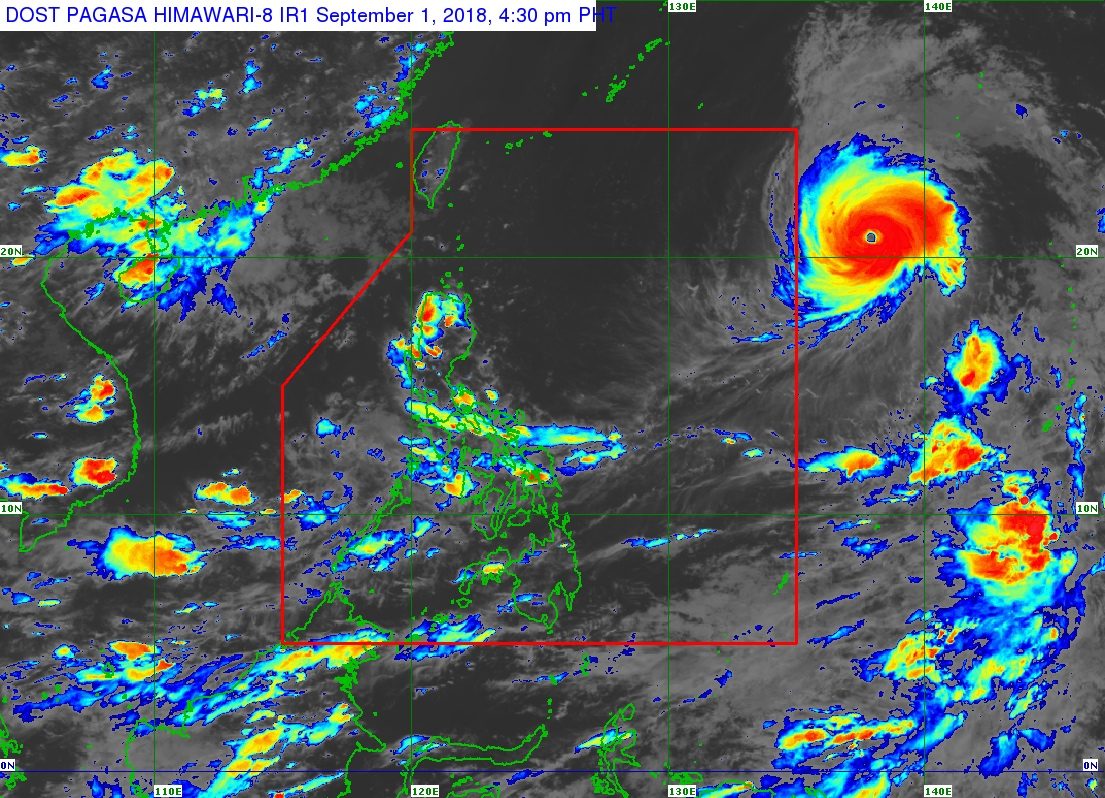 Facebook Twitter Copy URL
Copied
Metro Manila, Calabarzon, Bicol, Mimaropa, and the Visayas will have rain due to the extension or trough of Jebi, a typhoon outside the Philippine Area of Responsibility

MANILA, Philippines – The trough or extension of Typhoon Jebi will affect Southern Luzon and the Visayas, even if the typhoon remains outside the Philippine Area of Responsibility (PAR).

The typhoon maintained its strength, with maximum winds of 205 km/h and gustiness of up to 255 km/h. It could later strengthen into a super typhoon, the strongest tropical cyclone category.

Jebi may enter PAR on Sunday evening, September 2, but it will likely just stay near the boundary and then exit PAR on Monday morning, September 3. It is not expected to approach land or make landfall.

The typhoon’s trough or extension, however, will already bring scattered rainshowers and thunderstorms to Metro Manila, Calabarzon, Bicol, Mimaropa, and the Visayas on Sunday.

Residents of those areas should be on alert for flash floods and landslides, especially if the thunderstorms become severe. (READ: FAST FACTS: Tropical cyclones, rainfall advisories)

The rest of the country, not affected by Jebi’s trough, will have generally good weather and only localized thunderstorms.

Meanwhile, the low pressure area that was earlier inside PAR has already dissipated.