24 areas under Signal No. 1 as Typhoon Ompong slows down 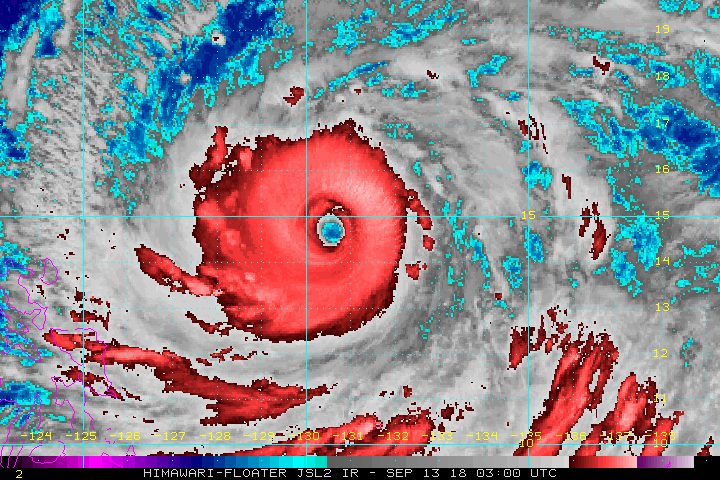 MANILA, Philippines – The number of areas under Signal No. 1 rose to two dozen on Thursday morning, September 13, as Typhoon Ompong (Mangkhut) slowed down over the Philippine Sea.

In a bulletin issued 11 am on Thursday, the Philippine Atmospheric, Geophysical, and Astronomical Services Administration (PAGASA) said Ompong is already 725 kilometers east of Virac, Catanduanes, moving west at a slower 20 kilometers per hour (km/h) from the previous 30 km/h.

Those areas under Signal No. 1 are in the regions of Cagayan Valley, the Cordillera Administrative Region (CAR), Central Luzon, Calabarzon, Bicol, and Eastern Visayas. Occasional rains with gusty winds are expected within the next 36 hours. Ompong might make landfall in the northern tip of Cagayan on Saturday morning. (READ: Will Typhoon Ompong be the same as Super Typhoon Lawin?)

Fishermen and others with small sea vessels are advised not to venture out into the seaboards of areas under Signal No. 1, the northern seaboard of Northern Luzon, and the eastern seaboards of the Visayas and Mindanao. 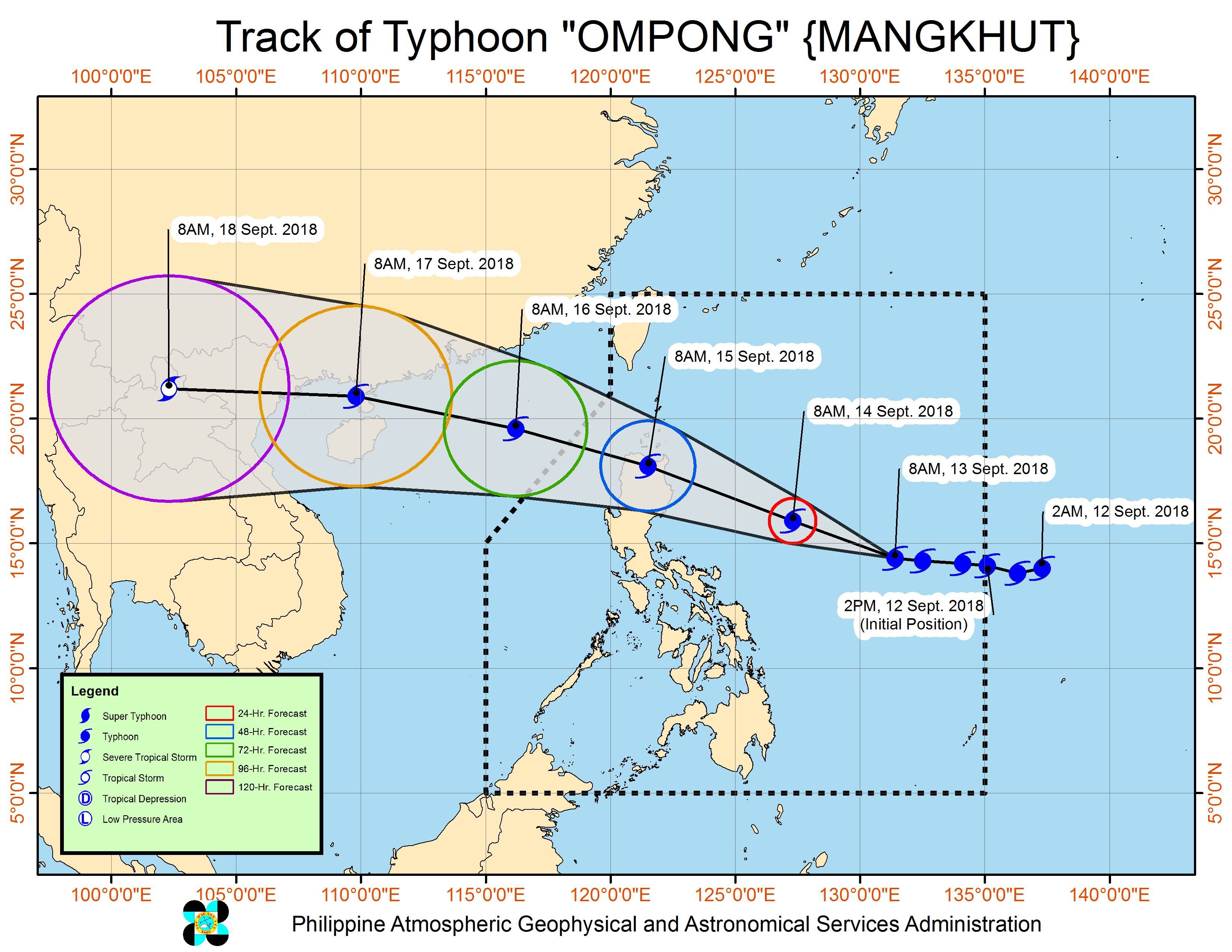