Typhoon Ompong on track for landfall early on September 15 Facebook Twitter Copy URL
Copied
Signal No. 4 is raised in Cagayan, the northern part of Isabela, Apayao, and Abra ahead of Ompong's expected landfall in the Cagayan-Isabela area

MANILA, Philippines – Typhoon Ompong (Mangkhut) is on track to make landfall in the Cagayan-Isabela area in the wee hours of Saturday, September 15, as it maintained its speed and strength early Friday evening, September 14.

Ompong’s landfall in the Cagayan-Isabela area could be between 1 am and 3 am on Saturday. Thousands of people earlier evacuated in the two provinces, and thousands more in other areas as well. (READ: Will Typhoon Ompong be the same as Super Typhoon Lawin?) More than 4,800 passengers have been stranded in various ports. Dozens of domestic and international flights have been canceled.

Based on its latest forecast track, Ompong might leave the Philippine Area of Responsibility (PAR) on Saturday afternoon. This estimated time of exit could still change if it slows down. 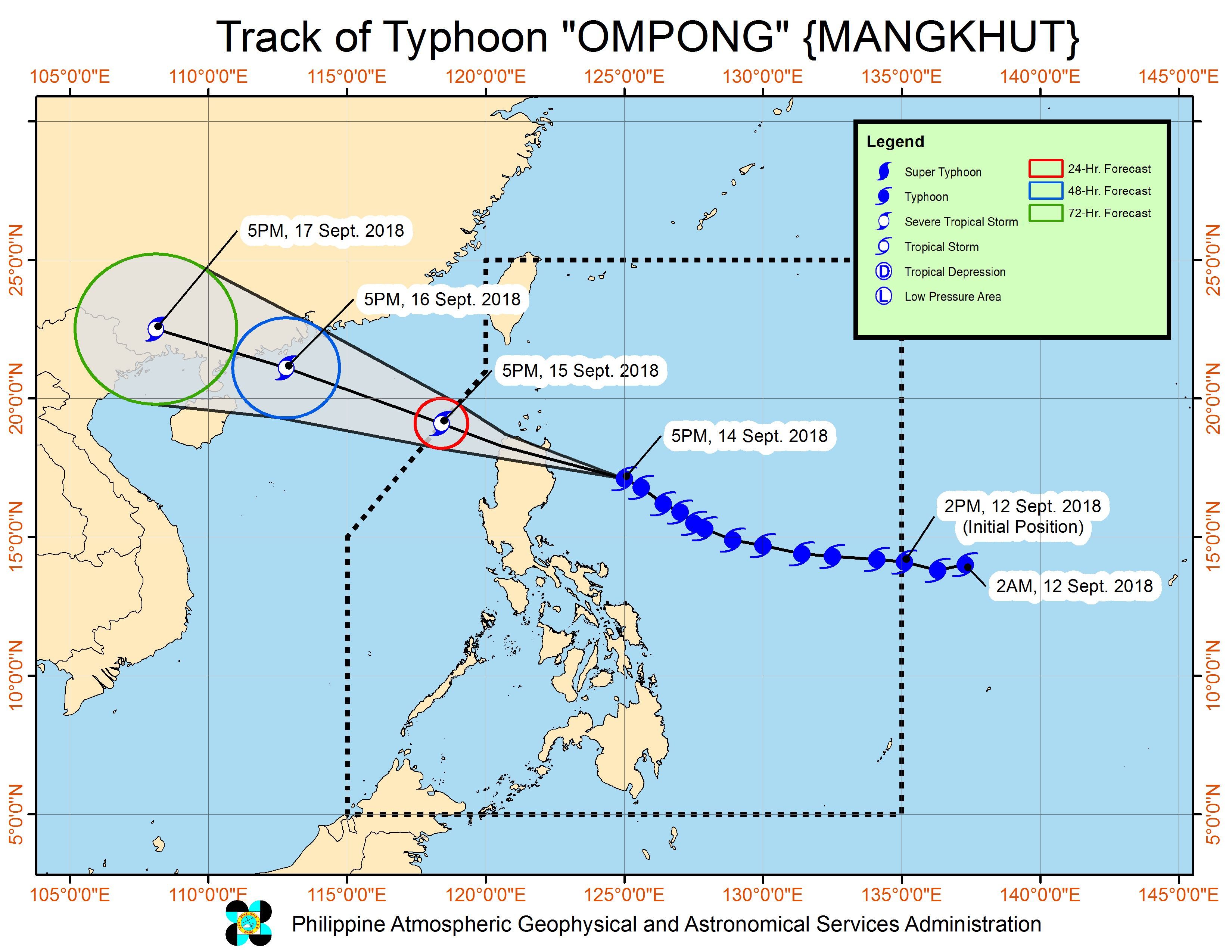