Typhoon Ompong out of PAR, but still enhancing monsoon 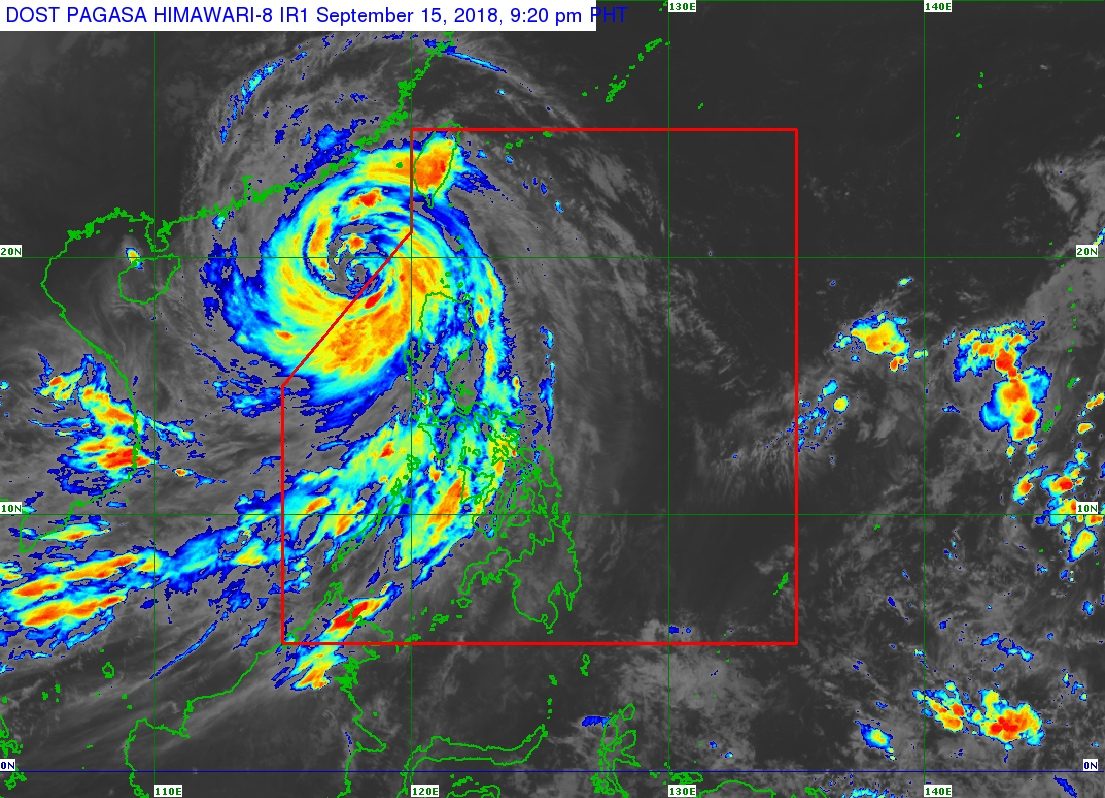 MANILA, Philippines – Typhoon Ompong (Mangkhut) left the Philippine Area of Responsibility (PAR) at 9 pm on Saturday, September 15, but it continues to enhance the southwest monsoon or hanging habagat.

In a tweet at 9:34 pm, the Philippine Atmospheric, Geophysical, and Astronomical Services Administration (PAGASA) said Ompong is already 355 kilometers west of Calayan, Cagayan, outside PAR. It later said in an 11 pm bulletin that the typhoon is moving west northwest at 25 kilometers per hour (km/h),

The typhoon is now heading for the southern part of China after leaving at least 7 people dead in the Philippines. (LOOK: 5 dead in Baguio City due to Typhoon Ompong flood)

Though Ompong is already outside, however, tropical cyclone warning signals remain raised in some areas affected by the typhoon’s outer rainbands.

PAGASA also earlier warned that the typhoon would continue to enhance the southwest monsoon even after its exit from PAR, since it has a wide diameter. (READ: COMPARISON: Typhoon Ompong and previous Philippine typhoons)

The enhanced southwest monsoon will trigger gusty winds and light to heavy rain in Western Visayas and Mimaropa. Residents of areas affected by the southwest monsoon should stay on alert for flash floods and landslides. (READ: FAST FACTS: Tropical cyclones, rainfall advisories) Ompong had made landfall in Baggao, Cagayan at 1:40 am on Saturday. The typhoon swept away the roof of the Cagayan provincial capitol and damaged the Tuguegarao Airport. (READ: 126,700 Filipinos affected hours after Ompong landfall)