Signal No. 2 in 10 areas as Typhoon Rosita heads for Isabela-Aurora 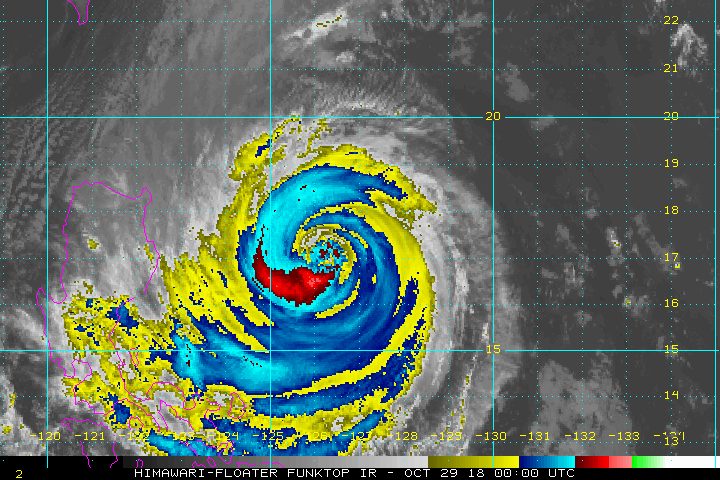 In a bulletin released past 8 am on Monday, the Philippine Atmospheric, Geophysical, and Astronomical Services Administration (PAGASA) said Rosita is already 510 kilometers east of Tuguegarao City, Cagayan, or 475 kilometers east northeast of Casiguran, Aurora.

It is moving west southwest at a slightly faster 20 kilometers per hour (km/h) from the previous 15 km/h.

The typhoon maintained its strength, with maximum winds of 170 km/h and gustiness of up to 210 km/h. It has a wide diameter of 600 kilometers. PAGASA warned that flash floods and landslides are possible in areas in the typhoon’s path. There might also be storm surges in coastal areas of Ilocos Norte, Ilocos Sur, La Union, Cagayan, Isabela, and Aurora. (READ: Cagayan braces for Typhoon Rosita a month after Ompong)

Sea travel is also risky in the seaboards of areas under tropical cyclone warning signals, as well as in the eastern seaboards of Southern Luzon, the Visayas, and Mindanao.

Based on Rosita’s latest forecast track, it will leave the Philippine Area of Responsibility on Wednesday, October 31. 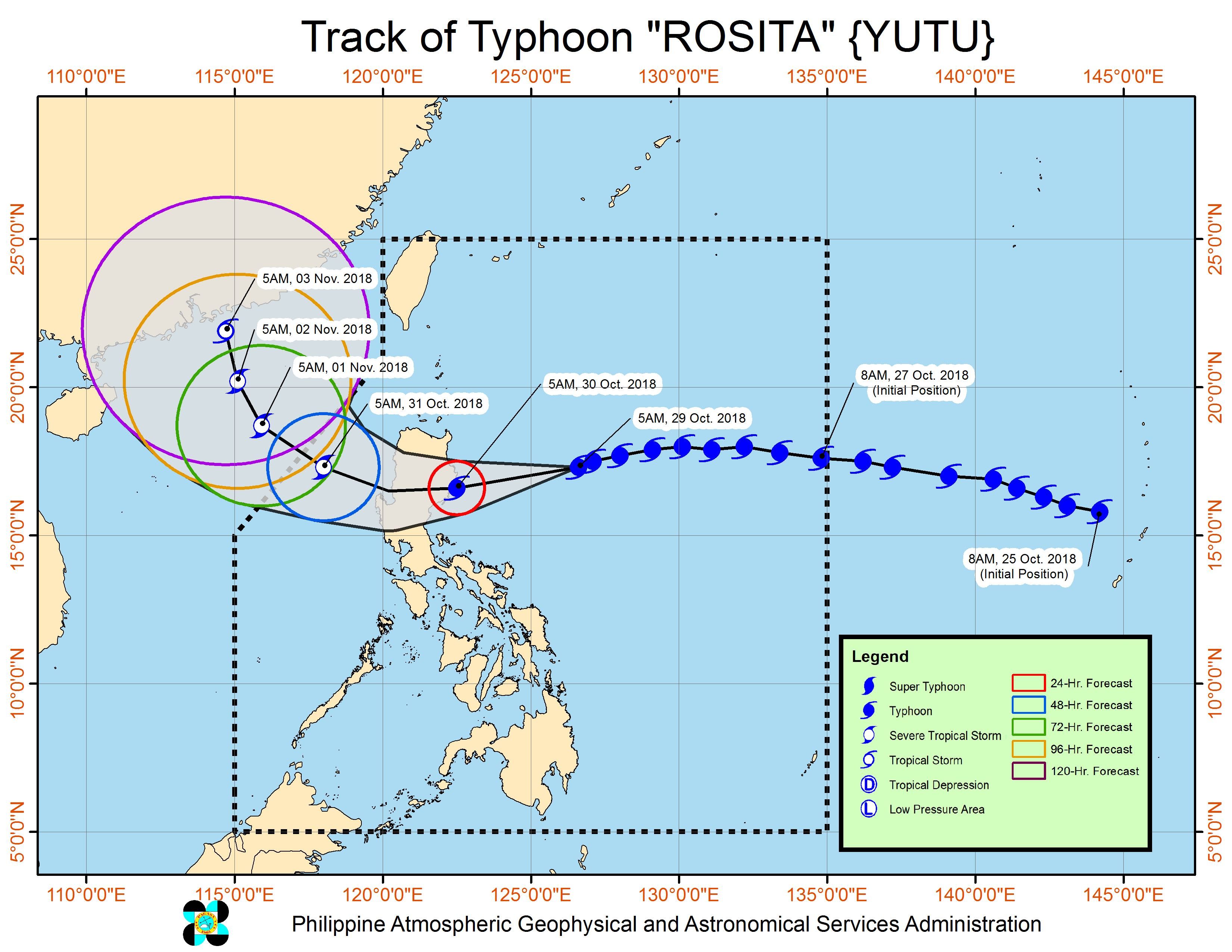