Signal No. 3 in 10 areas as Typhoon Rosita nears 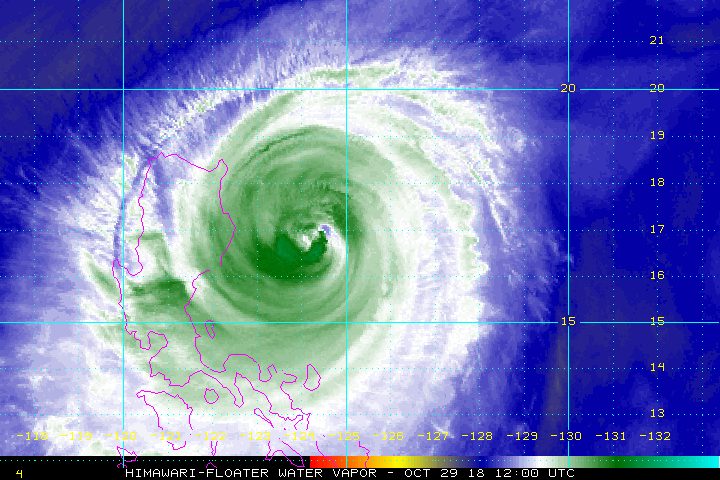 MANILA, Philippines – Signal No. 3 was raised in 10 areas as of early Monday evening, October 29, while Typhoon Rosita (Yutu) continues to threaten the southern Isabela-northern Aurora area.

In a bulletin issued 8 pm on Monday, the Philippine Atmospheric, Geophysical, and Astronomical Services Administration (PAGASA) said Rosita is already 250 kilometers east northeast of Casiguran, Aurora. It is still moving west at 15 kilometers per hour (km/h).

The typhoon maintained its strength, with maximum winds of 150 km/h and gustiness of up to 185 km/h. It has a diameter of 600 kilometers. PAGASA warned that stormy weather is expected in areas under Signal Nos. 2 and 3. It is risky to travel by land in those areas.

Moderate to heavy rain and strong to very strong winds are expected to begin hitting Northern Luzon and Central Luzon on Monday evening.

Then on Tuesday morning, October 30, between 5 am and 7 am, Rosita could make landfall in the southern Isabela-northern Aurora area. (READ: FAST FACTS: Tropical cyclones, rainfall advisories)

After making landfall, the typhoon is expected to cross Aurora, Isabela, Quirino, Ifugao, Nueva Vizcaya, Benguet, and La Union. It might exit landmass on Tuesday afternoon.

PAGASA warned that flash floods and landslides are possible in areas in the typhoon’s path. There might also be storm surges up to 3 meters high in coastal areas of Isabela, Cagayan, Aurora, Ilocos Sur, Ilocos Norte, and La Union.

Residents of some coastal areas preemptively evacuated ahead of Rosita’s landfall. (READ: Cagayan braces for Typhoon Rosita a month after Ompong)

Classes have been suspended in various areas due to the typhoon. (READ:  #WalangPasok: Class suspensions, Tuesday, October 30)

Based on Rosita’s latest forecast track, it will leave the Philippine Area of Responsibility on Wednesday afternoon, October 31. 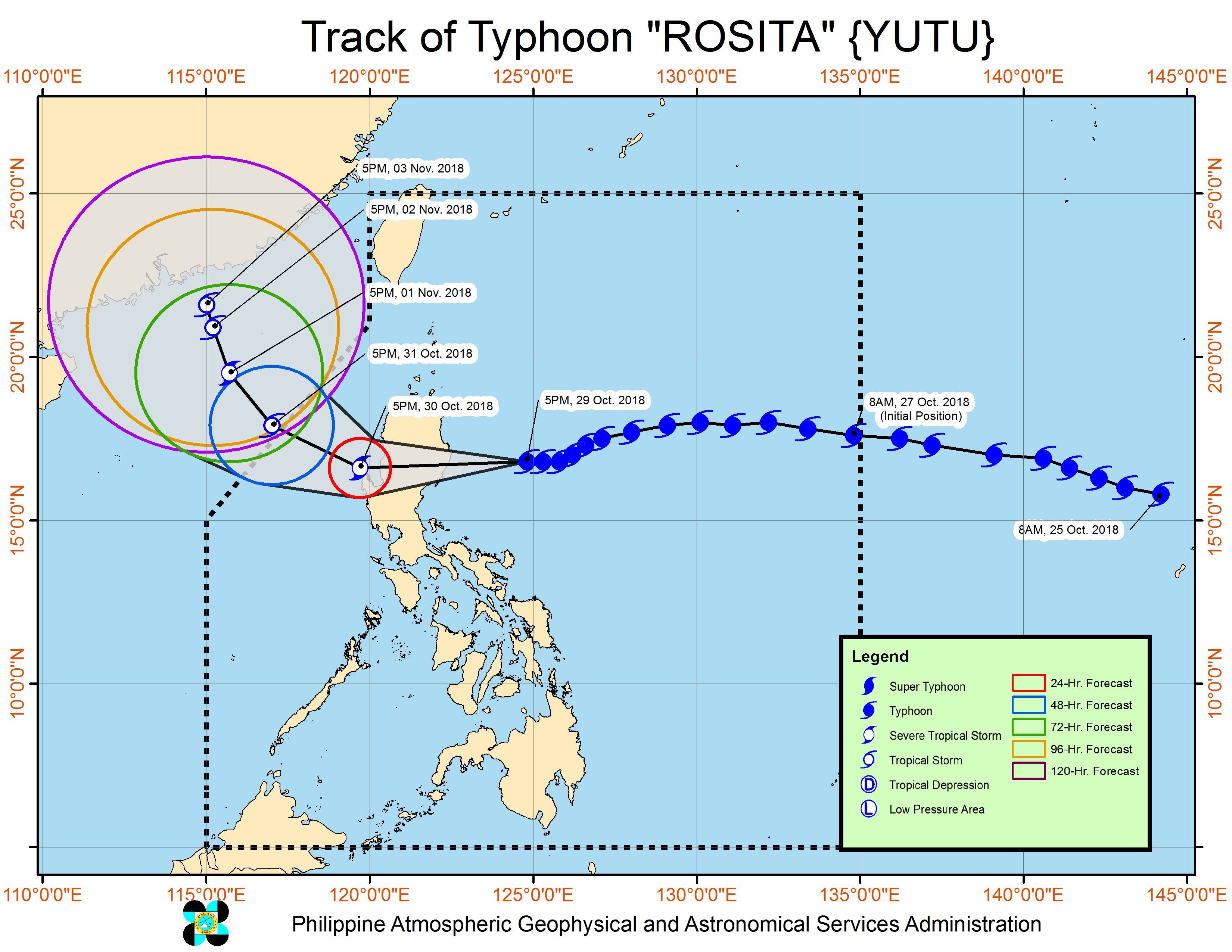