The typhoon earlier made landfall in Dinapigue, Isabela, at 4 am on Tuesday. It then passed through Nueva Vizcaya, and now Benguet. Following Benguet, it will head for La Union and then Pangasinan, before exiting landmass on Tuesday afternoon, possibly before 4 pm.

In a bulletin issued 2 pm on Tuesday, the Philippine Atmospheric, Geophysical, and Astronomical Services Administration (PAGASA) said Rosita is already in the vicinity of Sablan, Benguet. It is moving west at a slightly slower 20 kilometers per hour (km/h) from the previous 25 km/h.

The typhoon continues to have maximum winds of 140 km/h and gustiness of up to 230 km/h. (READ: FAST FACTS: Tropical cyclones, rainfall advisories) Rosita has been bringing heavy rain and strong winds to Northern Luzon and Central Luzon. Isabela, in particular, bore the brunt of the typhoon. (IN PHOTOS: Typhoon Rosita’s onslaught in Isabela)

PAGASA warned that flash floods and landslides are possible in areas in the typhoon’s path. There might also be storm surges up to 3 meters high in coastal areas of Ilocos Sur, Ilocos Norte, La Union, and Pangasinan.

Sea travel remains risky in the seaboards of areas under tropical cyclone warning signals, and in the eastern and western seaboards of Southern Luzon.

Based on Rosita’s latest forecast track, it will leave the Philippine Area of Responsibility on Wednesday afternoon. 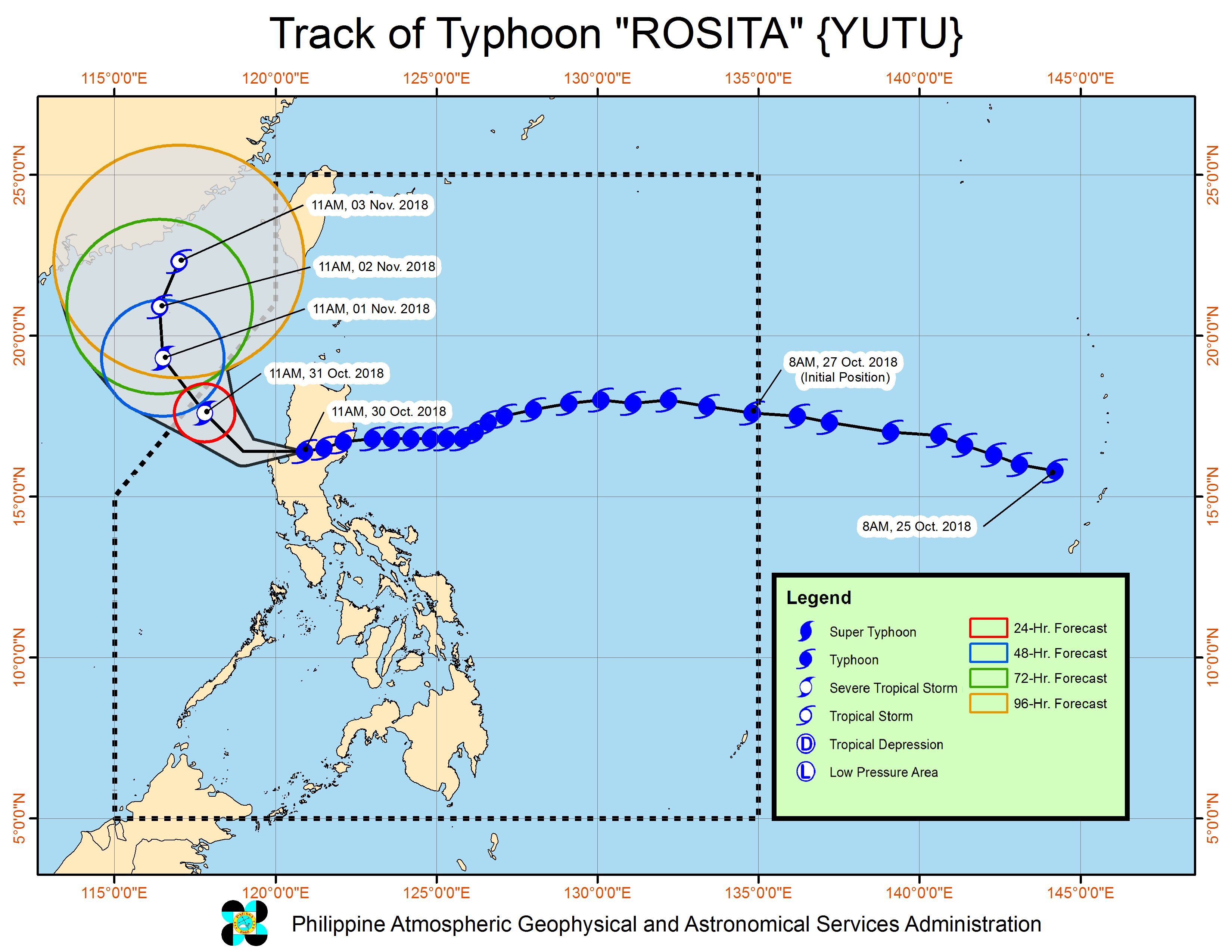