Facebook Twitter Copy URL
Copied
Samuel's estimated time of landfall is now between midnight and 2 am on Wednesday, November 21

From Tuesday evening, Samuel’s estimated time of landfall is now between midnight and 2 am on Wednesday, November 21. It will hit the southern part of Eastern Samar.

The tropical depression is moving northwest, still at the slow pace of 15 kilometers per hour (km/h).

Samuel also maintained its strength, with maximum winds of 55 km/h and gustiness of up to 65 km/h. Though it has not yet intensified into a tropical storm, it still poses a threat to parts of the country. 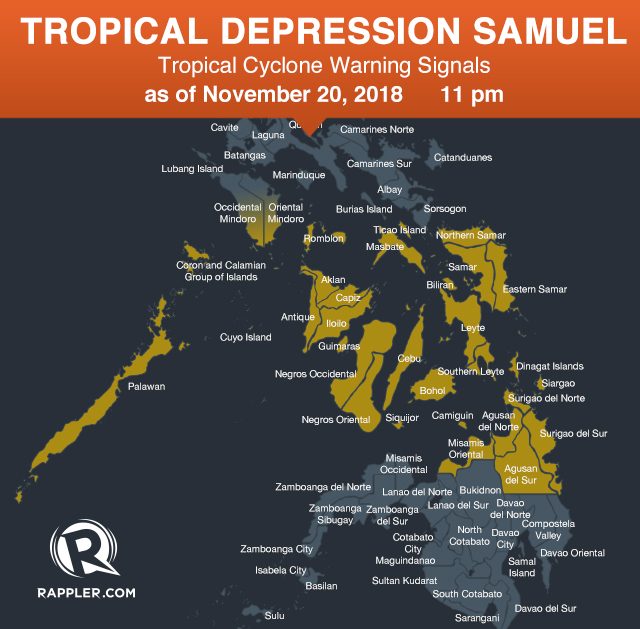 PAGASA also warned that moderate to heavy rain may trigger flash floods and landslides in the Visayas, Bicol, Mimaropa, and the southern part of Quezon.