Facebook Twitter Copy URL
Copied
There are 14 areas remaining under Signal No. 1 as Samuel crosses the Visayas on Wednesday morning, November 21

It has made landfall twice on Wednesday:

The tropical depression is now moving west at a slightly faster 30 kilometers per hour (km/h) from the previous 25 km/h.

There are now fewer areas under Signal No. 1: PAGASA warned that moderate to heavy rain may still trigger flash floods and landslides in Bicol, Mimaropa, and Quezon.

Residents of those areas should stay on alert, especially if they live near rivers, in low-lying communities, or in mountainous regions. (READ: FAST FACTS: Tropical cyclones, rainfall advisories)

If Samuel maintains its speed, it would exit the Philippine Area of Responsibility (PAR) before dawn on Friday, November 23. 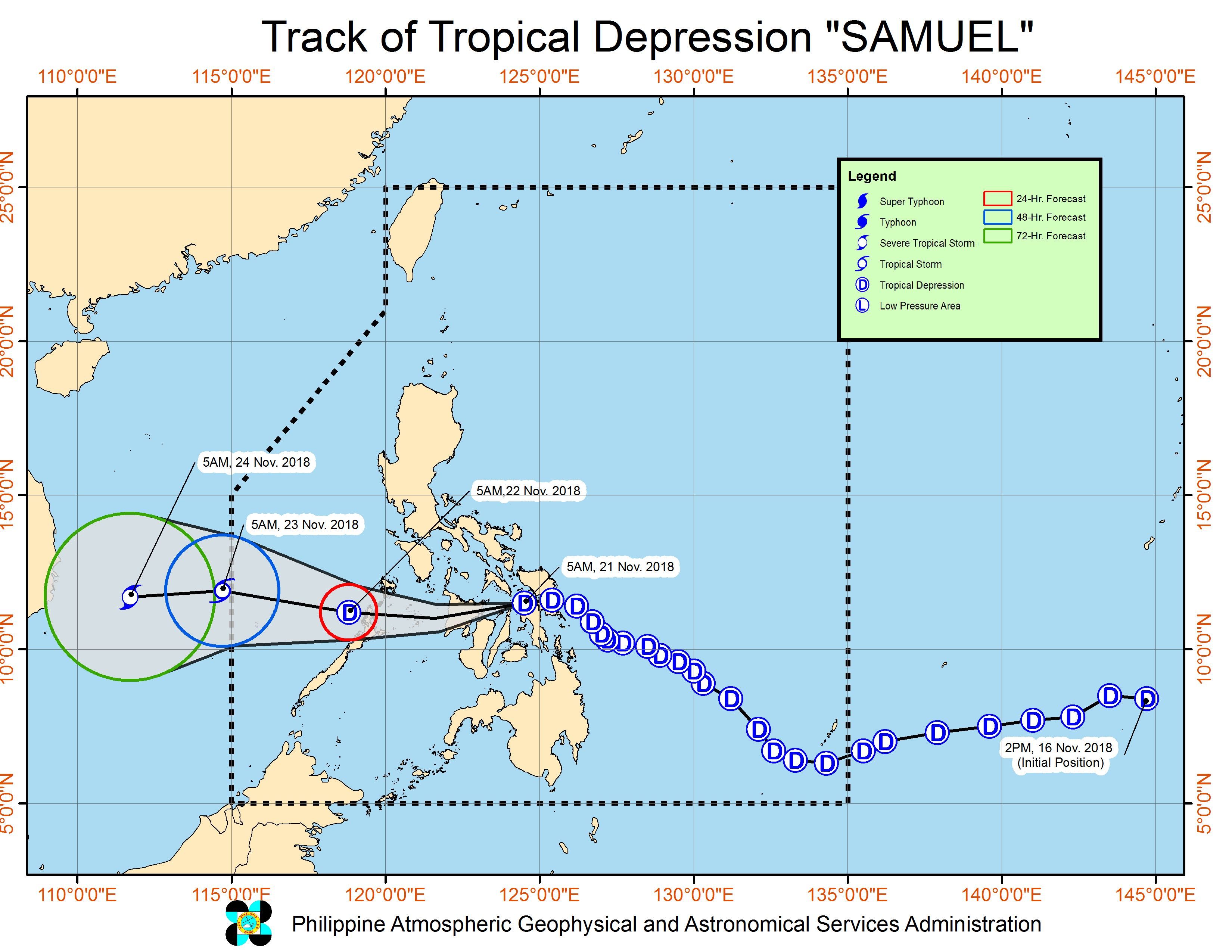 Aside from Samuel, PAGASA is also monitoring a tropical storm outside PAR, with the international name Man-yi.

Tropical Storm Man-yi is 2,950 kilometers east of Mindanao, moving west northwest over the Pacific Ocean at 20 km/h. It has maximum winds of 75 km/h and gustiness of up to 90 km/h.

At the moment, Man-yi only has a slim chance of entering PAR, but PAGASA advised the public to continue monitoring updates in case of any changes.

Meanwhile, the northeast monsoon or hanging amihan will still bring isolated light rains to the Ilocos Region, Cordillera Administrative Region, and Cagayan Valley on Wednesday. But PAGASA said there will be “no significant impact.”

The rest of Mindanao will only have localized thunderstorms on Wednesday. But flash floods and landslides are possible if the thunderstorms become severe.