Jun 26, 2019 11:40 PM PHT
Acor Arceo
Facebook Twitter Copy URL
Copied
Tropical Depression Dodong is out of the Philippine Area of Responsibility, but rain from the southwest monsoon is expected. There are also two low pressure areas being monitored. 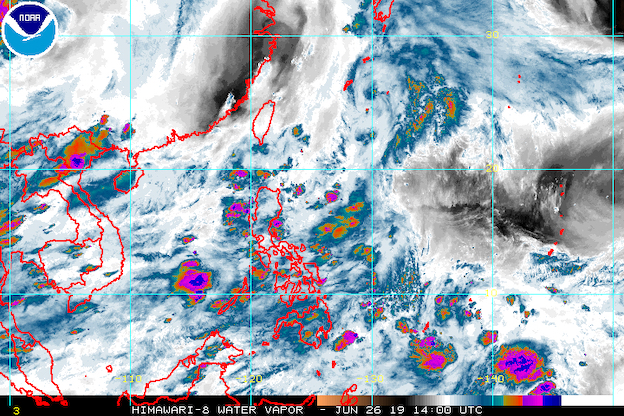 In a press briefing at 11 pm on Wednesday, the Philippine Atmospheric, Geophysical, and Astronomical Services Administration (PAGASA) said Dodong is already 980 kilometers northeast of Basco, Batanes, or outside PAR.

It accelerated as it made its exit, moving north at 35 kilometers per hour (km/h).

The tropical depression maintained its strength, with maximum winds of 45 km/h and gustiness of up to 60 km/h.

Dodong did not approach or hit land in the Philippines, so no areas were placed under tropical cyclone warning signals. (READ: FAST FACTS: Tropical cyclones, rainfall advisories) 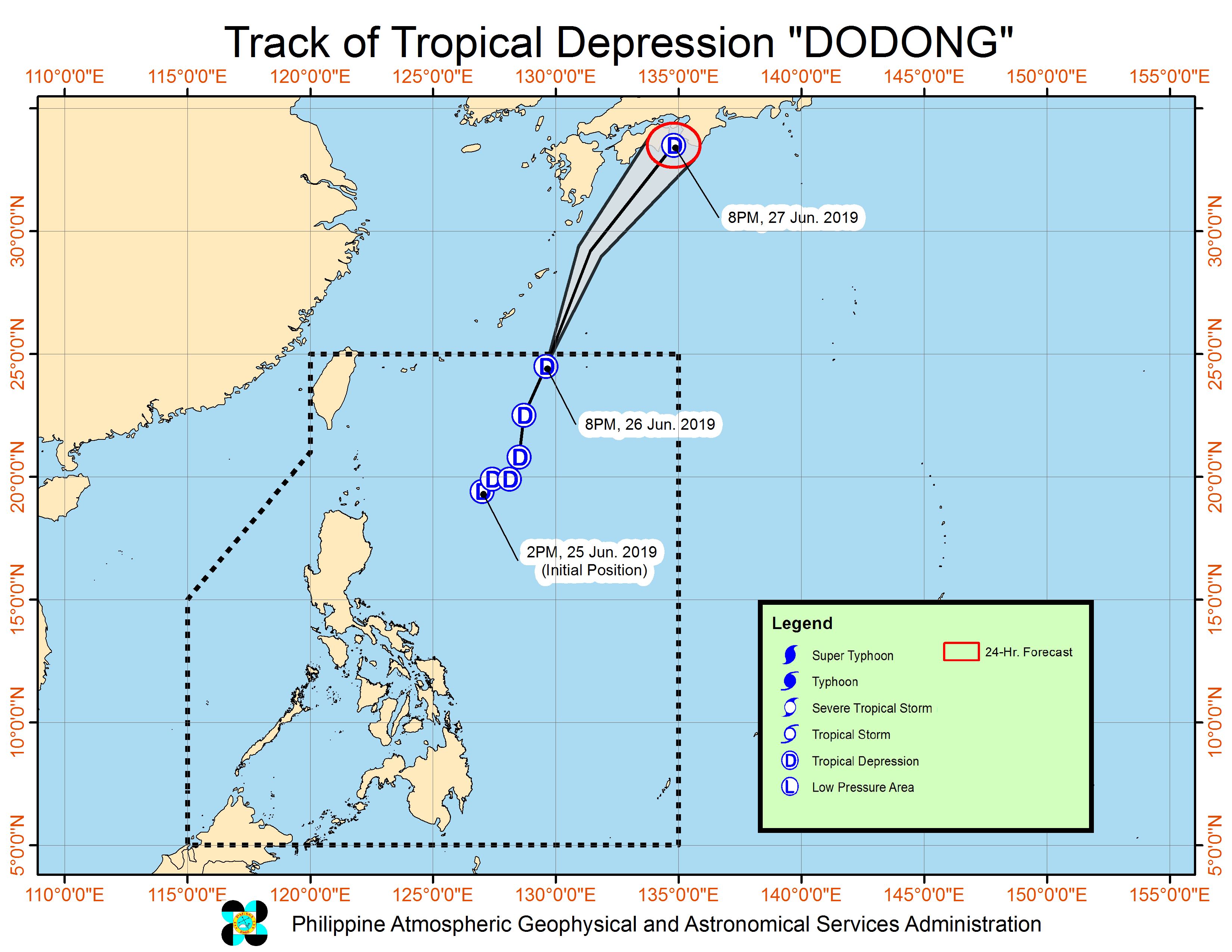 As for the two LPAs, one is inside PAR, while the other is outside.

The LPA inside PAR is 370 kilometers west northwest of Coron, Palawan, over the West Philippine Sea. It is embedded in the monsoon trough, and according to PAGASA Weather Specialist Ariel Rojas, may dissipate in the next 24 hours.

The LPA outside PAR, meanwhile, is 1,480 kilometers east of Mindanao. Rojas said it has a slim chance of developing into a tropical depression in the next 24 to 48 hours, but may enter PAR by Saturday, June 29.

If it becomes a tropical depression inside PAR, it would be the Philippines’ 5th tropical cyclone for 2019 and would be given the local name Egay. (READ: LIST: PAGASA’s names for tropical cyclones in 2019)

PAGASA also warned that the southwest monsoon is expected to trigger light to heavy rain in the last days of June. Below are the areas likely to be affected by monsoon rain.

PAGASA warned residents in those areas to be on alert for possible flash floods and landslides.