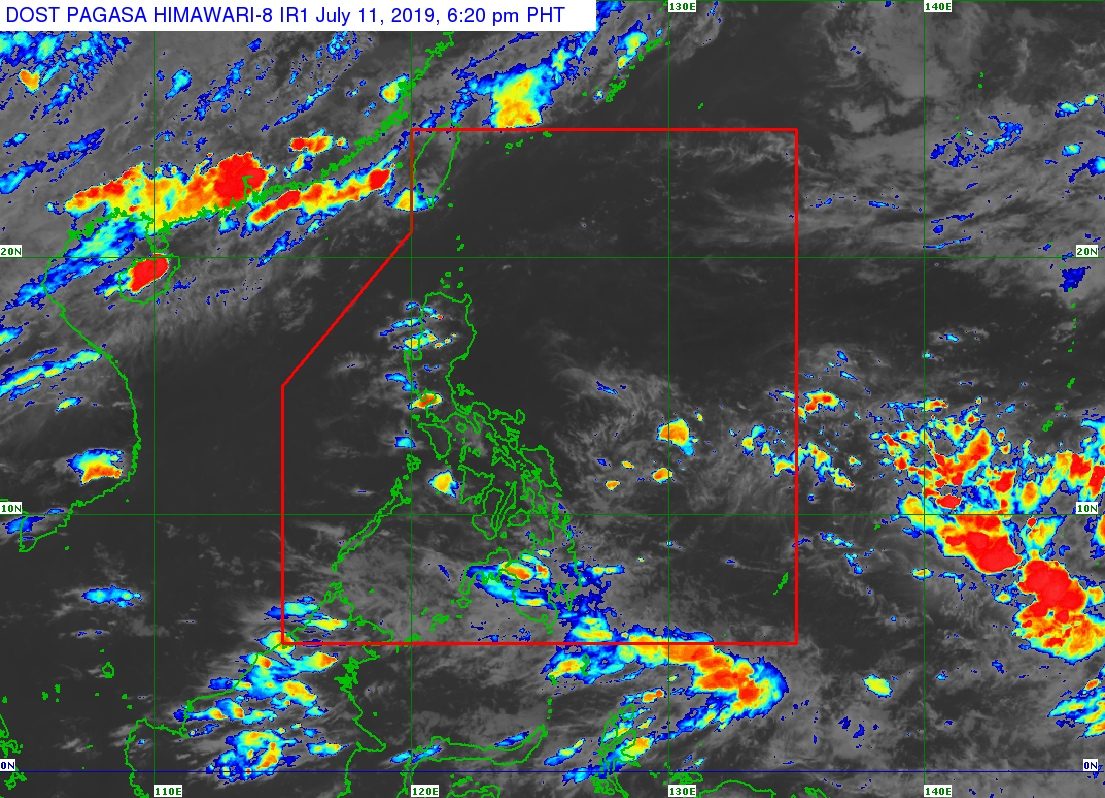 MANILA, Philippines – The trough or extension of a low pressure area (LPA) is affecting parts of Mindanao.

In a Facebook Live video past 4 pm on Thursday, July 11, the Philippine Atmospheric, Geophysical, and Astronomical Services Administration (PAGASA) said the LPA is located outside the Philippine Area of Responsibility.

Its trough is bringing scattered rainshowers and thunderstorms to the following areas:

The rest of the country, not affected by the trough of the LPA, will only have isolated rainshowers or localized thunderstorms.

The southwest monsoon or hanging habagat, meanwhile, remains weak. This period is called a monsoon break and it lasts a few days up to two weeks.