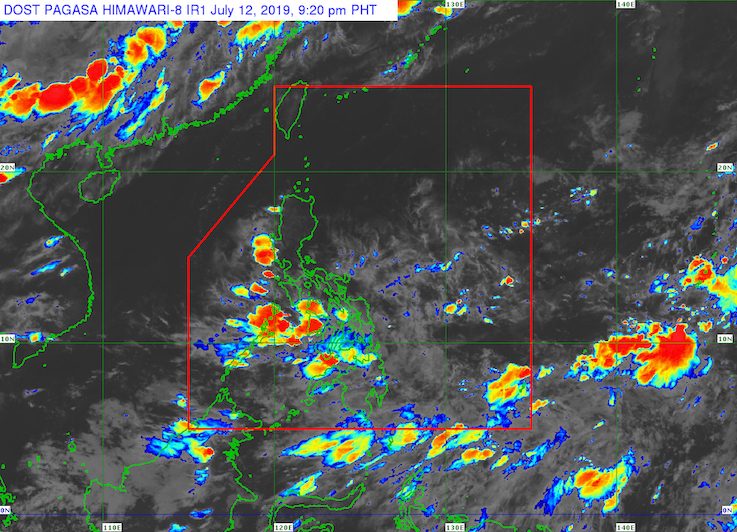 MANILA, Philippines – The low pressure area (LPA) that forecasters have been monitoring may enter the Philippine Area of Responsibility (PAR) on Sunday, July 14.

In a Facebook Live video past 5 pm on Friday, July 12, the Philippine Atmospheric, Geophysical, and Astronomical Services Administration (PAGASA) said the LPA is located 1,450 kilometers east of Mindanao.

Even though the LPA remains outside PAR, its trough or extension has already been affecting Mindanao, Eastern Visayas, and Central Visayas.

Scattered rainshowers and thunderstorms are hitting those areas. PAGASA warned that flash floods and landslides are possible.

The LPA could develop into a tropical depression in the coming days, possibly by Tuesday, July 16, according to PAGASA Weather Specialist Raymond Ordinario.

In the meantime, the rest of the country, not affected by the trough of the LPA, will only have isolated rainshowers or localized thunderstorms.

The southwest monsoon has been temporarily weak for more than a week now, a period called a monsoon break. But as mentioned, it may soon become enhanced with the arrival of the potential tropical depression.