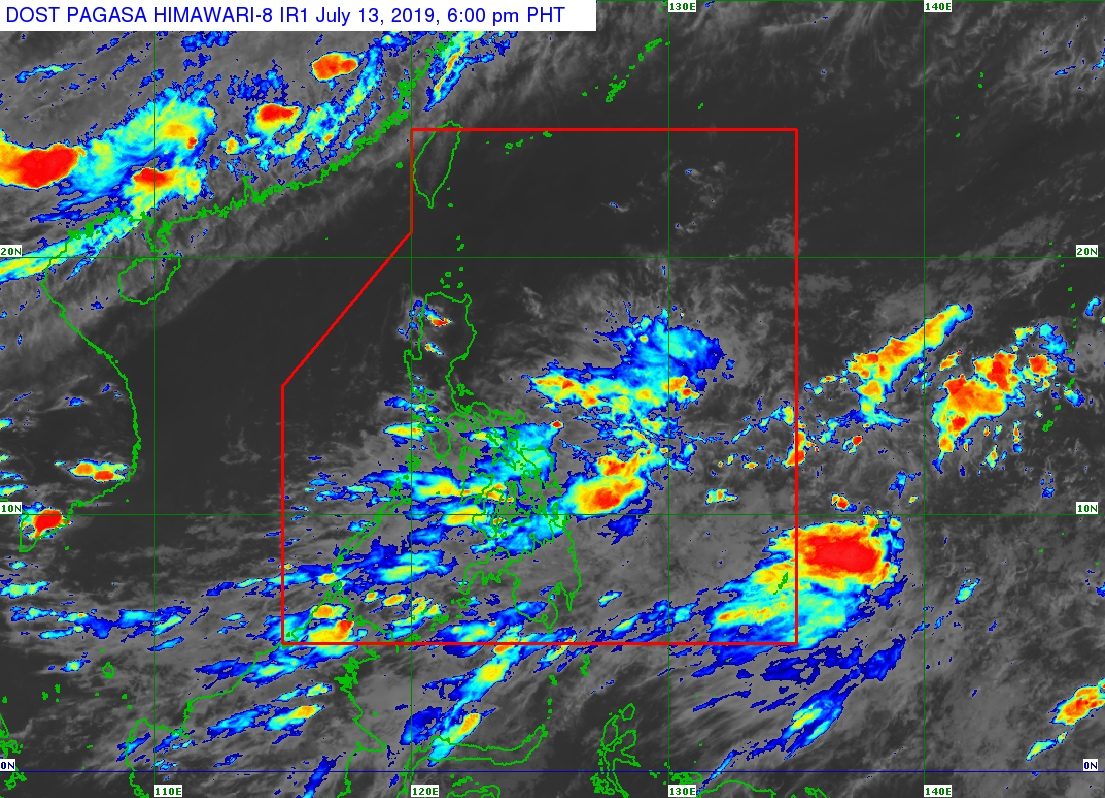 Facebook Twitter Copy URL
Copied
The low pressure area is still outside the Philippine Area of Responsibility, but its trough or extension is already bringing some rain

MANILA, Philippines – The trough or extension of a low pressure area (LPA) outside the Philippine Area of Responsibility (PAR) will continue to affect parts of the country.

In a Facebook Live video past 5 pm on Saturday, July 13, the Philippine Atmospheric, Geophysical, and Astronomical Services Administration (PAGASA) said the LPA is already 1,450 kilometers east of the Visayas.

Even though the LPA remains outside PAR, its trough is bringing rain to Palawan, the Visayas, and Mindanao.

Residents of those areas should expect scattered rainshowers and thunderstorms. Flash floods and landslides are possible.

PAGASA Weather Specialist Aldczar Aurelio said on Saturday that the LPA could enter PAR by Monday, July 15. It was initially seen to enter on Sunday, July 14.

The LPA might also develop into a tropical depression on Tuesday, July 16, or on Wednesday, July 17.

The rest of Luzon, not affected by the trough of the LPA, will only have isolated rainshowers or localized thunderstorms.