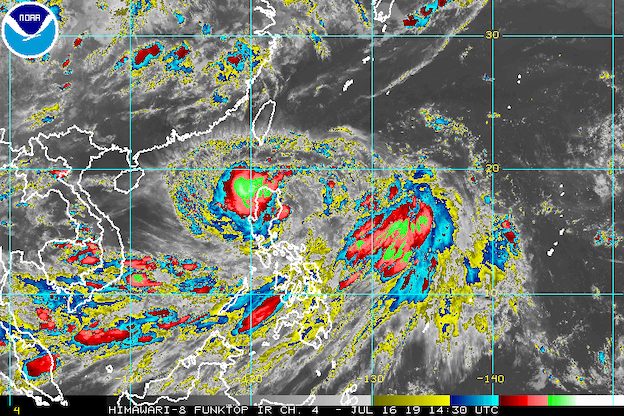 It is still moving west, but at a slightly slower pace of 25 kilometers per hour (km/h) from the previous 30 km/h.

Falcon continues to have maximum winds of 65 km/h and gustiness of up to 80 km/h. (READ: FAST FACTS: Tropical cyclones, rainfall advisories)

Signal No. 2 remains raised in:

Signal No. 1, meanwhile, is still up over:

PAGASA warned that Falcon could closely approach or make landfall over the Batanes-Babuyan area on Wednesday afternoon or evening, July 17.