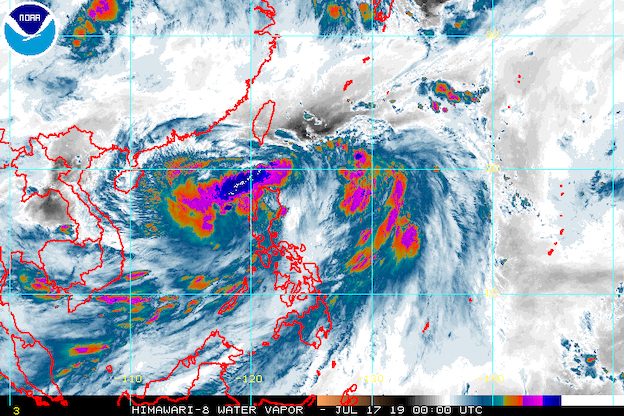 Facebook Twitter Copy URL
Copied
Tropical Storm Falcon (Danas) is back over the sea east of Cagayan after crossing land, while a low pressure area is spotted west of Ilocos Norte

In a briefing at 8:30 am on Wednesday, the Philippine Atmospheric, Geophysical, and Astronomical Services Administration (PAGASA) said Falcon is now 200 kilometers east of Aparri, Cagayan.

PAGASA Weather Specialist Loriedin de la Cruz explained in the briefing that Falcon had actually already left the landmass of Aparri, after it made landfall 12:30 am in Gattaran, Cagayan.

But a few hours after leaving Aparri’s landmass, the tropical storm looped and went back east of Cagayan, over water.

But it maintained its strength, with maximum winds of 65 km/h and gustiness of up to 80 km/h. (READ: FAST FACTS: Tropical cyclones, rainfall advisories)

Tropical cyclone wind signals remain raised in parts of Luzon, but there are fewer areas under Signal No. 1.

Falcon also continues to enhance the southwest monsoon or hanging habagat, which is triggering rain as well.

Here is the latest on the expected rainfall:

Residents of those areas must stay on alert for possible flash floods and landslides, especially in high-risk zones. 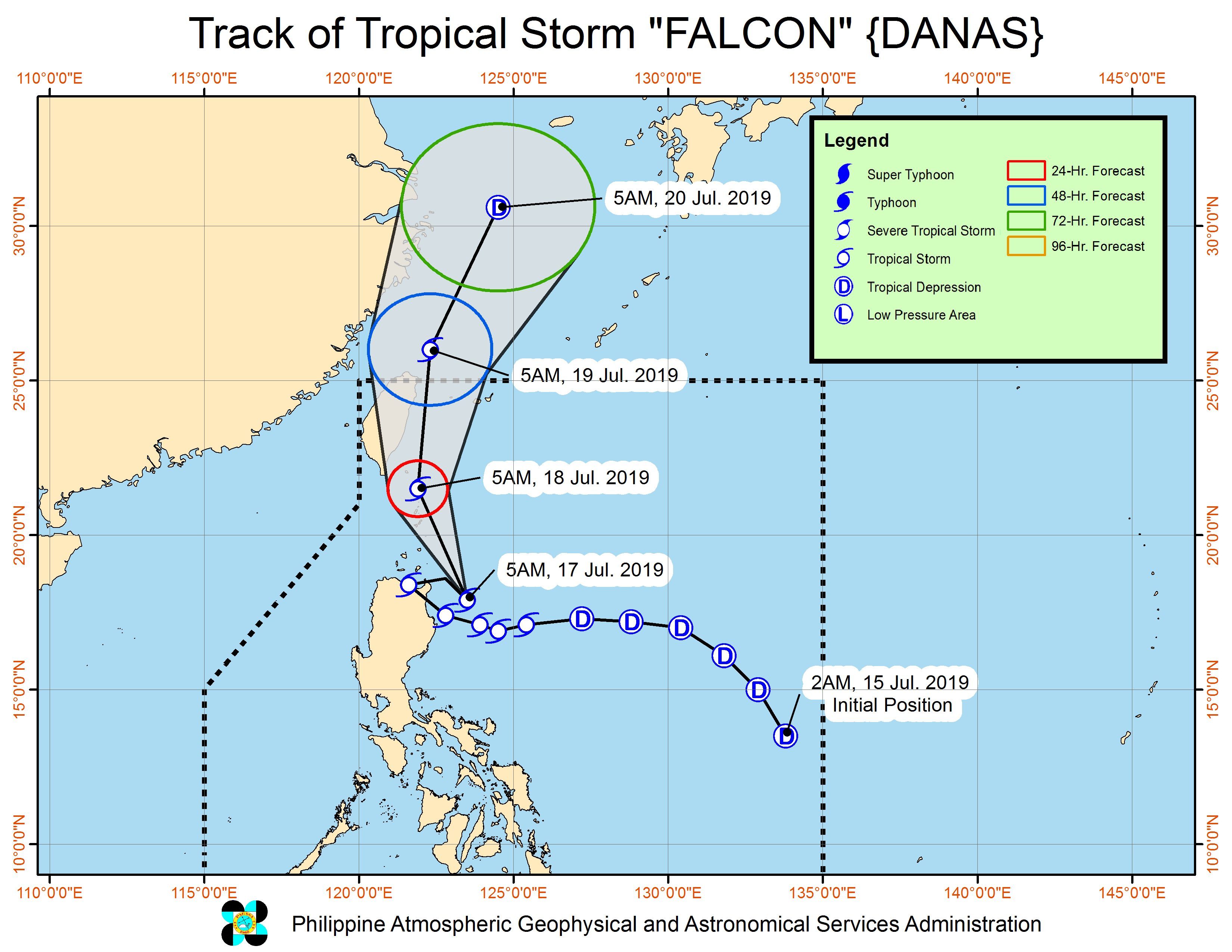