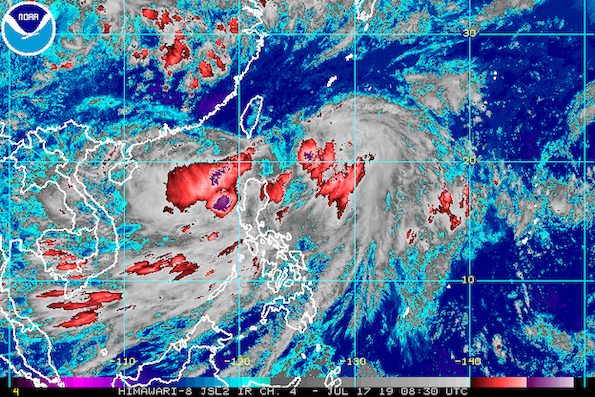 Facebook Twitter Copy URL
Copied
Aside from areas under Signal Nos. 1 and 2 due to Tropical Storm Falcon (Danas), other areas in Luzon and the Visayas will have rain until Thursday, July 18

In a briefing past 5 pm on Wednesday, July 17, the Philippine Atmospheric, Geophysical, and Astronomical Services Administration (PAGASA) said Falcon is already 265 kilometers east of Calayan, Cagayan.

The tropical storm is still moving north northwest at 20 kilometers per hour (km/h).

It also maintained its strength, with maximum winds of 65 km/h and gustiness of up to 80 km/h.

PAGASA warned of stormy weather in Batanes, while rain and gusty winds are expected in Apayao, Cagayan, Ilocos Norte, and the Babuyan Group of Islands.

Falcon had made landfall in Gattaran, Cagayan, at 12:30 am on Wednesday. (READ: FAST FACTS: Tropical cyclones, rainfall advisories)

Meanwhile, the LPA which is also enhancing the southwest monsoon is now 180 kilometers west of Sinait, Ilocos Sur, located over the West Philippine Sea.

The LPA only has a slim chance of developing into a tropical depression, according to PAGASA Weather Specialist Aldczar Aurelio.

But due to Falcon and the enhanced southwest monsoon, more rain is expected even in areas without tropical cyclone wind signals.

There may be flash floods and landslides in areas affected by Falcon and the enhanced southwest monsoon. 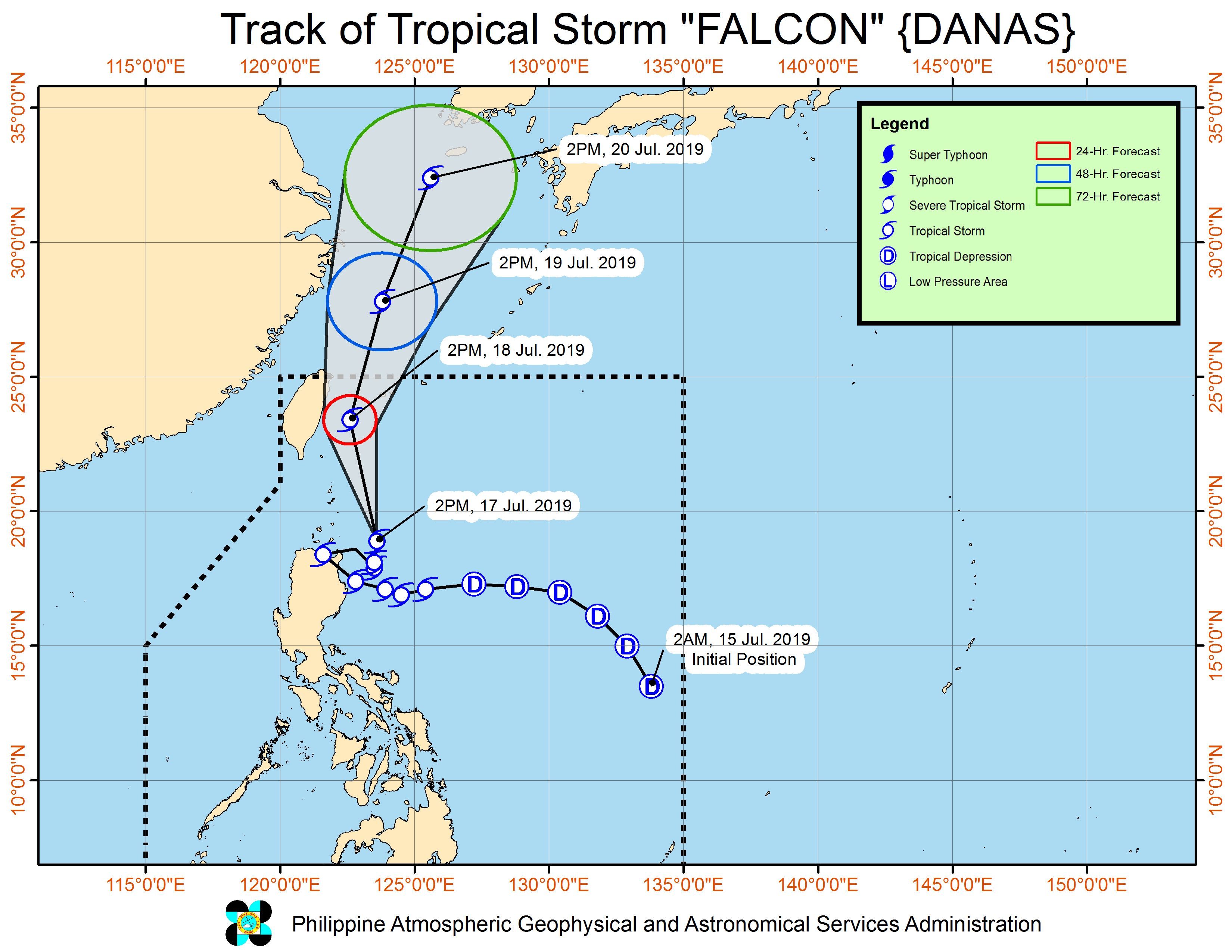