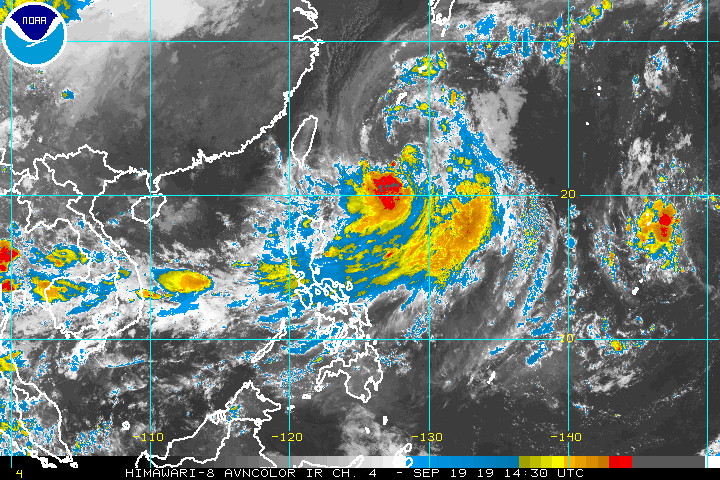 The tropical storm is now moving north northwest at 15 kilometers per hour (km/h), after being almost stationary or hardly moving earlier on Thursday.

Nimfa is not expected to make landfall in the country, and there are no areas under tropical cyclone wind signals.

But PAGASA Senior Weather Specialist Chris Perez said rain from Nimfa’s trough and the southwest monsoon will persist. Here’s the latest on the expected rainfall: 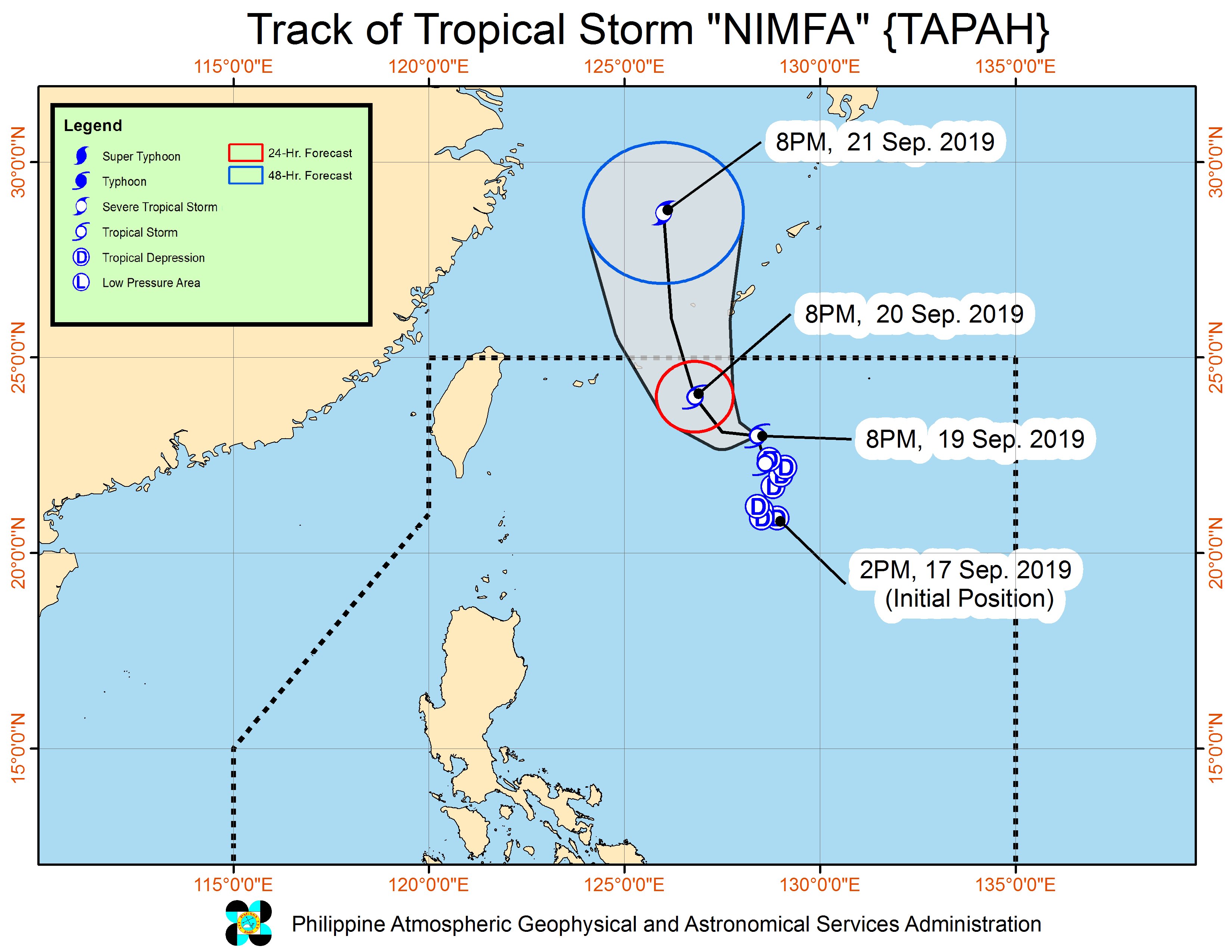