MANILA, Philippines – Perla intensified from a tropical depression into a tropical storm at 2 am on Friday, October 18. It has been given the international name Neoguri.

In a briefing at 5 am on Friday, the Philippine Atmospheric, Geophysical, and Astronomical Services Administration (PAGASA) said Tropical Storm Perla (Neoguri) now has maximum winds of 65 kilometers per hour (km/h) from the previous 55 km/h and gustiness of up to 80 km/h from the previous 70 km/h.

But Perla is seen to return to being a tropical depression, and then eventually into a low pressure area, while still inside the Philippine Area of Responsibility.

It is already 790 kilometers east of Basco, Batanes, almost stationary or hardly moving at the moment.

PAGASA Weather Specialist Ezra Bulquerin noted that Perla has significantly shifted direction, and is now expected to move northeast and then north. Landfall is unlikely given this track.

But Perla could trigger scattered rain and thunderstorms in the following areas beginning Saturday, October 19, or Sunday, October 20:

Light rain is already expected in Batanes and Cagayan on Friday because of the northeasterly surface windflow. But PAGASA said the rain will have “no significant impact.”

Also due to the northeasterly surface windflow, travel is risky in the seaboards of Northern Luzon, especially for small vessels. 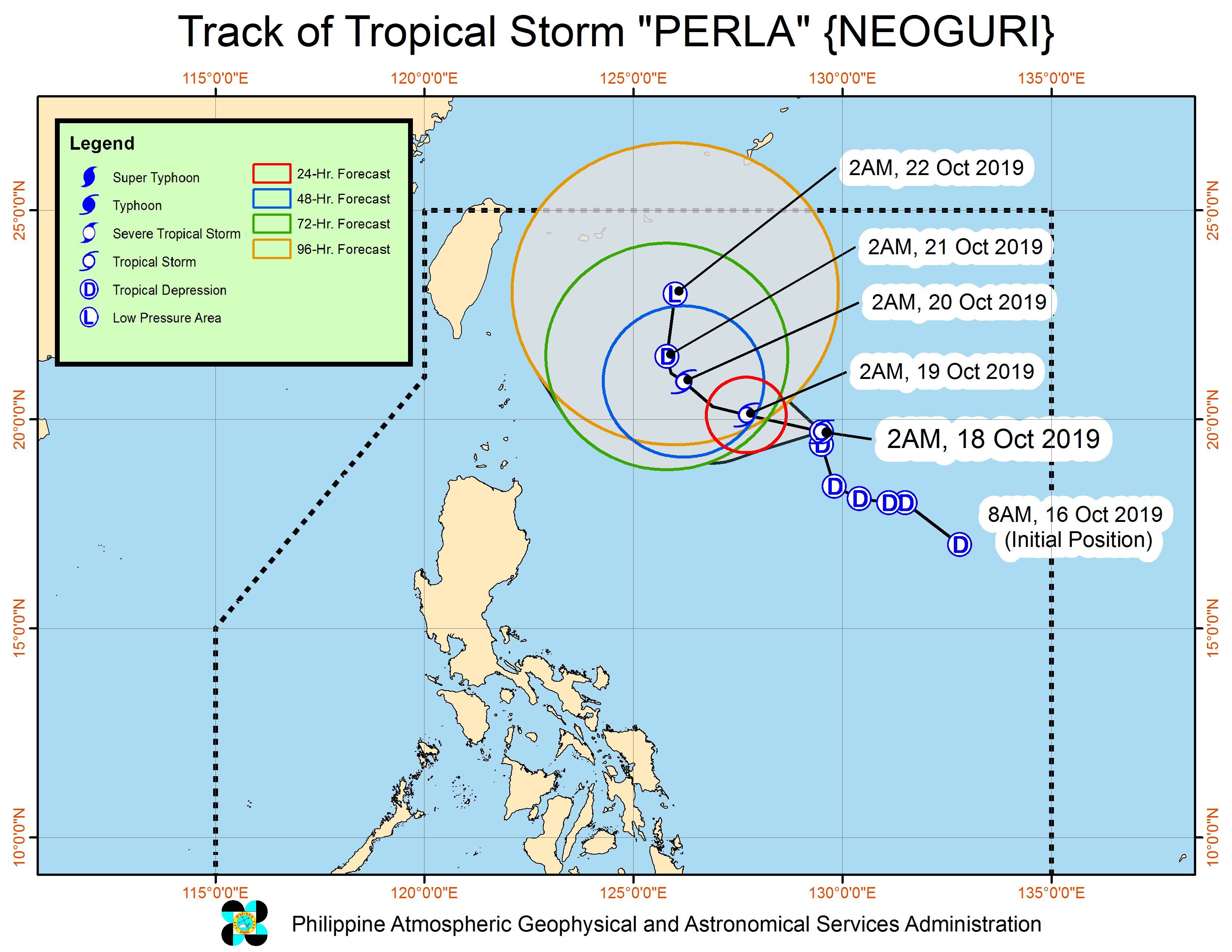 Meanwhile, the intertropical convergence zone (ITCZ) will bring scattered rainshowers and thunderstorms to these areas on Friday:

Other parts of the country, not affected by the ITCZ or the northeasterly surface windflow, will continue to have fair weather. There may just be isolated rainshowers or localized thunderstorms, mostly in the afternoon or evening.