Nov 12, 2019 6:15 PM PHT
Acor Arceo
Facebook Twitter Copy URL
Copied
Signal No. 1 is up in Eastern Samar and the eastern part of Northern Samar due to Tropical Depression Ramon as of Tuesday afternoon, November 12 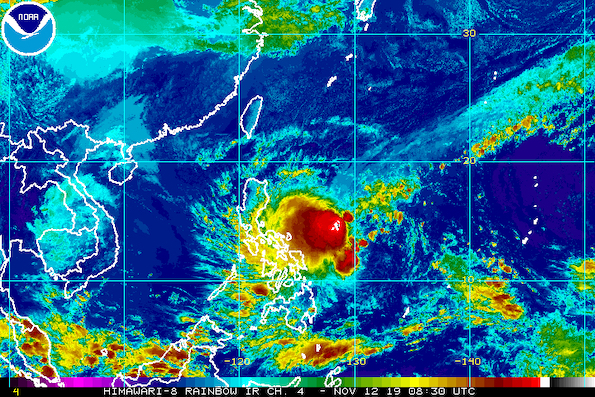 MANILA, Philippines – Signal No. 1 was raised in two areas on Tuesday afternoon, November 12, due to Tropical Depression Ramon, which slowed down.

The tropical depression is still moving west, but even slower than its earlier pace of 10 kilometers per hour (km/h).

Ramon continues to have maximum winds of 55 km/h and gustiness of up to 70 km/h. It is expected to intensify into a tropical storm within the next 48 hours.

Signal No. 1 means winds of 30 km/h to 60 km/h are expected within 36 hours. Residents are advised to prepare ahead of time. (READ: FAST FACTS: Tropical cyclones, rainfall advisories)

Ramon will also trigger rain in the coming days. Here is the latest on the areas which will be affected:

PAGASA warned that flash floods and landslides are possible in areas in Ramon’s path.

Based on Ramon’s latest forecast track, it could make landfall in the Isabela-Aurora area on Saturday, November 16. This is possible if the tropical depression maintains its current speed and direction. 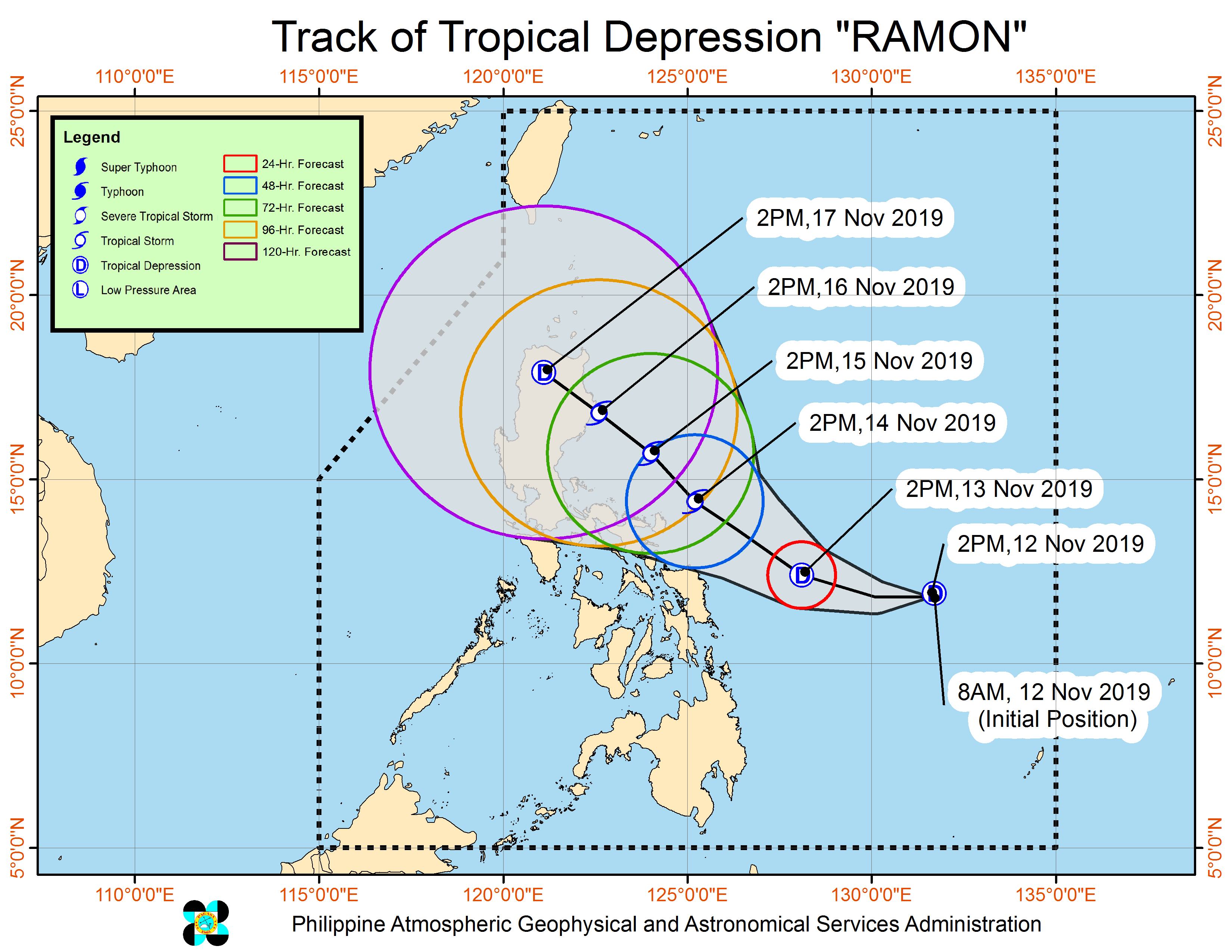