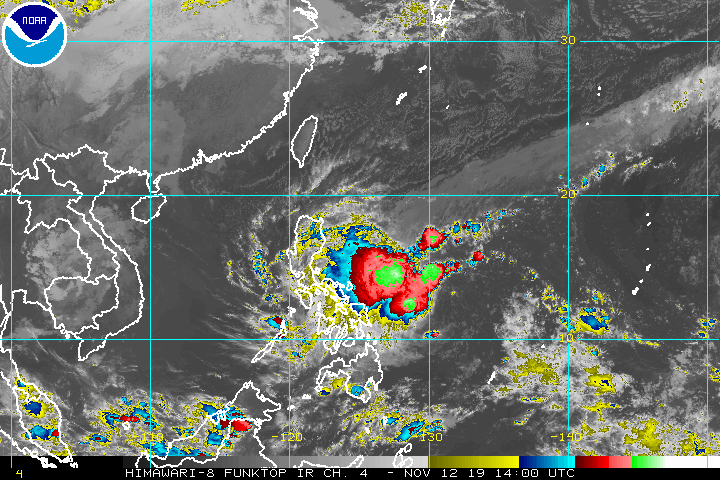 MANILA, Philippines – Tropical Depression Ramon, which maintained its strength on Tuesday evening, November 12, is expected to affect parts of Luzon as well as the provinces in the island of Samar in the Visayas.

The tropical depression is moving west at just 10 kilometers per hour (km/h).

Ramon still has maximum winds of 55 km/h and gustiness of up to 70 km/h. It is expected to intensify into a tropical storm within the next 24 hours.

Signal No. 1 remains up over:

In terms of rainfall, below is PAGASA’s latest forecast.

Residents of those areas must watch out for possible flash floods and landslides.

Based on Ramon’s latest forecast track, it could make landfall in the Isabela-Cagayan area on Saturday, November 16. This is if it maintains its current speed and direction. 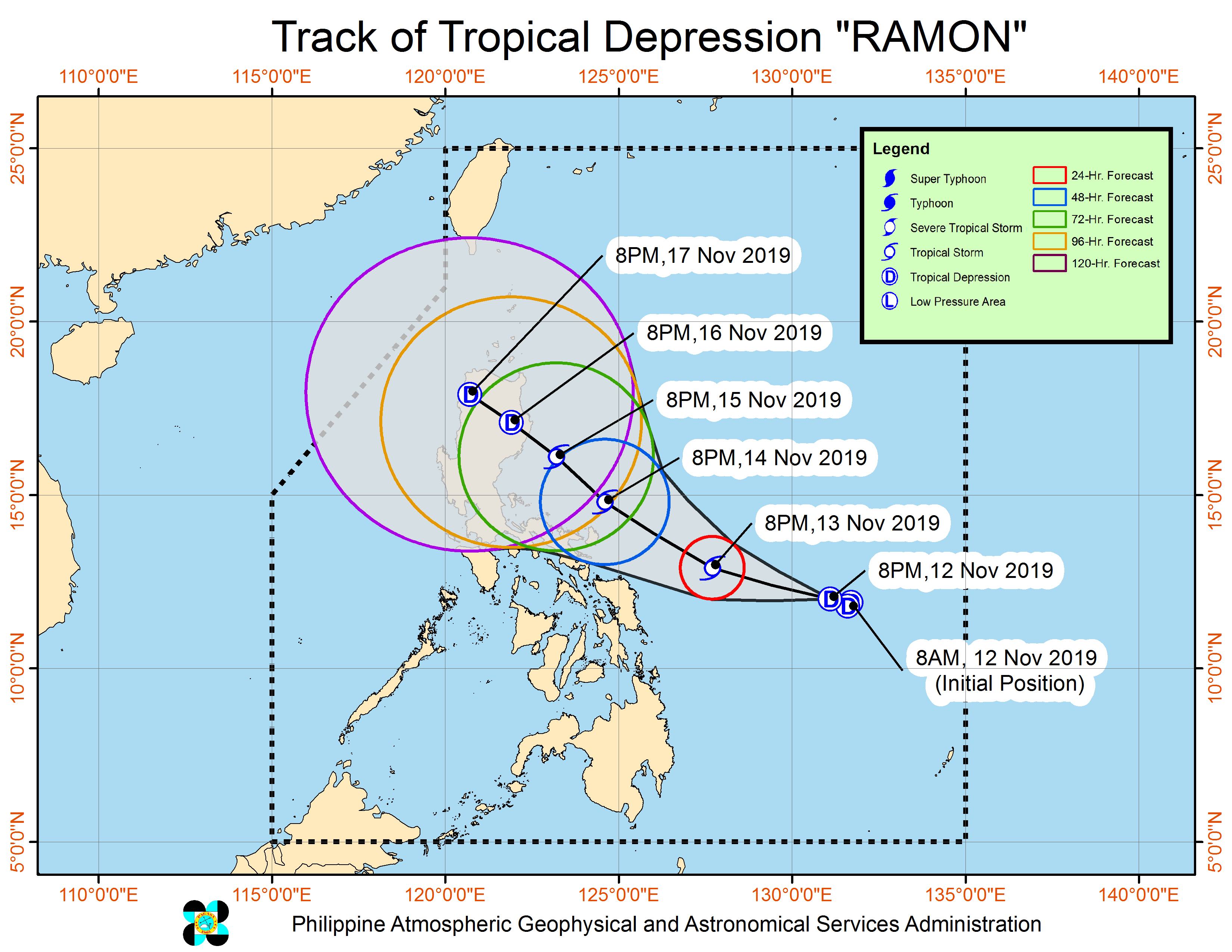