3 more areas under Signal No. 1 due to Tropical Storm Ramon

Nov 14, 2019 11:55 AM PHT
Acor Arceo
Facebook Twitter Copy URL
Copied
The eastern part of Isabela, the northern part of Aurora, and Polillo Island are added to the list of areas under Signal No. 1 at 11 am on Thursday, November 14 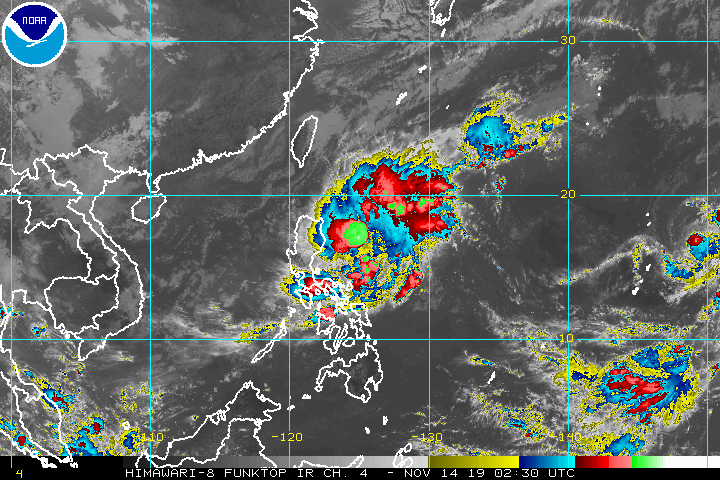 In a briefing at 11 am on Thursday, the Philippine Atmospheric, Geophysical, and Astronomical Services Administration (PAGASA) said Ramon is already 290 kilometers east northeast of Virac, Catanduanes, or 410 kilometers east of Daet, Camarines Norte.

It is now moving north northwest at a slightly faster 20 kilometers per hour (km/h) from the previous 10 km/h, though it has generally been a slow-moving tropical cyclone.

Ramon maintained its strength, with maximum winds of 65 km/h and gustiness of up to 80 km/h.

These are the latest areas under tropical cyclone wind signals:

Ramon is also bringing rain to parts of Luzon. Here is the latest on the expected rainfall:

Based on Ramon’s latest forecast track, it could make landfall in the Isabela-Cagayan area in the early hours of Sunday, November 17.

Afterwards, it will cross Northern Luzon, said PAGASA Weather Specialist Raymond Ordinario, and then linger inside the Philippine Area of Responsibility possibly until Wednesday, November 20. 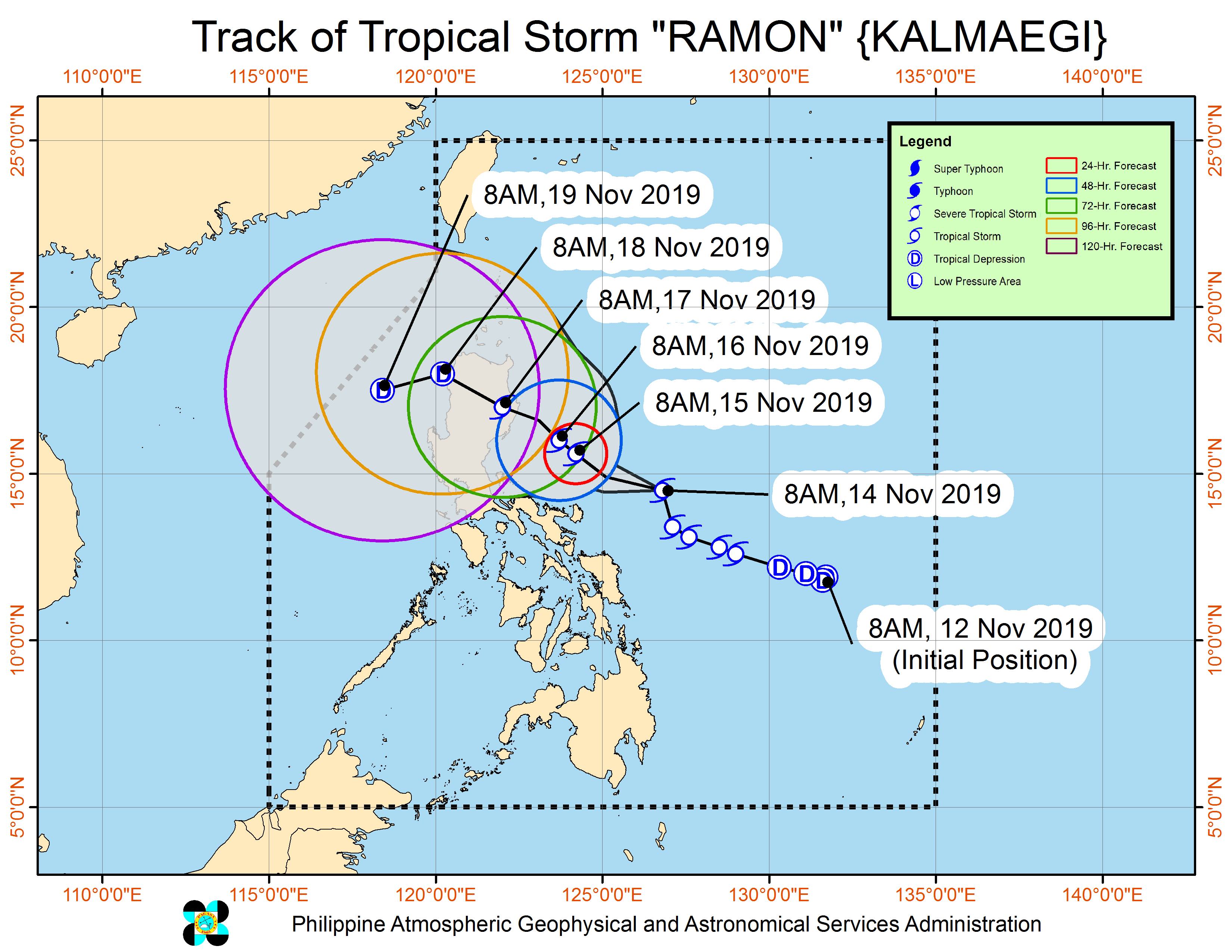