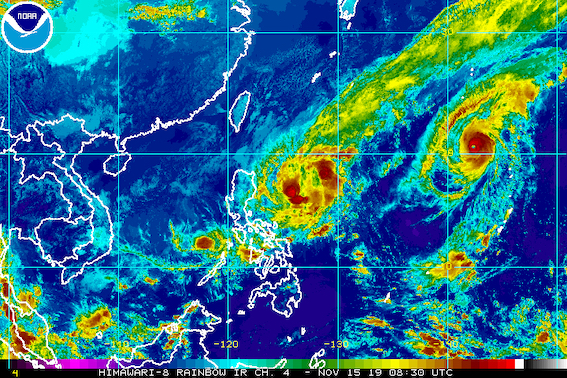 In a briefing at 5 pm on Friday, the Philippine Atmospheric, Geophysical, and Astronomical Services Administration (PAGASA) said Ramon remains 460 kilometers east of Tuguegarao City, Cagayan, unchanged from its location in the morning.

The following areas remain under a tropical cyclone wind signal:

Ramon is again expected to trigger rain during the weekend as it approaches Northern Luzon.

PAGASA added that gusty conditions may persist in Northern Luzon on Friday, especially in coastal and mountainous areas, due to the northeast monsoon or hanging amihan enhanced by Ramon.

Since Ramon keeps slowing down, its projected landfall gets pushed back. It could now make landfall in Cagayan on Monday, November 18. 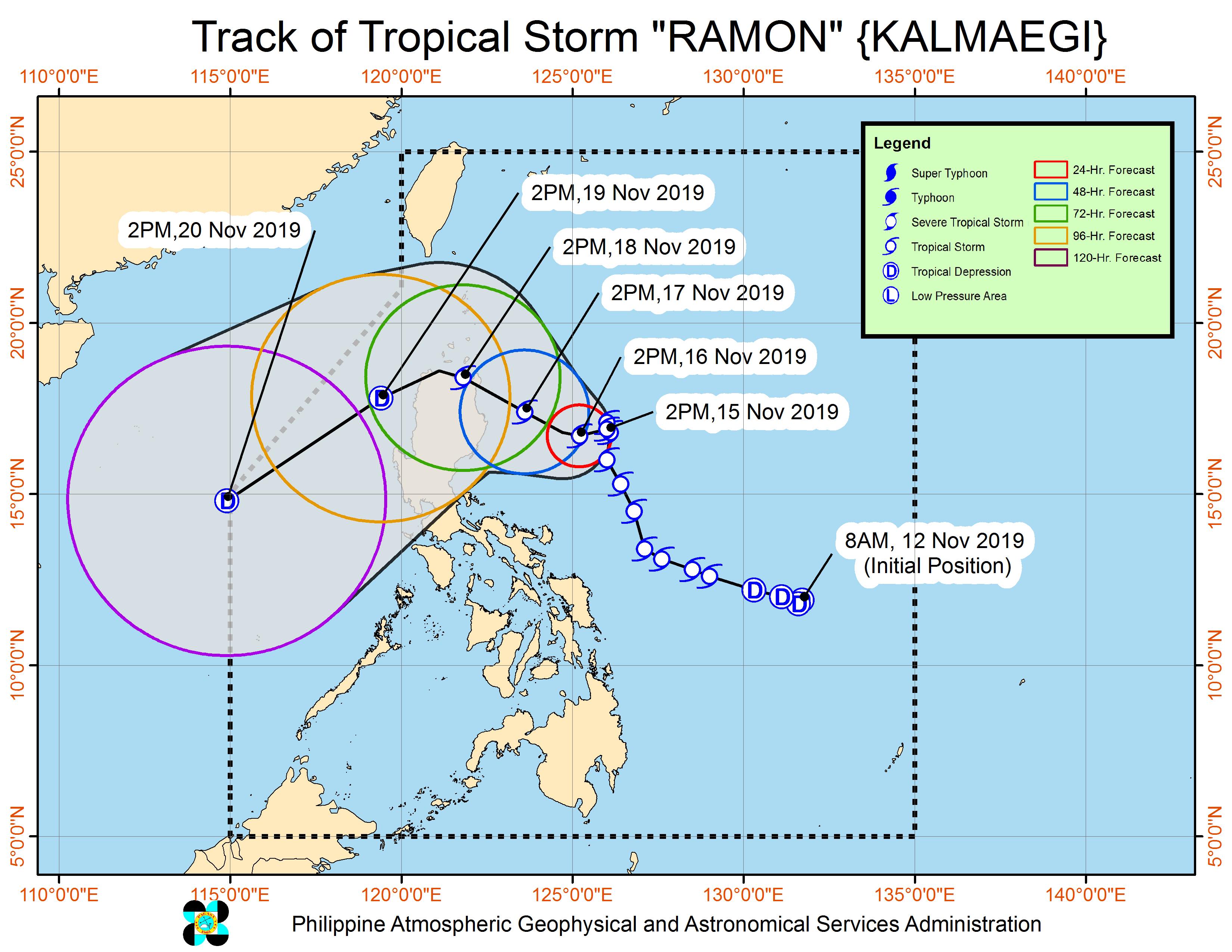