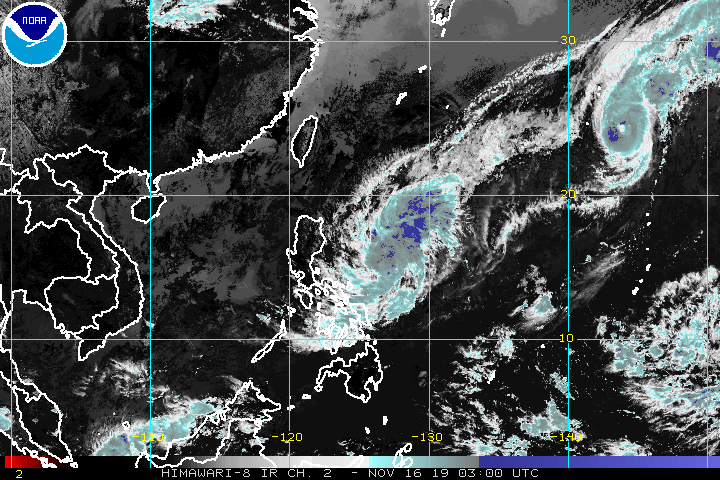 In a briefing past 11 am on Saturday, the Philippine Atmospheric, Geophysical, and Astronomical Services Administration (PAGASA) said Ramon is 420 kilometers north northeast of Virac, Catanduanes, hardly moving since Friday, November 15.

It maintained its strength, with maximum winds of 65 kilometers per hour (km/h) and gustiness of up to 80 km/h.

The following areas remain under a tropical cyclone wind signal:

Ramon is still bringing rain to some areas this weekend.

PAGASA added that gusty conditions may be experienced on Saturday in Northern Luzon, Aurora, and Bicol, especially in coastal and mountainous areas, due to the northeast monsoon or hanging amihan.

Based on Ramon’s latest forecast track, it could make landfall in Cagayan on Monday, November 18.

Its exit from the Philippine Area of Responsibility might be on Wednesday, November 20. 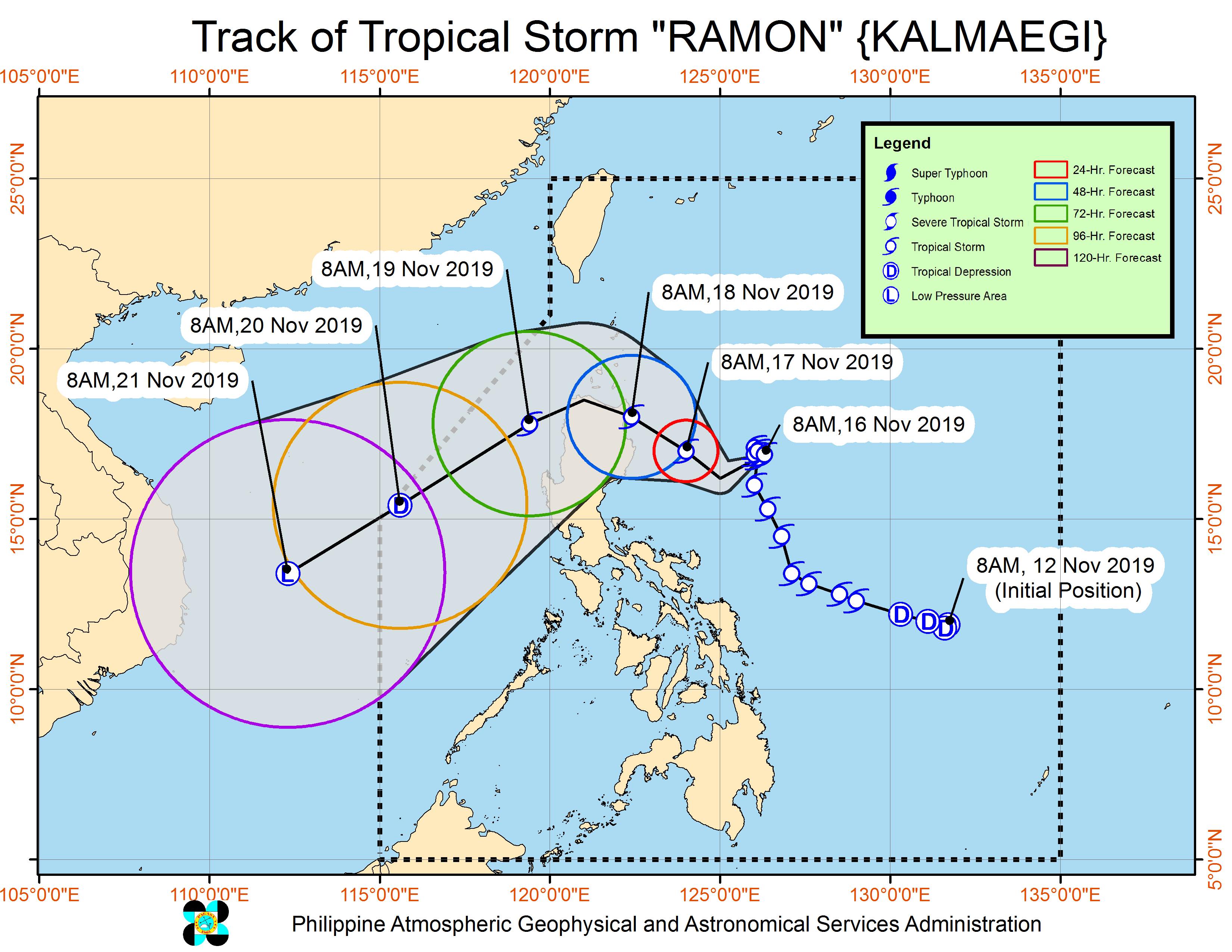