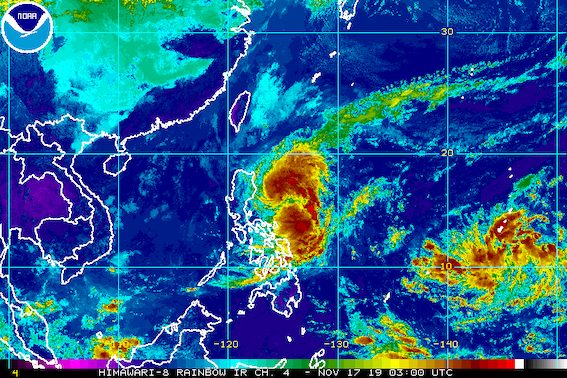 MANILA, Philippines – The state weather bureau is now monitoring both Tropical Storm Ramon (Kalmaegi) inside the Philippine Area of Responsibility (PAR) and a new low pressure area (LPA) that formed outside.

In a briefing past 11 am on Sunday, November 17, the Philippine Atmospheric, Geophysical, and Astronomical Services Administration (PAGASA) said Ramon is already 395 kilometers east of Casiguran, Aurora.

It is moving north northwest toward Northern Luzon at 10 kilometers per hour (km/h), still slow.

Ramon continues to have maximum winds of 65 km/h and gustiness of up to 80 km/h.

Below is the latest list of areas under a tropical cyclone wind signal, with the entire provinces of Cagayan and Isabela already covered. Previously, only the eastern portions of these provinces were included.

Ramon will continue to bring rain in the next two days.

Based on Ramon’s latest forecast track, it might make landfall in Cagayan between Monday evening, November 18, and the early hours of Tuesday, November 19.

After hitting land, the tropical storm is projected to weaken into a tropical depression and then eventually into an LPA. It could exit PAR as an LPA by Thursday, November 21. 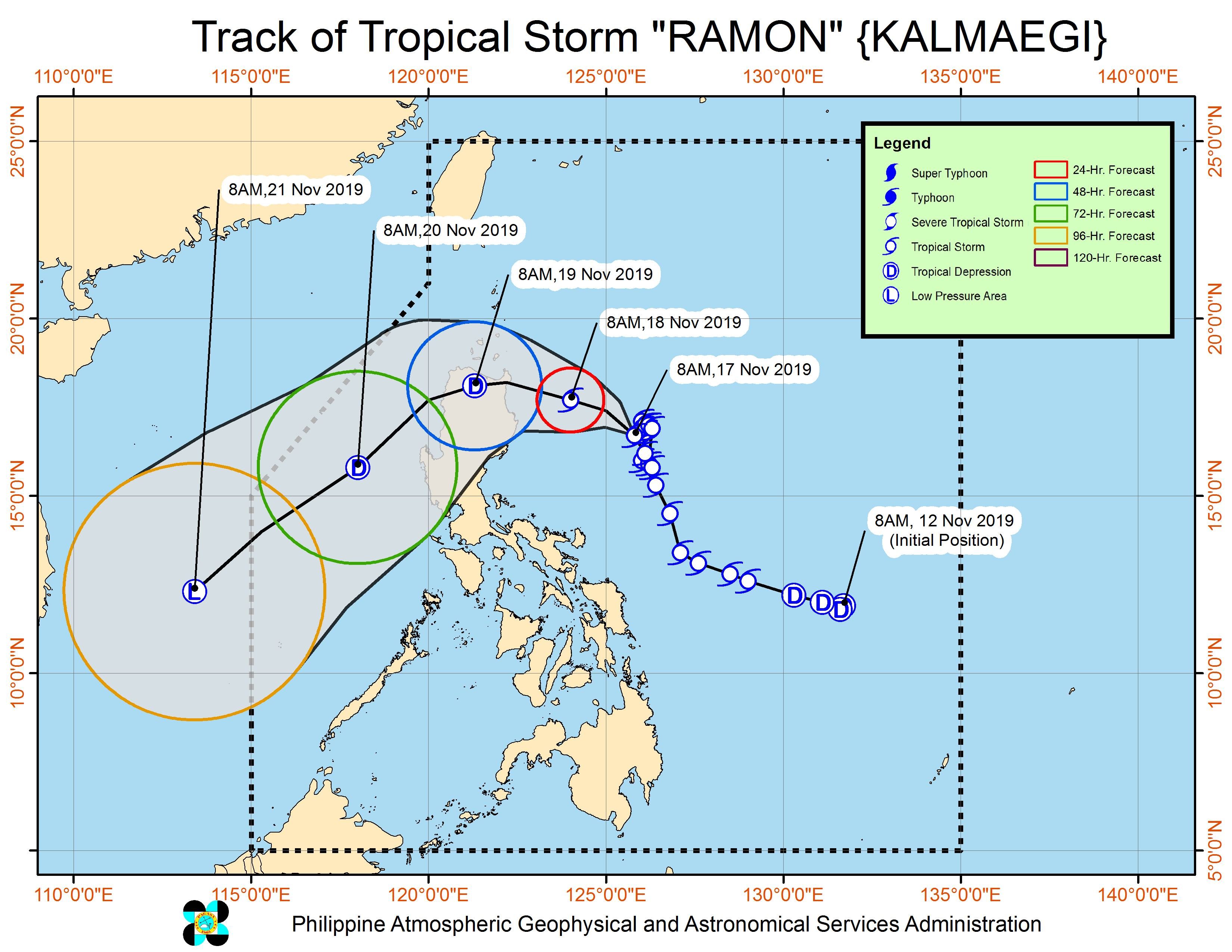 Meanwhile, the new LPA located outside PAR is 2,420 kilometers east of the Visayas. It could enter PAR on Tuesday.

But Estareja clarified that there is no truth to rumors being spread online that the LPA will become a super typhoon.