Ramon now a typhoon, set for landfall in Cagayan 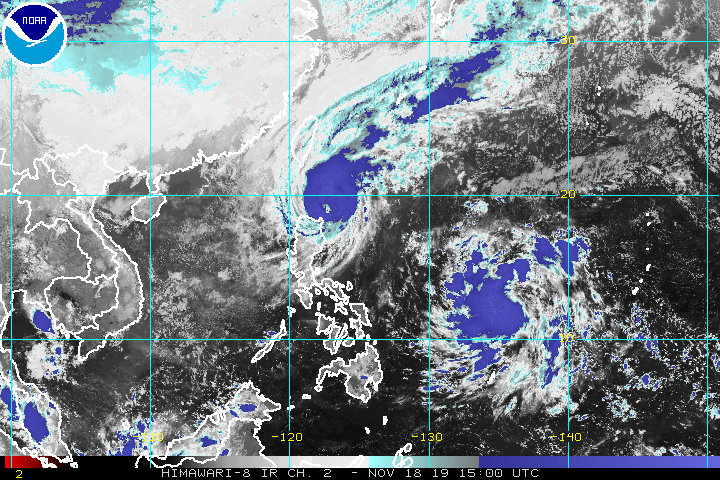 In a briefing past 11 pm on Monday, the Philippine Atmospheric, Geophysical, and Astronomical Services Administration (PAGASA) said Ramon now has maximum winds of 120 kilometers per hour (km/h) from the previous 110 km/h and gustiness of up to 150 km/h from the previous 135 km/h.

Ramon could make landfall either in Santa Ana, Cagayan, or in the Babuyan Group of Islands – an archipelago also part of Cagayan province – between Monday evening and Tuesday morning, November 19.

In Santa Ana, at least 445 individuals or 111 families have evacuated as of 9:49 pm on Monday, according to the Philippine Information Agency-Cagayan Valley, citing municipal authorities.

Signal No. 3 has now been raised, in addition to Signal Nos. 1 and 2. Here is the latest list of areas under tropical cyclone wind signals:

Ramon could leave the Philippine Area of Responsibility (PAR) early Thursday, November 21. By then, it would have likely weakened into a tropical depression or a low pressure area (LPA) already. 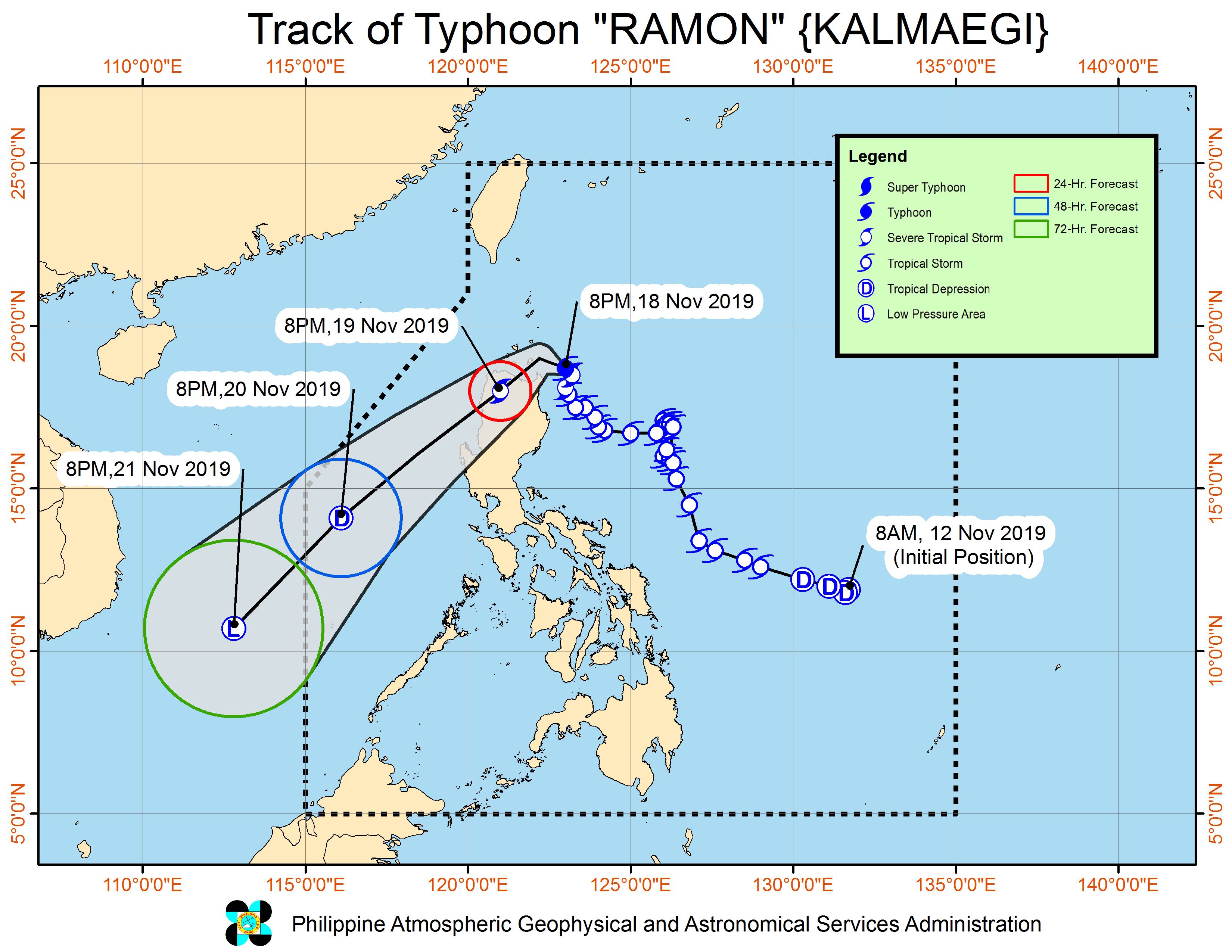 Meanwhile, the LPA outside PAR is now 1,210 kilometers east of Eastern Visayas. It is expected to enter within 24 hours and may develop into a tropical depression within 48 hours.