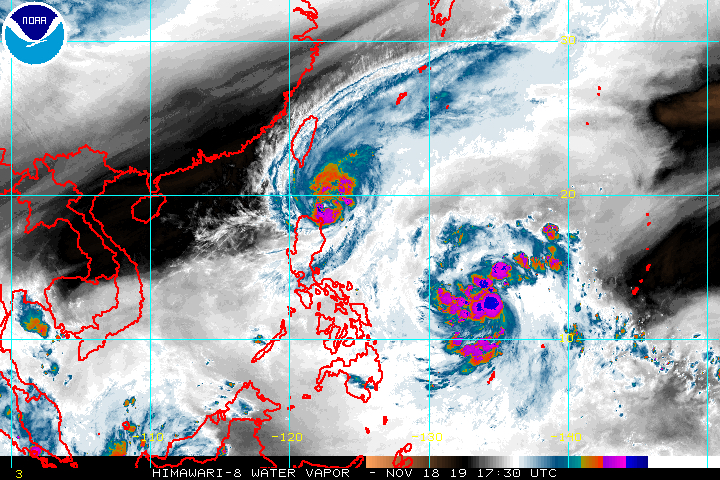 MANILA, Philippines – The direction of Typhoon Ramon (Kalmaegi) changed from northwest to west northwest in the early hours of Tuesday, November 19, meaning it is now poised to hit the Babuyan Group of Islands and not the municipality of Santa Ana in mainland Cagayan.

In a bulletin issued 2 am on Tuesday, the Philippine Atmospheric, Geophysical, and Astronomical Services Administration (PAGASA) said Ramon is now 125 kilometers east northeast of Aparri, Cagayan, or 135 kilometers east southeast of Calayan, Cagayan.

The typhoon continues to move at a slow 10 kilometers per hour (km/h).

It maintained its strength, with maximum winds of 120 km/h and gustiness of up to 150 km/h.

Ramon is expected to make landfall in the Babuyan Group of Islands – an archipelago also part of Cagayan province – on Tuesday. It is forecast to gradually weaken after hitting land, “due to the land interaction and the northeast monsoon,” said PAGASA.

This is the latest list of areas under tropical cyclone wind signals:

Classes have been suspended in some areas for Tuesday. (READ: #WalangPasok: Class suspensions, Tuesday, November 19, 2019)

Travel also remains risky, especially for small vessels, in the seaboards of areas under tropical cyclone wind signals as well as the western seaboard of Zambales and Bataan.

Ramon could leave the Philippine Area of Responsibility (PAR) on Thursday morning, November 21. By then, it would have likely weakened into a tropical depression or a low pressure area (LPA) already. 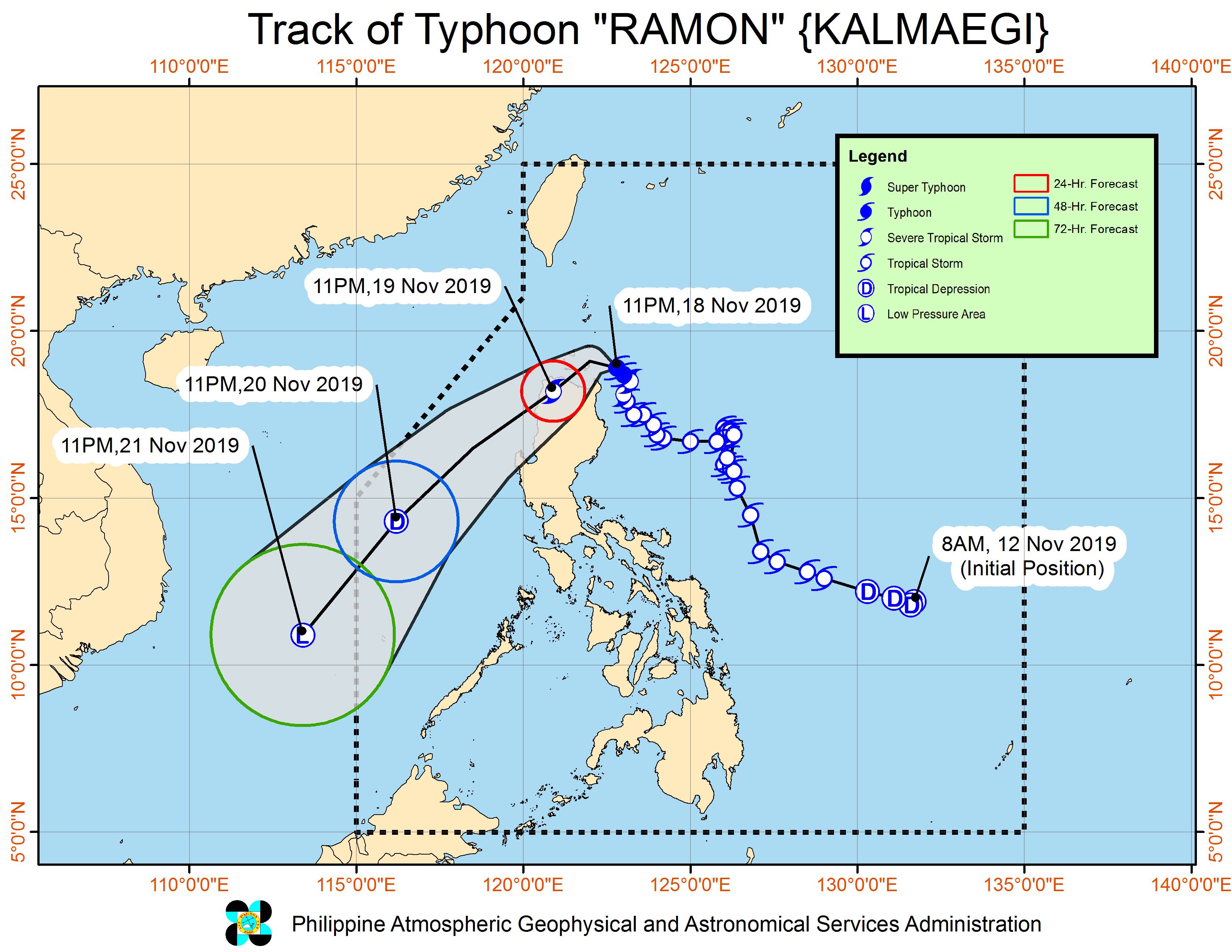 Meanwhile, the LPA outside PAR is now 1,105 kilometers east of Eastern Visayas.

It is expected to enter PAR on Tuesday morning, and may develop into a tropical depression within 24 hours.

If it becomes a tropical depression inside PAR, it would be given the local name Sarah – potentially the Philippines’ 19th tropical cyclone for 2019, and the 3rd for November. (READ: LIST: PAGASA’s names for tropical cyclones in 2019)