Typhoon Ramon slows down as it threatens Babuyan 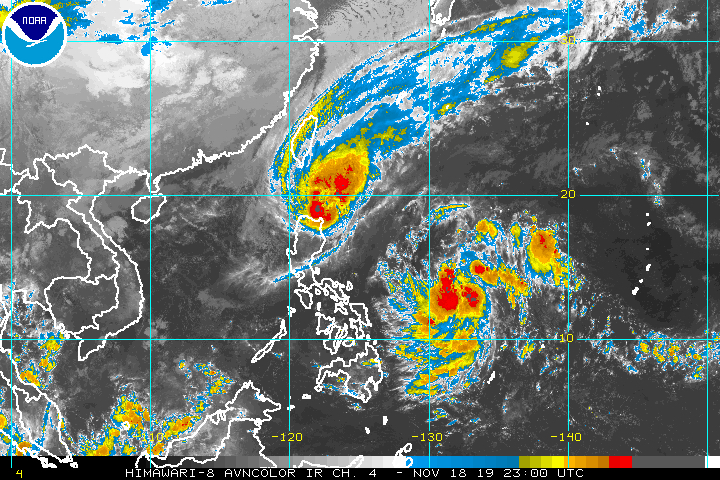 In a bulletin issued 8 am on Tuesday, the Philippine Atmospheric, Geophysical, and Astronomical Services Administration (PAGASA) said Ramon is now 110 kilometers east of Calayan, Cagayan.

The typhoon is slowly moving west northwest, even slower than its previous pace of 10 kilometers per hour (km/h).

Since Ramon slowed down, its landfall has been pushed back yet again. It is now expected to hit the Babuyan Group of Islands between Tuesday afternoon and evening.

Rain from Ramon will persist throughout Tuesday and also on Wednesday, November 20. Residents must stay on alert for possible flash floods and landslides. (READ: FAST FACTS: Tropical cyclones, rainfall advisories)

Travel also remains risky, especially for small vessels, in the seaboards of areas under tropical cyclone wind signals, the seaboard of the southern part of Isabela, as well as the western seaboard of Zambales and Bataan.

Ramon could leave the Philippine Area of Responsibility (PAR) early Thursday, November 21. By then, it would have likely weakened into a low pressure area (LPA). 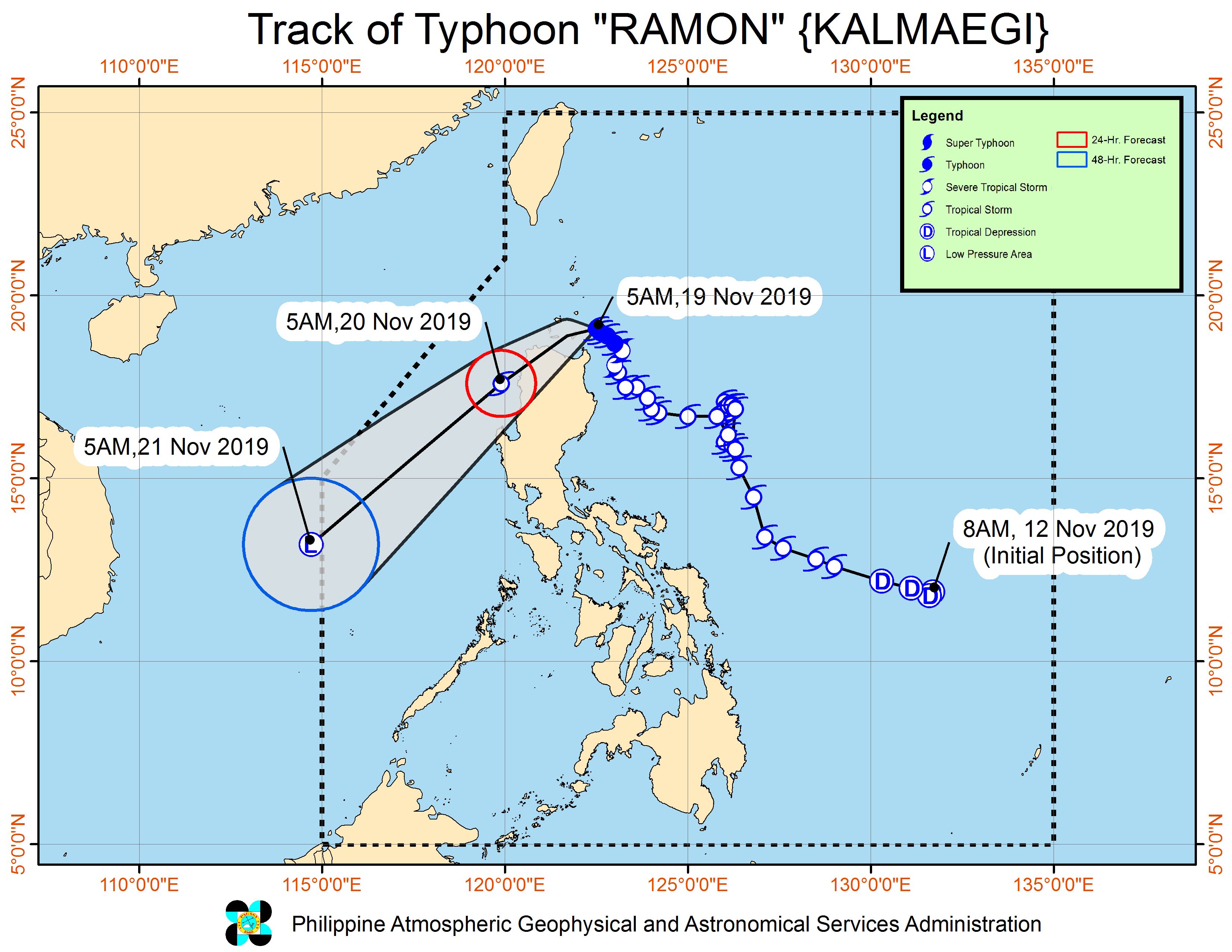 Meanwhile, the LPA inside PAR is now 810 kilometers east of Guiuan, Eastern Samar.

It is likely to develop into a tropical depression within 24 hours. If it does, it would be given the local name Sarah – potentially the Philippines’ 19th tropical cyclone for 2019, and the 3rd for November. (READ: LIST: PAGASA’s names for tropical cyclones in 2019)