Typhoon Ramon stuck in same spot ahead of landfall 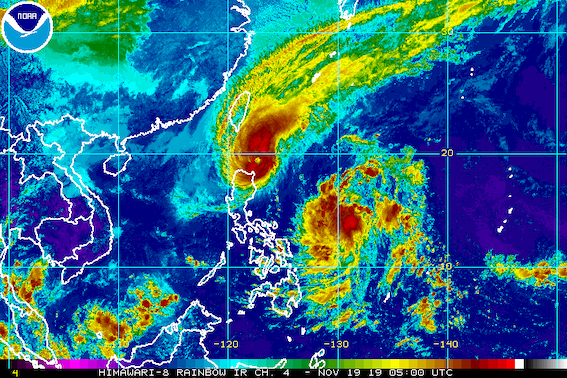 The typhoon continues to have maximum winds of 120 kilometers per hour (km/h) and gustiness of up to 165 km/h.

So far, Ramon is still expected to make landfall in the Babuyan Group of Islands between Tuesday afternoon and evening.

The same areas are under tropical cyclone wind signals.

Aside from possible flash floods and landslides, PAGASA also warned there could be storm surges up to 2 meters high in La Union and Pangasinan.

Ramon could leave the Philippine Area of Responsibility (PAR) early Thursday, November 21. By then, it would have likely weakened into a low pressure area (LPA). 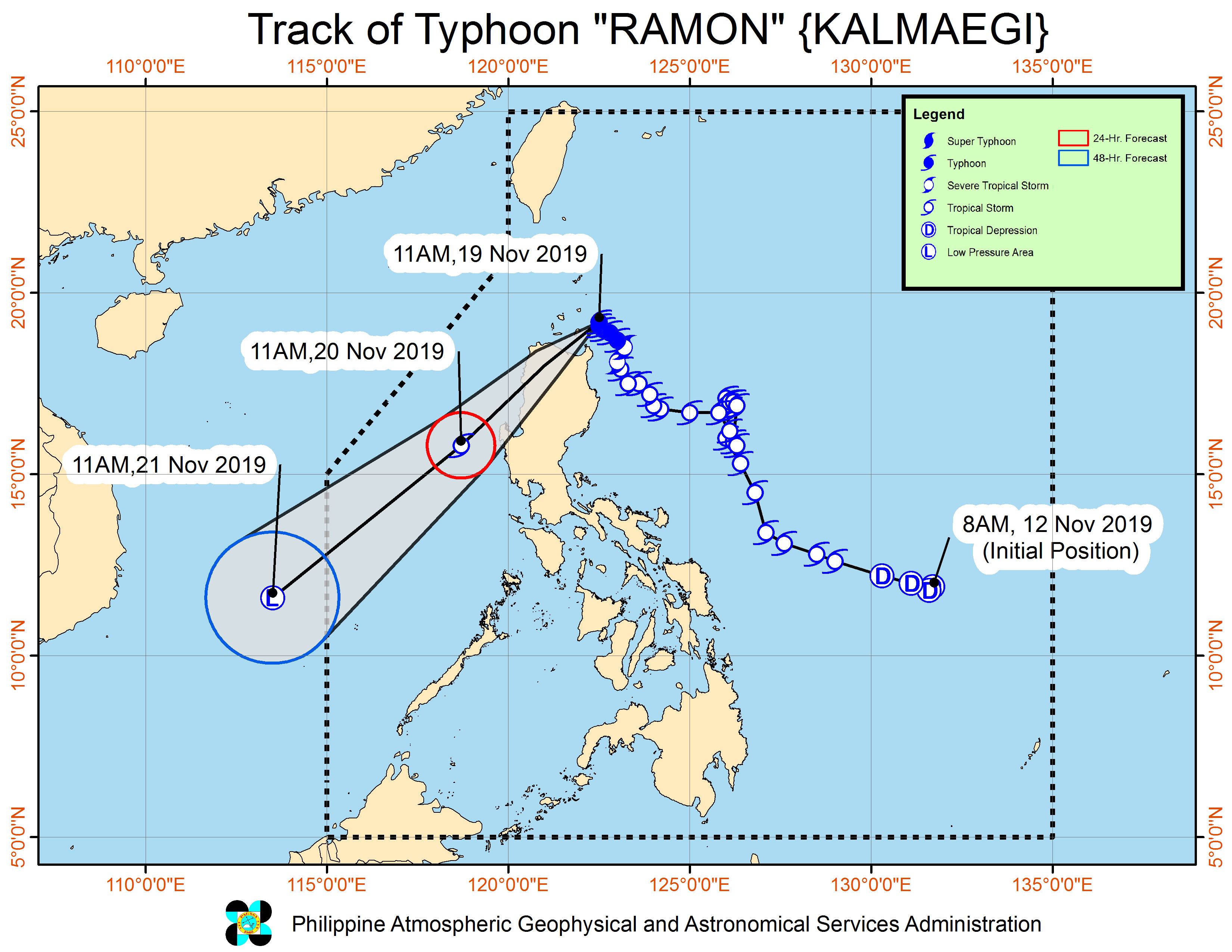 It is likely to develop into a tropical depression within 12 hours. If it does, it would be given the local name Sarah – potentially the Philippines’ 19th tropical cyclone for 2019, and the 3rd for November. (READ: LIST: PAGASA’s names for tropical cyclones in 2019)