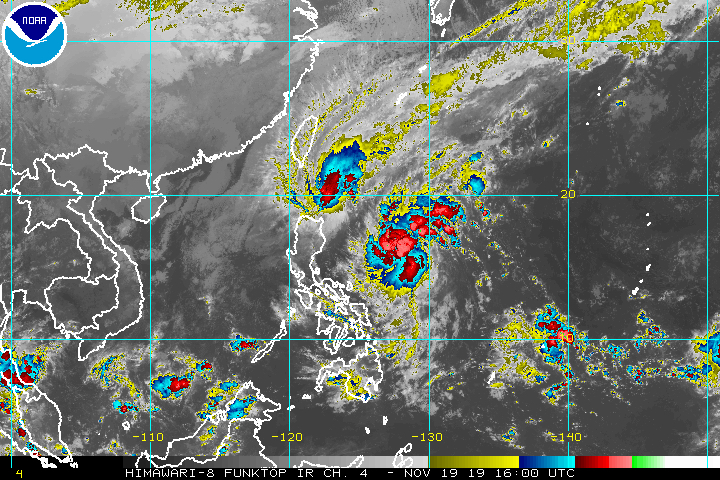 In a briefing past 11 pm on Tuesday, the Philippine Atmospheric, Geophysical, and Astronomical Services Administration (PAGASA) said Ramon is now 100 kilometers east northeast of Aparri, Cagayan, or 45 kilometers northeast of Santa Ana, Cagayan.

The typhoon is moving southwest – albeit slowly – after being almost stationary for most of Tuesday.

It continues to have maximum winds of 120 kilometers per hour (km/h), but its gustiness decreased from 165 km/h to 150 km/h.

Ramon is now expected to make landfall in the Santa Ana-Calayan area in the northern part of Cagayan between Tuesday evening and early Wednesday morning, November 20.

“Significant weakening is expected during and after landfall due to land interaction and the northeast monsoon,” added PAGASA.

This is the latest list of areas under tropical cyclone wind signals due to Ramon:

Ramon will also continue to trigger rain on Wednesday. Here is the rainfall outlook:

Thousands of residents have fled their homes ahead of Ramon’s landfall.

PAGASA again advised residents to remain on alert in case there are flash floods and landslides. According to the state weather bureau, flooding may be experienced in coastal areas under Signal Nos. 2 and 3 due to high waves. (READ: FAST FACTS: Tropical cyclones, rainfall advisories)

Classes have been suspended in some areas for Wednesday. (READ: #WalangPasok: Class suspensions, Wednesday, November 20, 2019)

Ramon could leave the Philippine Area of Responsibility (PAR) on Thursday, November 21. By then, it would have likely weakened into a low pressure area. 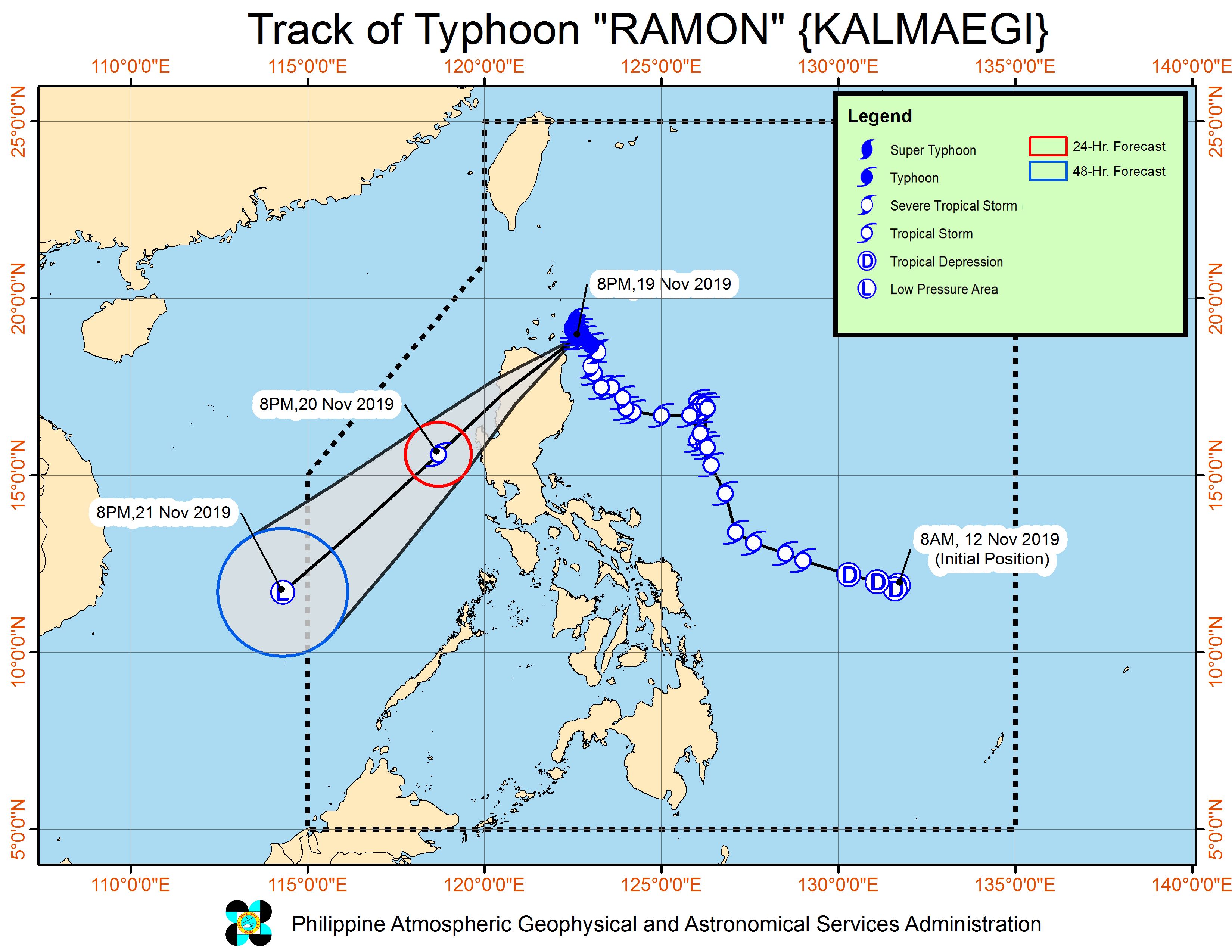 The tropical depression continues to have maximum winds of 55 km/h and gustiness of up to 70 km/h. But it could intensify into a tropical storm within 12 hours.

There are no tropical cyclone wind signals due to Sarah, so far. But like Ramon, it will bring rain to parts of Northern Luzon.

Sarah could also make landfall in Cagayan on Thursday.

If it maintains its speed and direction, it might leave PAR on Friday, November 22.

Sarah is the Philippines’ 19th tropical cyclone for 2019, and the 3rd for November. 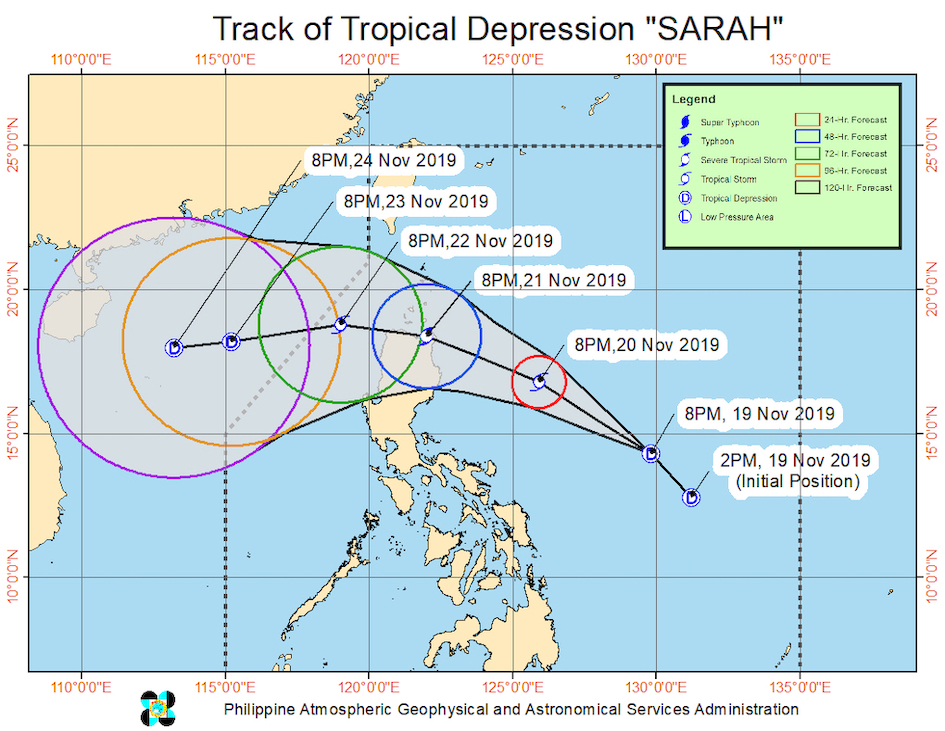