Nov 20, 2019 9:35 AM PHT
Acor Arceo
Facebook Twitter Copy URL
Copied
Ramon (Kalmaegi) is likely to keep getting downgraded within 24 hours, until it is only a low pressure area, but rain will persist on Wednesday, November 20 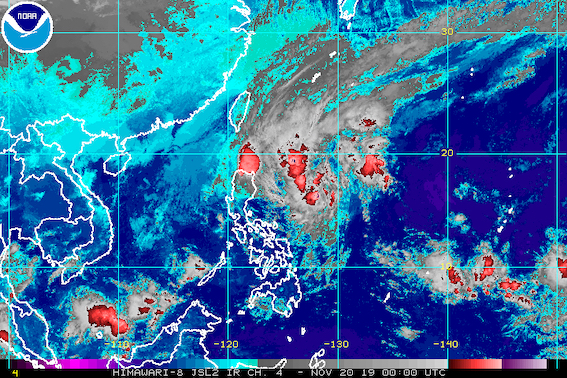 In a bulletin issued 8 am on Wednesday, the Philippine Atmospheric, Geophysical, and Astronomical Services Administration (PAGASA) said Ramon now has maximum winds of 85 kilometers per hour (km/h) from the previous 100 km/h and gustiness of up to 140 km/h from the previous 165 km/h.

PAGASA earlier said Ramon would “significantly weaken” after making landfall, “due to land interaction and the northeast monsoon.” It is likely to keep getting downgraded within 24 hours, until it is only a low pressure area.

The tropical storm is now in the vicinity of Tuguegarao City, Cagayan. It slightly accelerated, now moving southwest at 15 km/h from the previous 10 km/h, though still relatively slow.

Rain from Ramon will also persist throughout Wednesday. Though the tropical cyclone is weakening, residents must stay on alert, especially during periods of heavy rain. 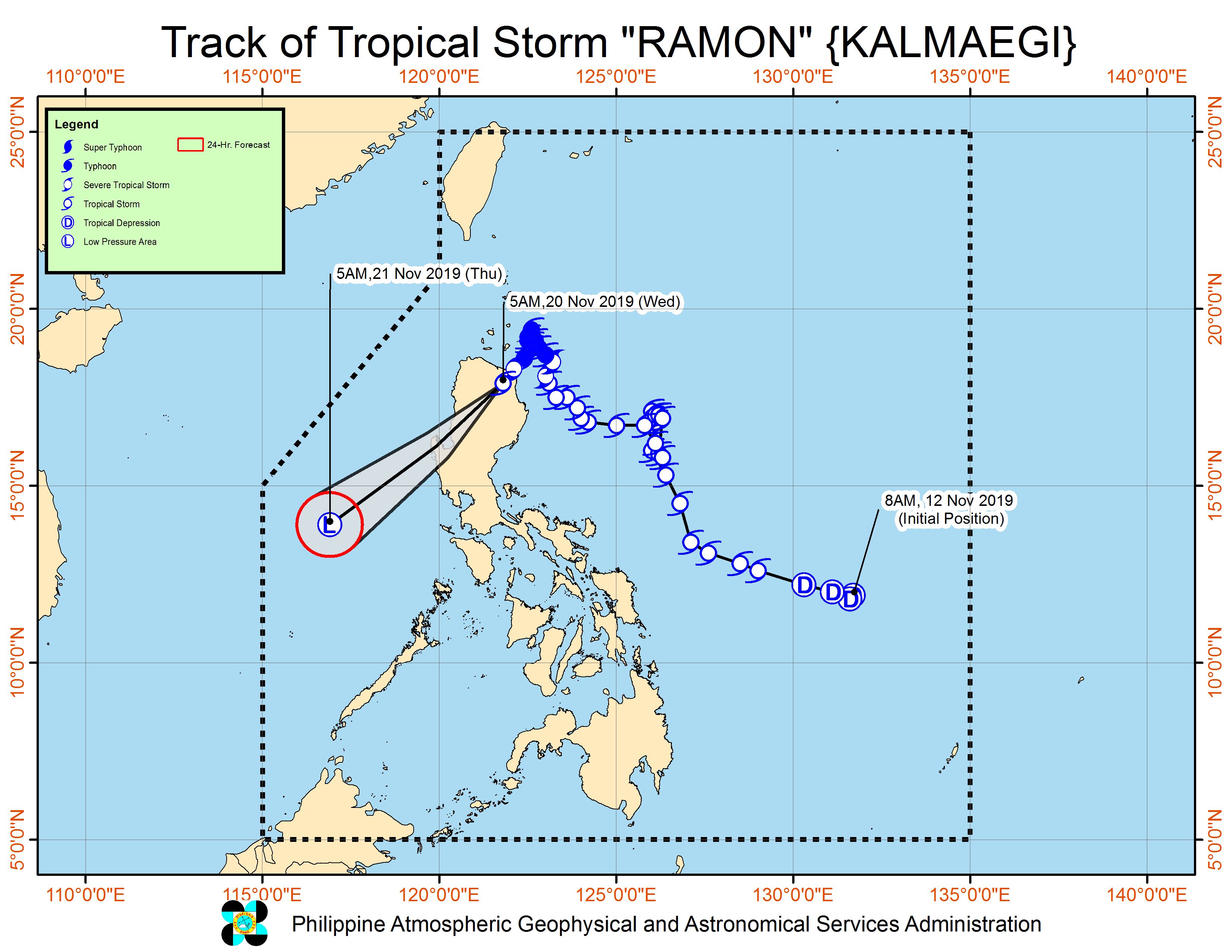 Aside from Ramon, PAGASA is also monitoring Tropical Depression Sarah, the country’s 19th tropical cyclone for 2019, and the 3rd for November.

Details of the latest forecast on Sarah, issued 5 am on Wednesday, can be found here.