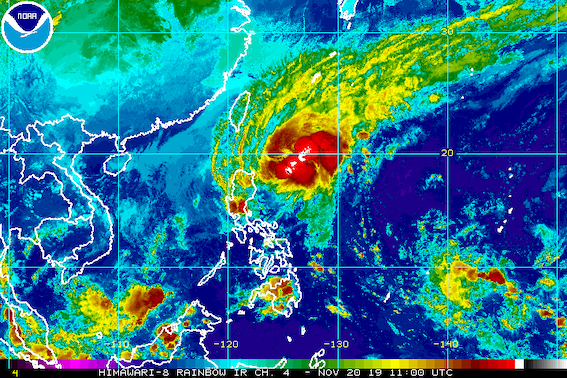 In a bulletin issued 5 pm on Wednesday, the Philippine Atmospheric, Geophysical, and Astronomical Services Administration (PAGASA) said the LPA which used to be Ramon is already in the vicinity of Carranglan, Nueva Ecija.

PAGASA earlier said Ramon would “significantly weaken” after making landfall, “due to land interaction and the northeast monsoon.”

Even though Ramon is just an LPA now, there will still be rain on Wednesday night in the following areas:

PAGASA added that strong to gale force winds will still prevail over Batanes and the Babuyan Group of Islands, while occasional gusty conditions may be experienced in the rest of Northern Luzon due to the surge of the northeast monsoon or hanging amihan.

Ramon was the Philippines’ 18th tropical cyclone for 2019, and the 2nd for November. 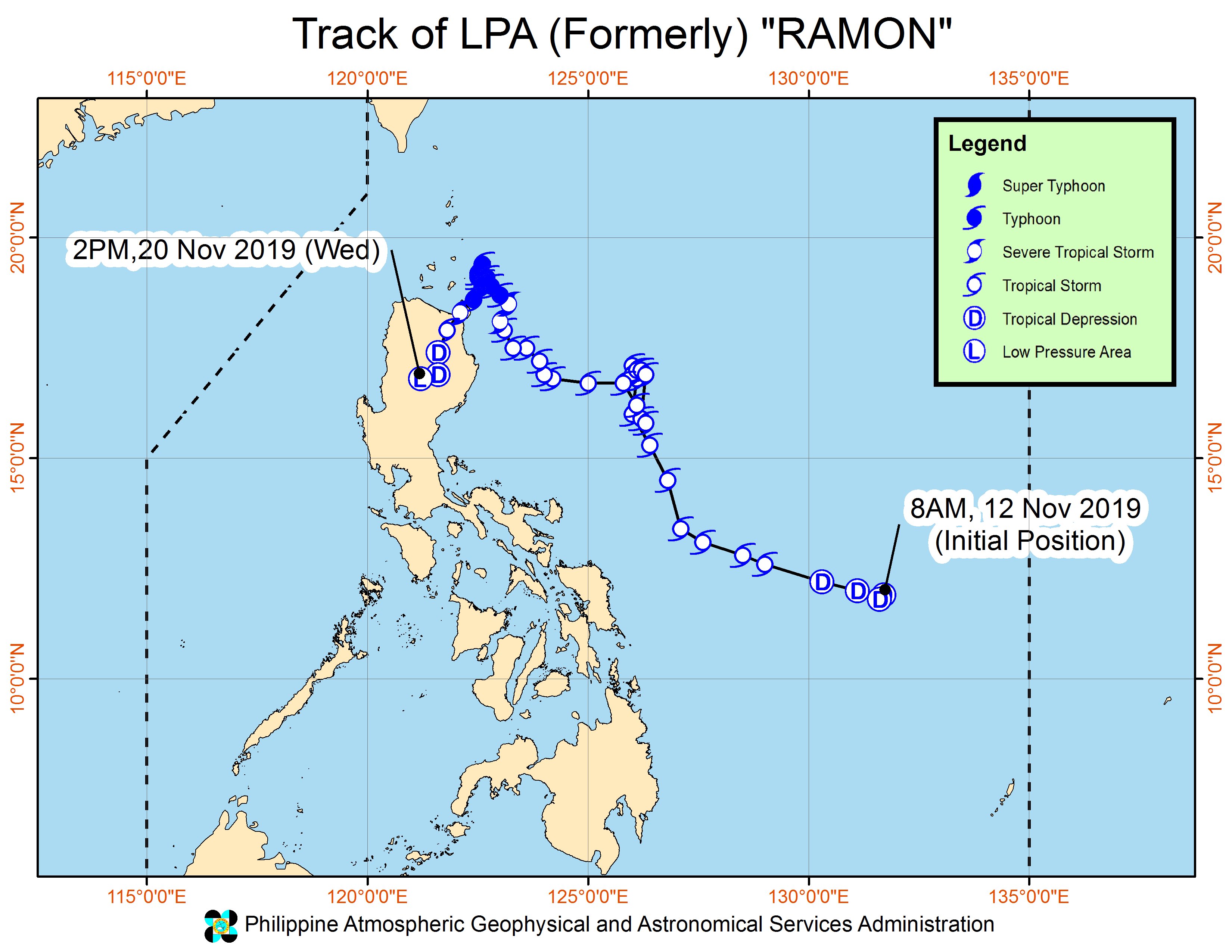 Meanwhile, Sarah is now 540 kilometers east of Tuguegarao City, Cagayan. It is moving north northwest at a relatively fast 30 kilometers per hour (km/h).

The tropical storm continues to have maximum winds of 65 km/h and gustiness of up to 80 km/h.

Here is the latest list of areas under Signal No. 1:

Sarah is expected to trigger rain on Thursday, November 21. Flash floods and landslides remain possible, especially in areas which were already hit hardest by Ramon.

Sarah might leave the Philippine Area of Responsibility on Saturday, November 23. It is the Philippines’ 19th tropical cyclone for 2019, and the 3rd for November. 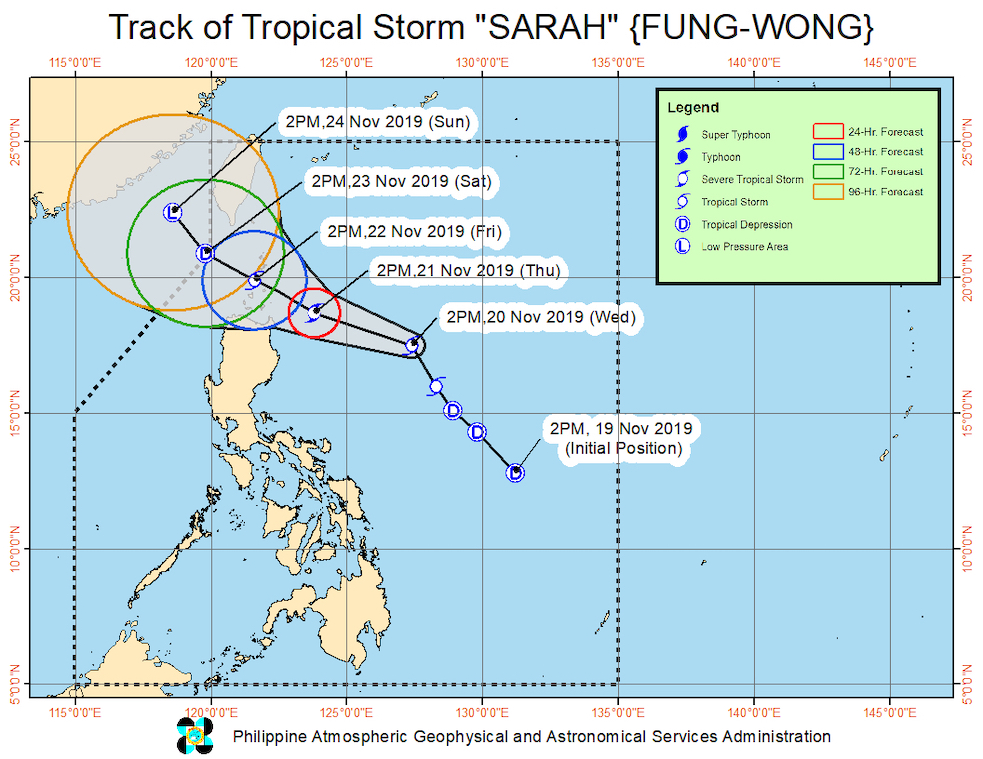