Nov 21, 2019 12:05 PM PHT
Acor Arceo
Facebook Twitter Copy URL
Copied
Only Batanes remains under Signal No. 1 due to Severe Tropical Storm Sarah (Fung-wong) as of 11 am on Thursday, November 21 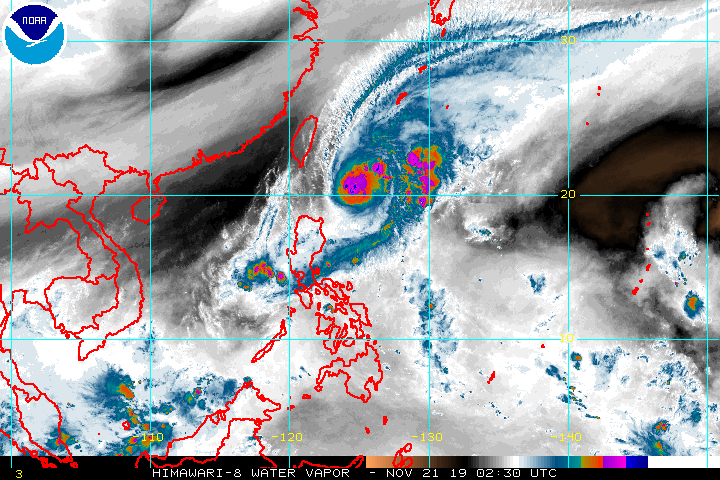 In a bulletin issued 11 am on Thursday, the Philippine Atmospheric, Geophysical, and Astronomical Services Administration (PAGASA) said Sarah now has maximum winds of 100 kilometers per hour (km/h) from the previous 95 km/h and gustiness of up to 125 km/h from the previous 115 km/h.

The severe tropical storm is already 275 kilometers east of Basco, Batanes. It is now moving west northwest at only 10 km/h from the previous 25 km/h.

Only Batanes remains under Signal No. 1, which means winds of 30 km/h to 60 km/h are expected in the province. Signal No. 1 has been lifted for the Babuyan Group of Islands.

But PAGASA said gusty conditions will still prevail in the northern and western parts of Northern Luzon, especially in coastal and mountainous areas, due to the surge of the northeast monsoon or hanging amihan.

Based on its latest forecast track, Sarah is no longer expected to make landfall in the Philippines. But the severe tropical storm’s trough or extension is bringing light to moderate rain with isolated heavy rainshowers to these areas:

It is expected to leave the Philippine Area of Responsibility (PAR) on Saturday. 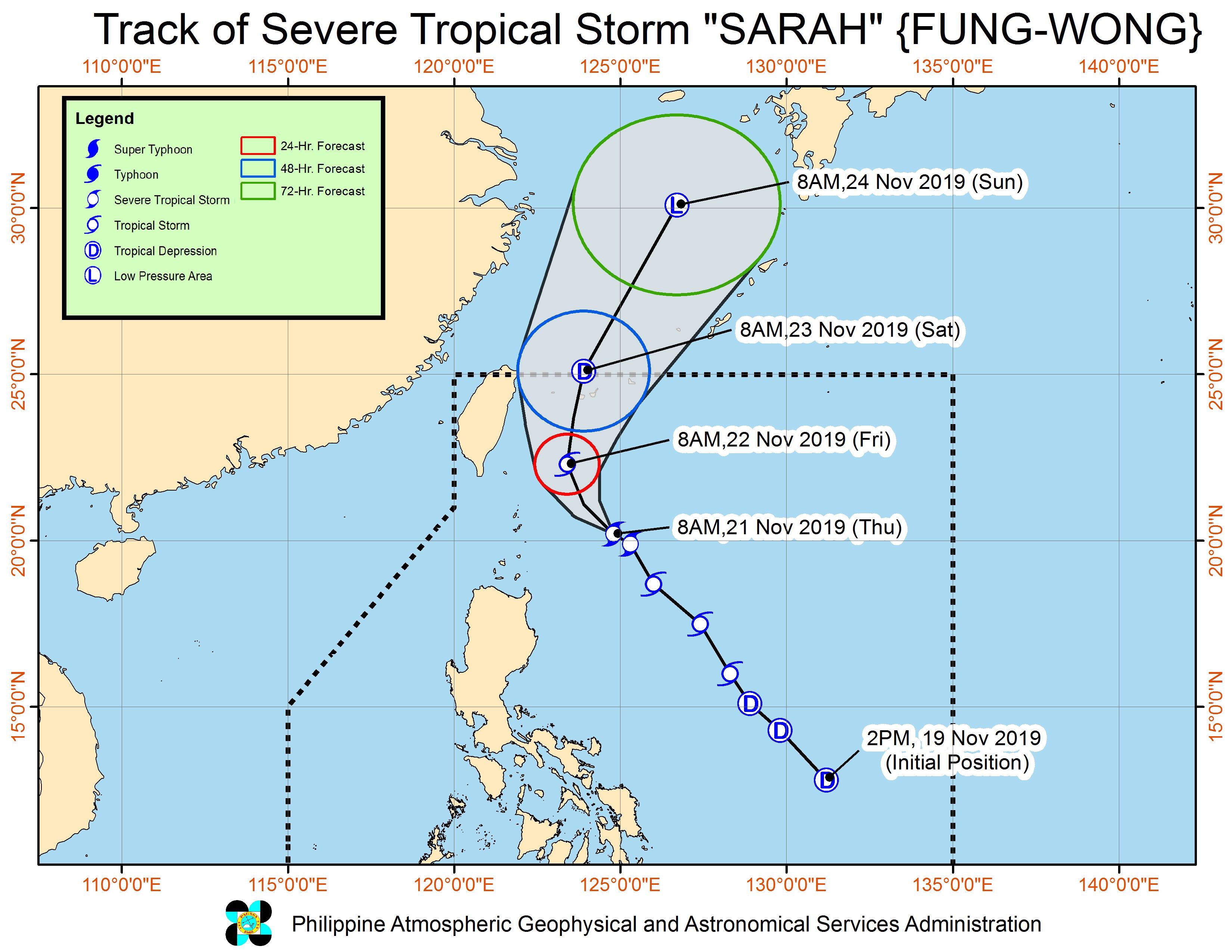 Meanwhile, the low pressure area (LPA) which used to be Ramon (Kalmaegi) is already 225 kilometers west southwest of Subic, Zambales. Ramon had made landfall as a typhoon in Santa Ana, Cagayan, at 12:20 am on Wednesday, November 20, then gradually weakened.

PAGASA Senior Weather Specialist Chris Perez said the LPA is expected to continue moving away from the Philippines and eventually leave PAR.