Signal No. 1 lifted as Sarah weakens, starts moving away

Nov 22, 2019 8:55 AM PHT
Acor Arceo
Facebook Twitter Copy URL
Copied
Since Severe Tropical Storm Sarah (Fung-wong) is moving away, the province of Batanes is no longer under Signal No. 1 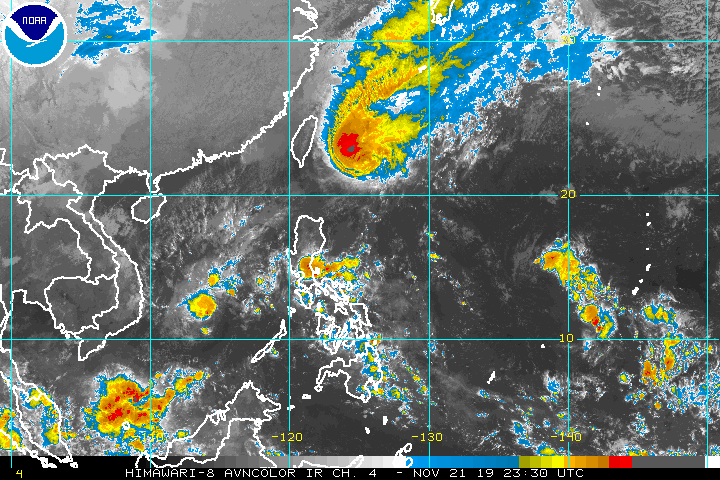 In a bulletin issued 5 am on Friday, the Philippine Atmospheric, Geophysical, and Astronomical Services Administration (PAGASA) said Sarah now has maximum winds of 95 kilometers per hour (km/h) from the previous 110 km/h and gustiness of up to 115 km/h from the previous 135 km/h.

The severe tropical storm is already 345 kilometers northeast of Basco, Batanes. It is moving north at a slightly faster pace of 20 km/h from the previous 10 km/h.

Since Sarah is moving away, the province of Batanes is no longer under Signal No. 1.

PAGASA noted, however, that gusts may still be experienced in Batanes and the Babuyan Group of Islands on Friday due to the surge of the northeast monsoon or hanging amihan. But this will “gradually weaken throughout the day,” added the state weather bureau.

Travel also remains risky, especially for small vessels, in the seaboards of Northern Luzon, particularly the areas below. This is due to the northeast monsoon.

Sarah did not make landfall in the Philippines, but its trough or extension earlier brought some rain to parts of Northern Luzon.

The severe tropical storm is expected to leave the Philippine Area of Responsibility (PAR) between Friday night and Saturday morning, November 23.

“It is forecast to gradually weaken as it moves towards the East China Sea in the next two days,” PAGASA added. 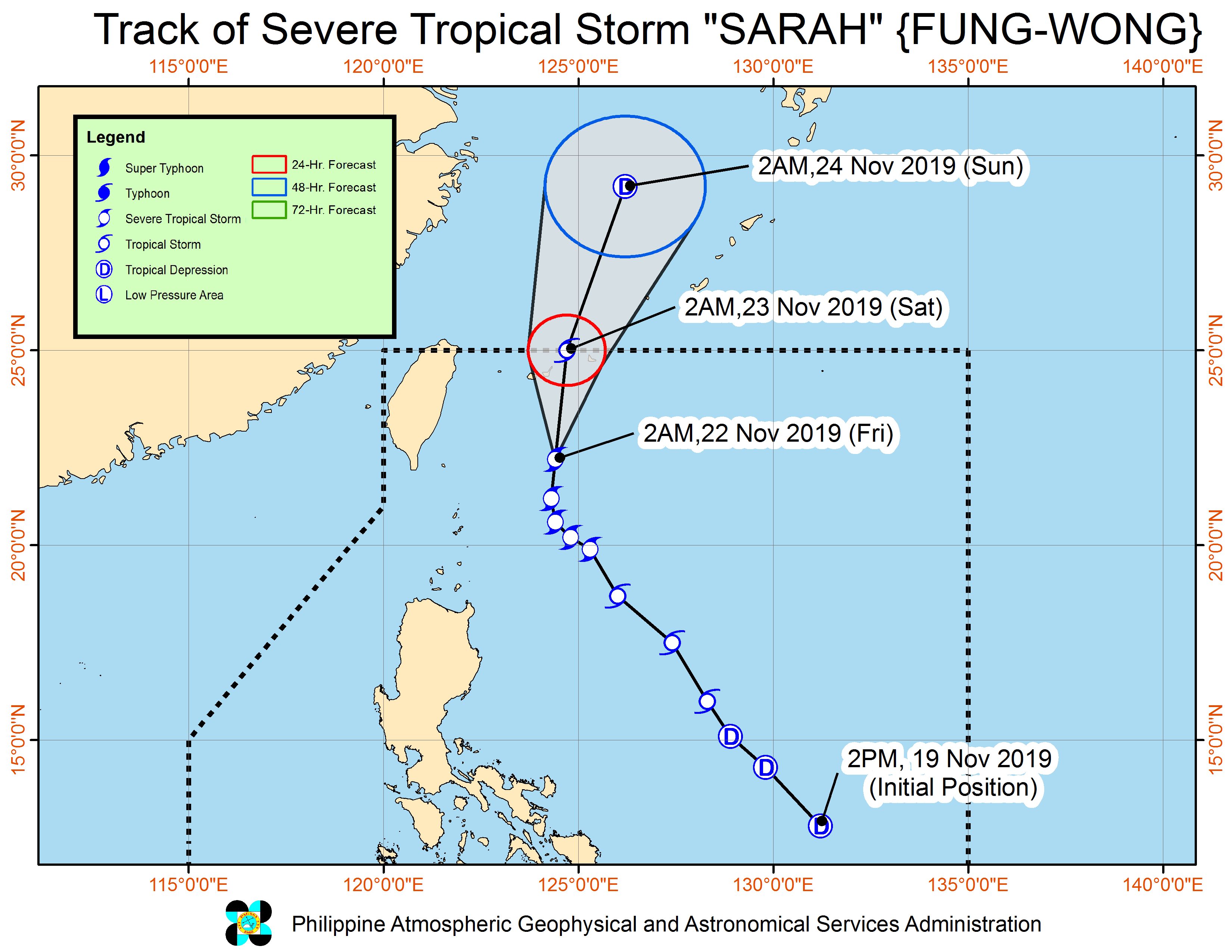 Meanwhile, the low pressure area which used to be Ramon (Kalmaegi) is already outside PAR, at 590 kilometers west of Coron, Palawan.

Ramon had made landfall as a typhoon in Santa Ana, Cagayan, at 12:20 am on Wednesday, November 20, then gradually weakened.