Typhoon Kammuri strengthens as it slowly heads for PAR 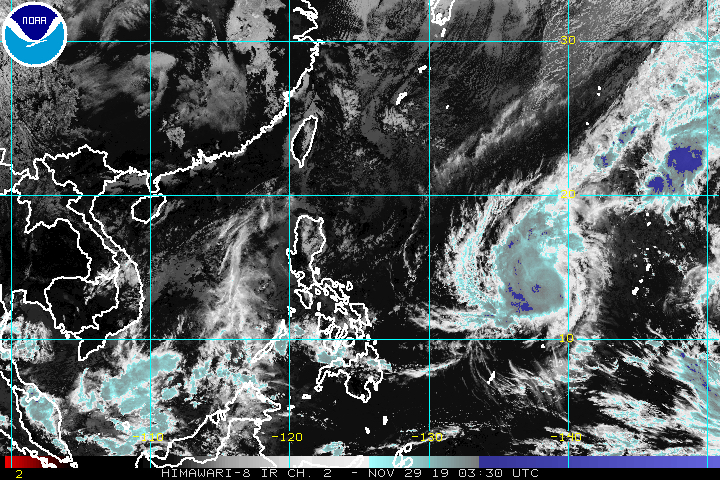 MANILA, Philippines – Typhoon Kammuri gained more strength as it continued to make its way toward the Philippine Area of Responsibility (PAR) on Friday morning, November 29.

In a press briefing past 11 am on Friday, the Philippine Atmospheric, Geophysical, and Astronomical Services Administration (PAGASA) said Kammuri now has maximum winds of 140 kilometers per hour (km/h) from 120 km/h exactly a day ago, and gustiness of up to 170 km/h from 150 km/h.

According to PAGASA, Kammuri is likely to steadily intensify since it remains over water, but it may remain within typhoon category.

“The intensification of Kammuri into a super typhoon is less likely at this time, but not ruled out,” added PAGASA.

It is expected to enter PAR between Saturday, November 30, and Sunday, December 1, if it maintains its current speed and direction.

As early as Sunday, PAGASA may raise Signal No. 1 in the eastern part of the Bicol-Eastern Visayas area. This means winds of 30 km/h to 60 km/h may be experienced there in 36 hours – an advanced warning given so residents can prepare.

Starting Monday, December 2, Kammuri or the potential Tisoy could trigger moderate to heavy rain and thunderstorms in Bicol, Samar, Northern Samar, and Eastern Samar. These areas would be the first to experience rain from the typhoon.

Landfall is possible in the Bicol area on Tuesday, December 3.

On Tuesday until Wednesday morning, December 4, most areas in Central Luzon, Bicol, Southern Luzon, and Metro Manila may experience heavy to intense rain and strong winds as Kammuri crosses landmass.

These include areas where the 2019 Southeast Asian (SEA) Games are being held.

PAGASA Senior Weather Specialist Chris Perez also emphasized that since Kammuri would have a wide diameter – possibly reaching around 300 to 400 kilometers – it would affect more areas.

(Even though the eye of the typhoon will cross Southern Luzon, due to its wide diameter it will also affect parts of Northern Luzon, then generally Central Luzon, then some parts of Eastern Visayas.)

By Wednesday morning, Kammuri is likely to have made its exit from landmass, but it will still be inside PAR. 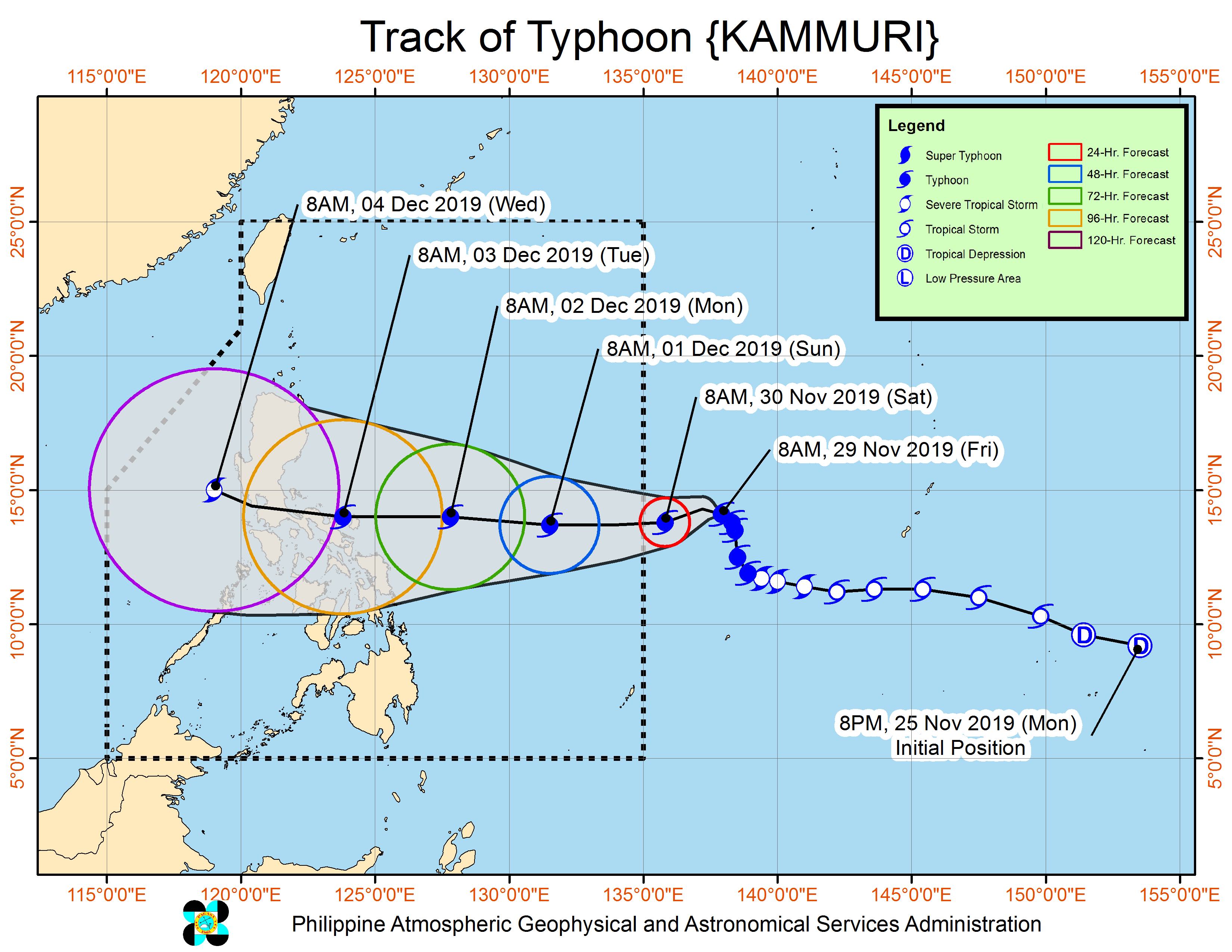 PAGASA warned that areas in the typhoon’s path are at risk of flash floods and landslides. Local government units and residents are advised to prepare ahead of time.

PAGASA also earlier said it is coordinating with the Philippine Southeast Asian Games Organizing Committee for weather updates specifically for venues of the SEA Games events.