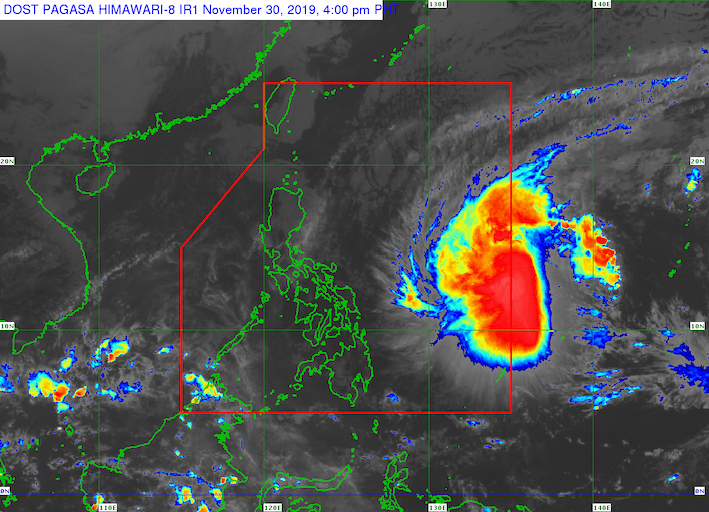 MANILA, Philippines (UPDATED) – The typhoon with the international name Kammuri entered the Philippine Area of Responsibility (PAR) at 4 pm on Saturday, November 30. It has been given the local name Tisoy.

In a briefing past 5 pm on Saturday, the Philippine Atmospheric, Geophysical, and Astronomical Services Administration (PAGASA) said Tisoy is already 1,165 kilometers east of Virac, Catanduanes.

It is still moving west southwest at 15 kilometers per hour (km/h).

Tisoy maintained its strength as it entered PAR, with maximum winds of 150 km/h and gustiness of up to 185 km/h.

The typhoon is expected to make landfall in Bicol between Monday afternoon, December 2, and early Tuesday morning, December 3.

Signal No. 1 is now raised in the following areas:

Even before Tisoy’s entry, PAGASA had warned that it would bring strong winds which may be destructive.

Aside from strong winds, the typhoon will also bring heavy rain beginning Monday. Below is PAGASA’s rainfall outlook:

PAGASA warned that Tisoy may cause flash floods and landslides, especially near rivers, in low-lying communities, and in mountainous areas. Residents are advised to prepare and heed authorities’ warnings.

Some of the areas in the typhoon’s path are serving as venues for the 2019 Southeast Asian Games, which is formally opening with a ceremony at the Philippine Arena in Bulacan on Saturday and will be held until December 11.

PAGASA earlier said it is coordinating with the Philippine Southeast Asian Games Organizing Committee for weather updates specifically for the venues.

Maritime trips are expected to be canceled due to the approaching typhoon. (READ: FAST FACTS: Tropical cyclones, rainfall advisories)

Based on its latest forecast track, Tisoy is expected to leave PAR on Thursday afternoon, December 5. 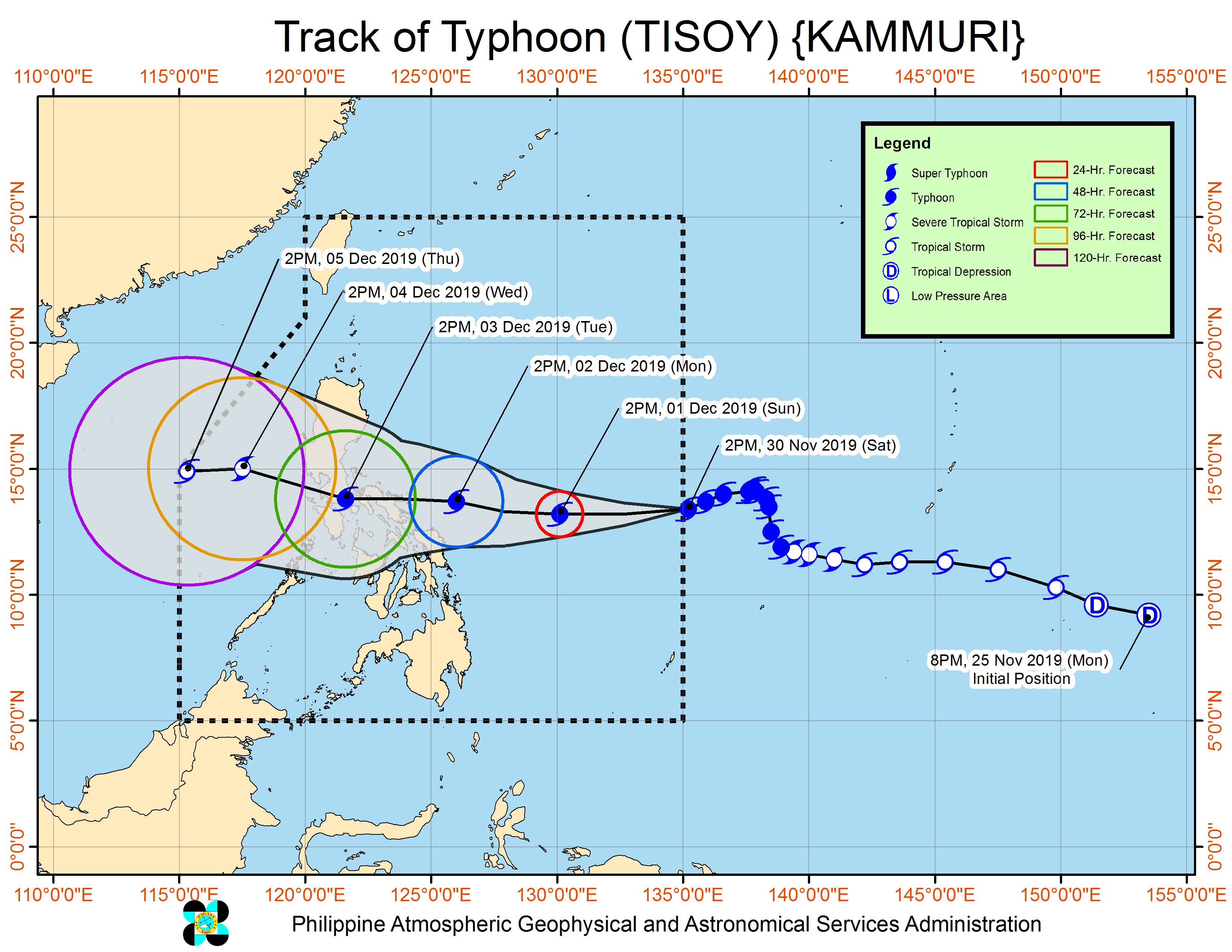 The state weather bureau said on Saturday morning that it spotted a new low pressure area (LPA) outside PAR, more than 3,000 kilometers east of Mindanao.

This LPA could intensify into a tropical depression and will be monitored.