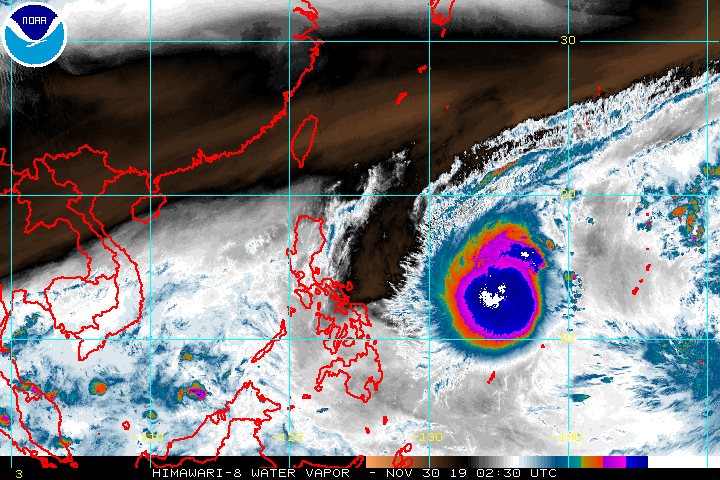 In a briefing past 11 am on Saturday, the Philippine Atmospheric, Geophysical, and Astronomical Services Administration (PAGASA) said Kammuri is already 1,220 kilometers east of Southern Luzon.

It is moving west southwest at 15 kilometers per hour (km/h), slightly slower than its pace of 20 km/h before dawn on Saturday.

According to PAGASA, Kammuri is likely to intensify further before it makes landfall, still within typhoon category.

“Intensification into a super typhoon is less likely at this time, but not ruled out,” added PAGASA.

PAGASA Weather Specialist Raymond Ordinario emphasized that Kammuri will be powerful even if it remains to be a typhoon and does not strengthen into a super typhoon.

Ordinario clarified that when the typhoon enters, it won’t have any immediate, direct effect yet since it is still making its way toward land. Weather on Saturday will still generally be fair, with just isolated rain.

Once Kammuri is already inside, Signal No. 1 may be raised in Northern Samar and Eastern Samar. This means winds of 30 km/h to 60 km/h may be experienced there in 36 hours – an advanced warning given so residents can prepare.

Landfall is forecast in the Bicol area on Tuesday, December 3, possibly in Catanduanes.

On Tuesday until Wednesday, December 4, most areas in Central Luzon, Southern Luzon, and Metro Manila will experience strong winds and heavy rain as Kammuri crosses landmass. (READ: Typhoon Kammuri track may be like Glenda in 2014, Reming in 2006)

(Our crucial time is between Tuesday and Wednesday, so we should undertake all preparations before we feel the effects of the strong typhoon approaching our country.) 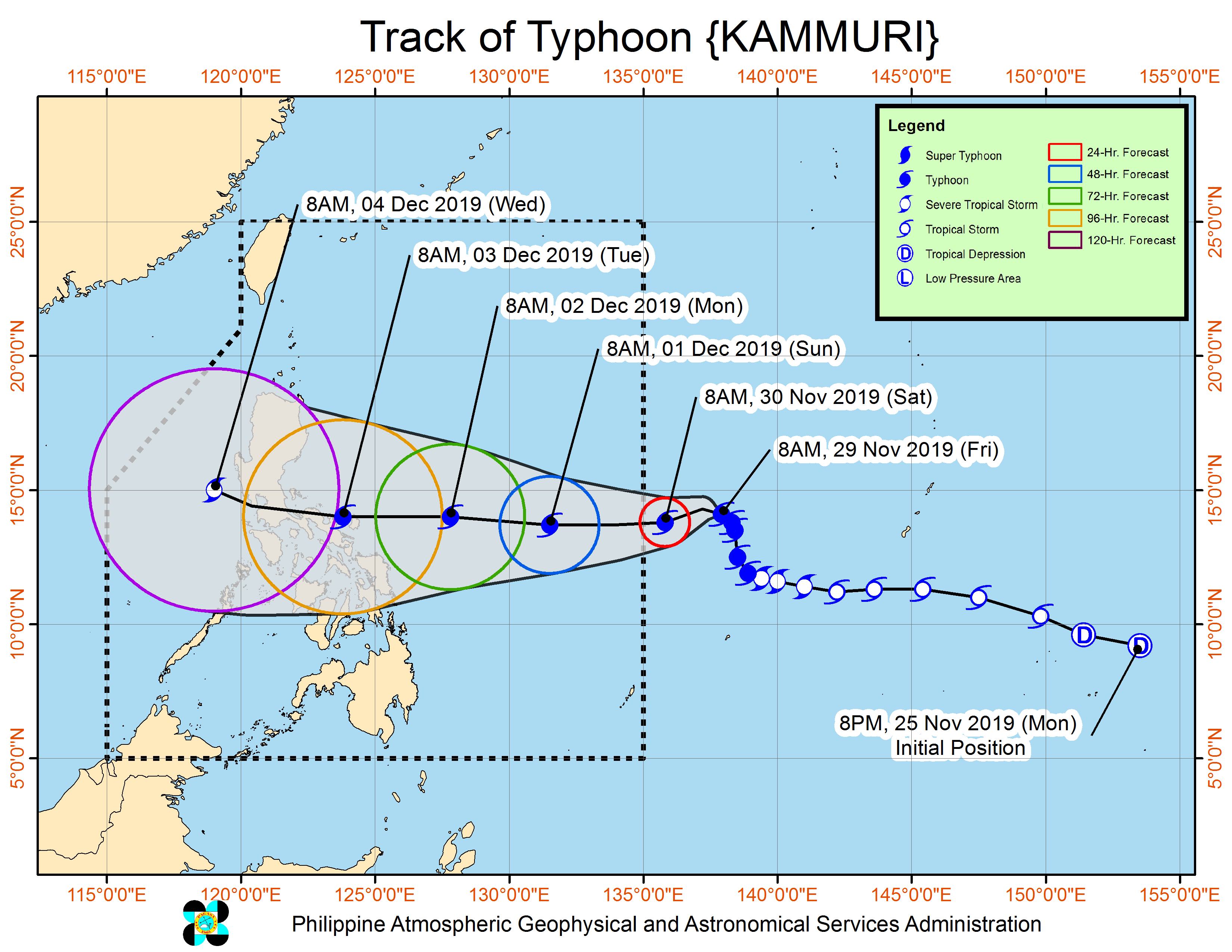 Some of the areas in the typhoon’s path are serving as venues for the 2019 Southeast Asian (SEA) Games. PAGASA earlier said it is coordinating with the Philippine Southeast Asian Games Organizing Committee for weather updates specifically for the venues.

PAGASA warned that flash floods and landslides are possible, especially in low-lying communities and in mountainous areas. Strong winds could also be destructive.

Ordinario said the LPA could intensify into a tropical depression. It will be monitored in the coming days.